Subtle, Yet Sexy: How Pheromones Can Change Your Perception of Attractiveness

Have you ever found someone particularly sexy without knowing why? It could be that you are lured in by their... 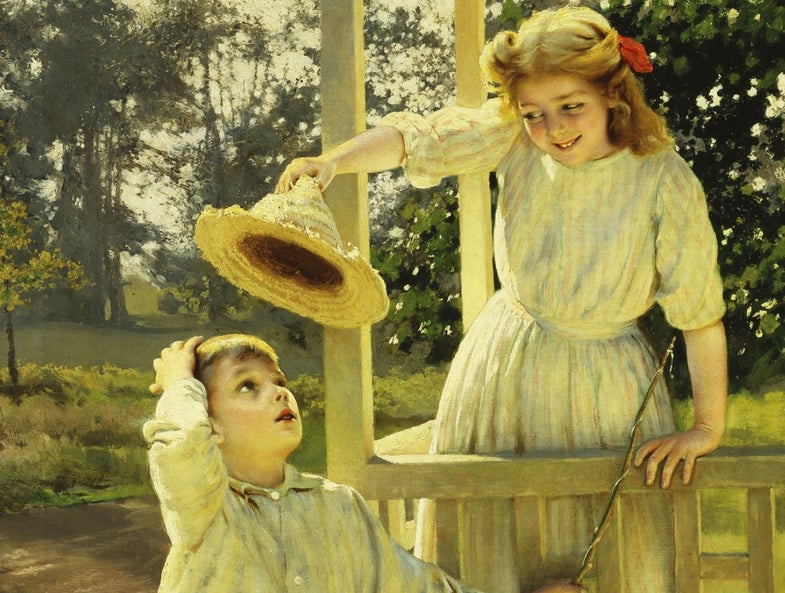 Have you ever found someone particularly sexy without knowing why? It could be that you are lured in by their pheromones, invisible chemical signals that can subtly alter a person’s mood, mindset, or behavior. According to new research published last week in Current Biology, men and women give off different signals, but you subconsciously only respond to the gender you find attractive. And when you smell these pheromones, the object of your affection instantly appears even sexier in your mind.

Some researchers think that sex pheromones work by sending subconscious signals about your gender* to nearby people. In theory, men and women each have a distinct signal in order to “notify” potential romantic partners of their presence and help influence their attraction.

As a biological scientist, I was initially skeptical of the new study because, despite many attempts, no one has ever definitely shown that human pheromones exist. Humans lack a pheromone-detecting structure called a [vomeronasal organ](http://vomeronasal/ organ), which is found in other pheromone-sensing mammals such as rodents, elephants, and some monkeys. The vomeronasal organ contains a special set of nerves that excite a region of the brain called the hypothalamus whenever pheromones are in the air. A few studies (here and here) have pointed to the existence of such a structure, but none have yet found a nerve connection to the brain.

Randy Reed, who studies molecular mechanisms of smell at Johns Hopkins School of Medicine and was not involved in this particular study, said that he is of the opinion that “[the] molecular and anatomical components responsible for rodent pheromone detection do not exist in humans.” It’s possible that humans may instead use their main sense of smell to sense pheromones, as has been shown for pigs, but this hasn’t been demonstrated either.

Despite this major misgiving, I was still intrigued by the new research because the ideas had some factual basis. In a 2005 study, the same pheromones from the new study excited the hypothalamus in men and women in a gender-specific way (i.e., only the pheromone from the gender they found attractive excited their brain). So perhaps Wen Zhou and her colleagues at the Chinese Academy of Sciences Institute of Psychology, who authored the new study, are on to something.

Zhou and her team tested the perception-altering ability of the sex pheromones (androstadienone, found in men’s sweat and semen, and estratetraenol, found in women’s urine) in four different groups: heterosexual women, heterosexual men, homosexual men, and homosexual/bisexual women. The reason they used this mix of different sexual orientations was to tease out what had a greater influence over pheromone sensitivity: the gender of the participant or the gender that they found attractive.

The study participants watched a series of videos of a walking human silhouette with dots marking the arms, legs, hips, and shoulders, known as a “point-light walker.” These walkers had a range of struts on a scale from masculine to gender-neutral to feminine, and the participants were asked to say whether the video showed a man or a woman.

What the participants didn’t know is that, at the same time, they were inhaling pheromones, masked by the strong scent of cloves. Each group was exposed to both the male and female pheromones at different times, and sometimes the solution of cloves did not contain pheromones in order to make sure the scent itself had no impact on gender perception. The study also tested a third human chemical found in sweat (isovaleric acid) of both men and women, ensuring that gender perception wasn’t influenced solely by the presence of any old chemical found in people.

To the surprise of this skeptic, the experiments panned out exactly as you would expect if human pheromones were really sending subtle cues about gender: In general, the participants only responded to the pheromones from the gender to which they were attracted. Under the influence of female but not male pheromones, heterosexual men more often rated gender-neutral silhouettes as feminine. Likewise, heterosexual women and homosexual men saw gender-neutral silhouettes as masculine when exposed to male pheromones, but not female ones.

Interestingly, pheromones seemed to have no sway over the homosexual/bisexual women in the group. This could have been due to the way the group was selected or their attractions to both males and females.

Zhou and her research team admit that there’s still a lot of follow-up work to be done before we can know for sure if sex pheromones exist in humans. One criticism of the silhouette study is that it used levels of pheromones many times higher than what a person would encounter in nature. These sex pheromones are most strongly present in parts of the body that you wouldn’t go nosing into unless you were, er, familiar with an individual (semen and armpits for the male pheromone and urine for the female pheromone). It’s unclear if the responses would have been as strong between two people just chatting at a bar, where these body parts would be covered up.

Nonetheless, based on their analysis, I have to agree with Zhou’s findings that these so-called “sex pheromones” could influence how the study participants perceived gender. Reed was “impressed with the thoughtfulness and careful design of the experiments,” and so was I. The data was solid and strongly supported the hypothesis (based on a statistical “p-value“). Their experimental design had a number of logical controls, meaning that they really thought about how to minimize the impact of outside factors on their results. A key aspect of evaluating science is keeping an open mind, and this study certainly made me consider that human pheromones could exist and be influencing human sexual attraction.

So, are pheromones really driving your attraction to that good-looking stranger on the bus? Zhou’s study adds to the growing body of evidence that it’s possible human pheromones exist, but their influence on attraction should be taken with a grain of salt. Pheromones could be influencing attraction, but it’s more likely a combination of factors with pheromones playing some small role. Visual cues, body language, and the quintessential “chemistry” of how your personalities mesh all play into your perception of a romantic encounter as well. How does this translate to your attraction to that inexplicably sexy stranger? They’re probably wooing you with their personality, body language, and smile, rather than their pheromones.

_*We went back and forth about whether to use the word sex or gender here. (Yes, they are different). The researchers use gender, and we stuck with that. _