Here are some links to stories on infestations, contagions, and controls from around the web this past month. Have more?... 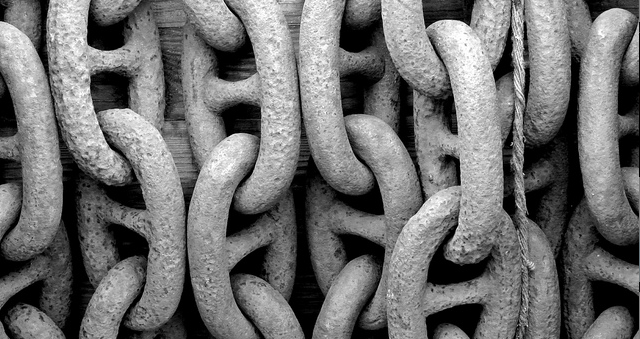 Here are some links to stories on infestations, contagions, and controls from around the web this past month. Have more? Add them in the comments.

There’s an Ebola outbreak in Guinea, a rare but much-feared hemorrhagic fever, and a lot of people are talking about it. The Ebola strain originated 2000 miles away, and experts are trying to figure out how exactly the virus traveled over such a great distance. It’s a sobering reminder that deadly disease that appears contained in one part of the world can easily break out under the right circumstances. Already, the outbreak has moved to neighboring Liberia.

Measles appeared in New York City, and some have blamed the anti-vaccine movement.

A possible new deadly virus may have appeared in China.

Climate change may allow malaria to spread to new altitudes, reports the BBC. And speaking of malaria, Ed Yong has a superb longread at Mosaic on how malaria defeats drugs.

A new study says the Google Flu Trends has accuracy problems. Alexis Madrigal at the Atlantic defends the tracker.

Researchers say that influenza mutations are behind the flu vaccine’s poor showing in 2012. Still, despite the fact that the vaccine didn’t match the circulating virus very well that year, the Centers for Disease Control says it still helped reduce serious flu-related illness in both the 2011-12 season and the year before.

Alex Broom at The Conversation says doctors over-prescribe antibiotics and explains why, and the CDC says a lot of hospitals are overusing or misusing the drugs.

Pagan Kennedy has a disturbing piece on antibiotics and obesity in the New York Times. If the drugs cause livestock to fatten up, Kennedy asks, what about people?

And Brendan Borrell has a lovely profile at Nautilus on a tuberculosis researcher (whose work is indirectly related to antibiotic treatments) who is going blind. A must read.

Brian Barth at Modern Farmer tells us one way to combat invasive species is to eat them.

A genetically engineered Chestnut tree might bring back a species decimated by a fungus. Ferris Jabr has a great story on the project in Scientific American.

Alexa Kurzius at Modern Farmer has an interesting piece on using genomics to control agricultural weeds.

Brandon Keim at Wired explained how some rootworm species have grown resistant to Bt corn. (I maintain this is a stewardship issue, and is not unique to GMOs).

Researchers in Queensland are attaching tiny radio trackers to fruit flies in order to map swarms. The ultimate goal is to release sterile flies to help lower the fly population to protect crops. Sounds like science fiction but it’s real—the Conversation explains.

And Retro Report has a great story on the medfly debacle of the eighties.

Researchers tricked flies into falling in love with a ball of wax by zapping them with lasers.

Dan Kois has an op-ed at Slate arguing that yes, kids with lice should be allowed to go to school. Let the lousy kids learn!

Rebecca Kreston’s wonderful Body Horrors blog at Discover tells us all about Salmonella and reptiles.

And William Storr has a great book excerpt at Matter on Morgellons disease. Equal parts horrifying and fascinating.