Events In Your Past Determine Which Microbes Live On You 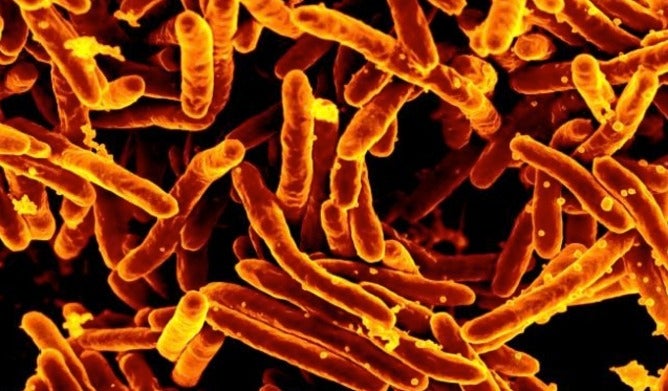 Trillions of microbes live in and on our body. We don’t yet fully understand how these microbial ecosystems develop or the full extent to which they influence our health. Some provide essential nutrients, while others cause disease. A new study now provides some unexpected influences on the contents of these communities, as scientists have found that life history, including level of education, can affect the sorts of microbes that flourish. They think this could help in the diagnosis and treatment of disease.

A healthy human provides a home for about 100 trillion bacteria and other microbes. These microbes are known as the microbiome, and normally they live on the body in communities, with specialised populations on different organs.

Evolution has assured that both humans and bacteria benefit from this relationship. In exchange for somewhere to live, bacteria protect their hosts from harmful pathogens. Past analysis of the gut microbiome has shown that, when this beneficial relationship breaks down, it can lead to illnesses such as Crohn’s disease, a chronic digestive disorder.

One of the largest research projects looking at the delicate connection between humans and their resident microbes is called the Human Microbiome Project (HMP). As part of the project, hundreds of individuals are being sampled for microbes on various parts of their bodies, with the hope that the data will reveal interesting relationships.

In the new study, published in Nature, Patrick Schloss at the University of Michigan and his colleagues set out to use data from the HMP to investigate whether events in a person’s life could influence their microbiome.

Their data came from 300 healthy individuals, with men and women equally represented, ranging in age between 18 and 40. Life history events, such as level of education, country of birth, diet, and recent use of antibiotics were among 160 data pieces were recorded. Finally, samples were swabbed from 18 places across the body to analyse their microbiome communities at two different time intervals, 12 to 18 months apart.

Lack of such knowledge means that Schloss cannot explain odd correlations, such as why women with a baccalaureate degree have specific communities in their vaginal microbiome.Those swabs underwent genomic analysis. A select group of four bacterial communities were selected to test what proportion of each was found on different body parts. That data was then compared with life history events. Only three life history events out of about 160 tested could be associated with a specific microbial community. These were: gender, level of education, and whether or not the subject was breastfed as a child.

This complicated issue may help diagnosis and treatment of illnesses. “If a certain community of bacteria is associated with a specific life history trait,” Schloss said, “it is not such a stretch to imagine that there may be microbiome communities associated with illnesses such as cancer.”

To be sure, these associations are only correlations. Neither Schloss nor hundreds of other scientists working on microbiome data can be sure why certain communities end up on certain body parts of only certain individuals. “We really don’t have a good idea for what determines the type of community you’ll have at any given body site,” Schloss said.

Lack of such knowledge means that Schloss cannot explain odd correlations, such as why women with a baccalaureate degree have specific communities in their vaginal microbiome. Because level of education is also associated with a range of other factors such as wealth and social status – we can’t know that it is only education affecting the vaginal microbiome. Janneke Van de Wijgert at the University of Liverpool said, “I think that it is impossible to tease out the individual effects of education, sexual behaviour, vaginal hygiene behaviour, ethnicity, and social status.”

Van de Wijgert believes the data has other limitations. “The study population of a mere 300 was homogenous and healthy – young, white women and men from Houston and St Louis – which likely means that much additional microbiome variation has been missed.”

With better tools, genomic data analysis has substantially improved since the project launched in 2008. Van de Wijgert thinks that future studies need to sample a lot more individuals and look for changes at shorter time intervals.

She is hopeful that microbiome data can be used to improve medicine, make it more tailored to individual. But before manipulations of the microbiome are used to treat illnesses, she said, it should be confirmed that the offending bacteria communities cause – and are not symptom of – disease. If the bacteria causes an illness, then efforts can be made – such as a change in diet or microbial transplant – to treat disease.