The Livewire can quietly reach 60 mph in under four seconds. 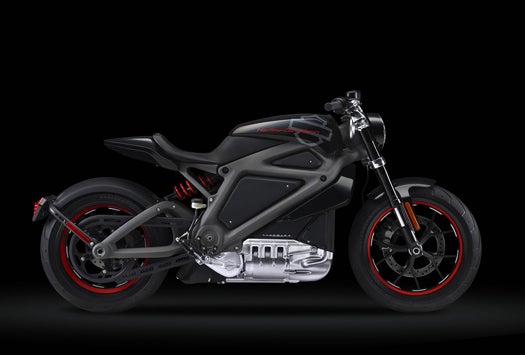 For 111 years, the Harley Davidson has been known for many things—freedom, leather, and, most of all, its rumbling V-twin engine. This summer, Harley took a step in a new, quieter direction when it introduced Project Livewire, its first battery-powered bike. The Livewire has a lightweight aluminum frame rather than the classic tubular-steel version, and a 74-horsepower electric motor. With nearly 100 percent of its 52 foot-pounds of torque available instantly, it can hit 60 mph in under four seconds.

Several niche companies have marketed electric bikes over the past few years, but Harley’s entry into the market is telling. The manufacturer sees the technology as a way to court new riders. This fall, before the motorcycle goes into production, Harley will take it on a tour of 30 dealers on both coasts to get feedback. If customers approve, the company will sell the bike, or some version of it—a move that could shape the industry for years to come. What remains uncertain: Can anyone still rock a bandanna on a plug-in?

1) Ford will add adaptive steering into some models in 2015. The technology, thus far limited to luxury vehicles, varies the steering ratio with the speed, making parking easier and adding stability at high speeds.

2) Toyota has donated 208 used Camry Hybrid batteries to Yellowstone National Park, which when paired with solar panels and onsite micro-hydro turbine systems will power a cluster of five remote outbuildings.

3) San Francisco startup Cruise Automation is making a $10,000 sensor system (due out next year) that mounts to the roof of Audi A4 and S4 sedans, and enables semi-autonomous driving on highways.