This Is The Fastest Zero-Emission Motorcycle

The Mission R gives gas guzzlers a run for their money. 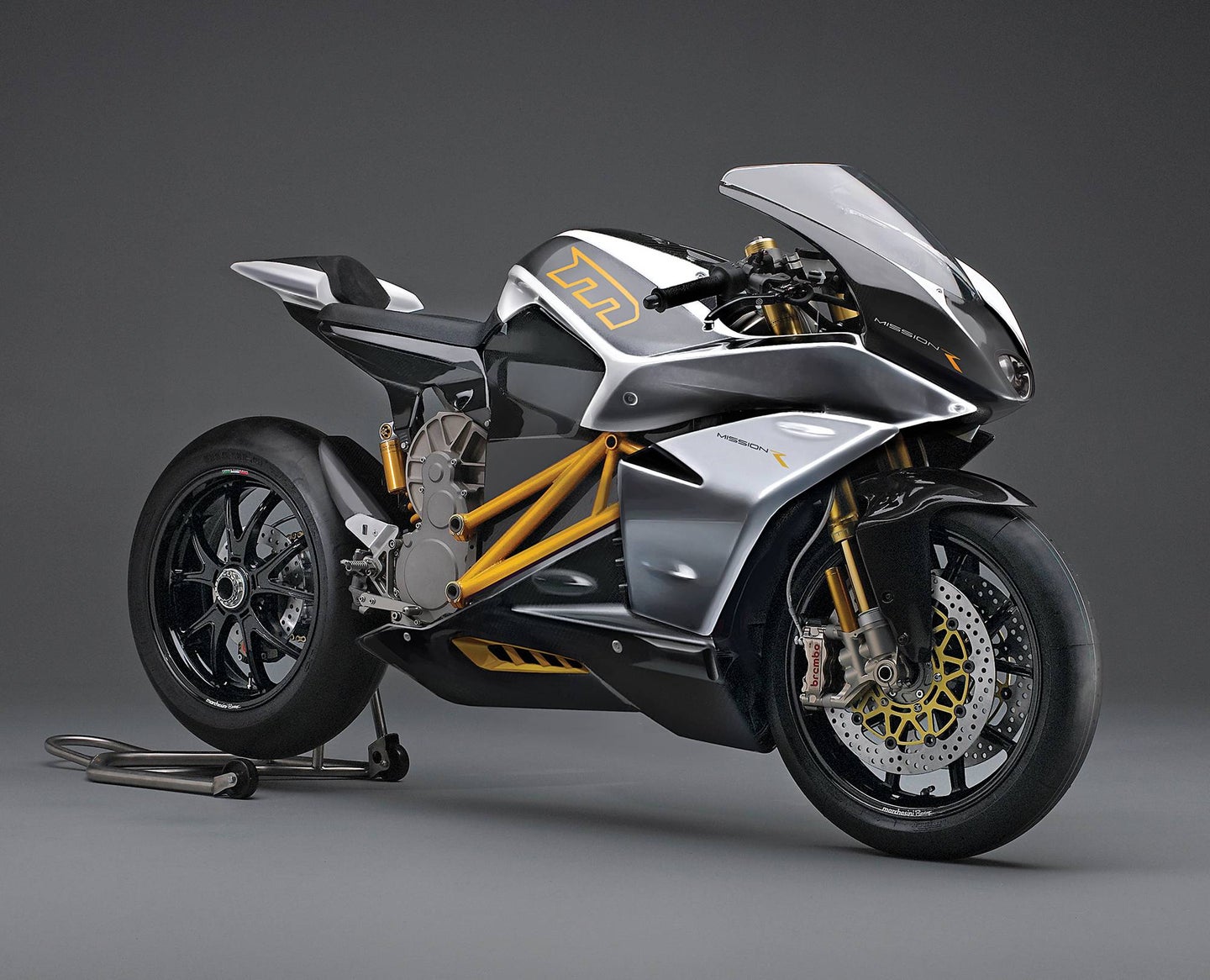 Two years ago, engineers at Mission Motors, a California electric-vehicle manufacturer, set their prototype loose at the 2.238-mile Laguna Seca Raceway. The bike clocked a lap time of 1:31.3, nearly 13 seconds faster than any other electric bike and almost as fast as a 600cc gas guzzler. In 2014, the company will release the street-legal version of that bike, the Mission R. Despite its massive battery and thanks to a custom chassis and motor, the bike is both compact and powerful enough to chase down its conventionally powered competition.

Engineers kept the 550-pound bike about the same size as a gas-powered one. The motor doubles as the rear swingarm mount, which holds the axle and suspension, and the battery anchors the front of the steel-and-aluminum frame.

The AC induction motor produces 160 hp. Because it doesn’t need to rev up like a typical engine, it can deliver maximum torque (133.4 foot-pounds) off the line. The bike tops out at 150 mph and can hit 60 mph in three seconds.

At 30.5 inches wide, the Mission R is so narrow that it can lean up to 55 degrees in turns—5 to 10 degrees beyond the lean of most street bikes. A steeper angle means the motorcycle can corner at higher speeds.

The Mission R comes with three battery options—depending on price and desired range. The small 12kWh model will run for up to 105 miles; the mid-range 15kWh will run for 120; and the large 17kWh for 140.