Its makers are hoping to have it assembled and ready to roll by the end of the week. 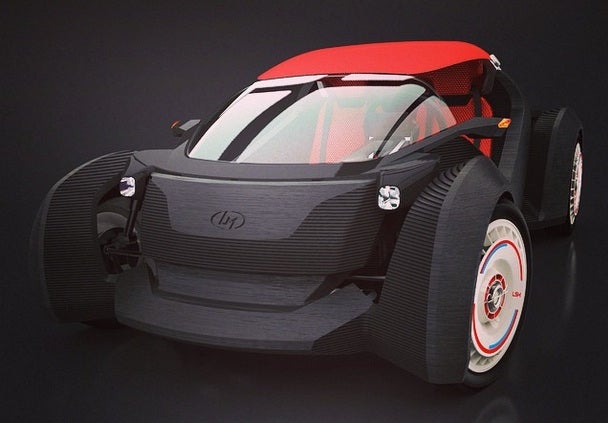 In a convention center in Chicago, there’s a living-room-sized 3-D printer that’s just finished printing the parts for a driveable plastic car. The engineers working on the car — including those involved in developing the plastic, the printer, and the car design — are hoping to have something ready to drive off the premises by the end of the week.

The printer is the world’s first large-scale 3-D printer that works with polymers, Oak Ridge National Laboratory engineer Lonnie Love told the Chicago Tribune. Oak Ridge worked with a company called Cincinnati Incorporated to develop the printer. “It builds some of the biggest parts in the world, faster than anything else,” Love said.

The car will be made up of about 40 printed polymer parts, the Chicago Tribune reports. The car’s body, fenders and seats were printed; the motor, tires and suspension were made more conventionally. Now that all of the polymer parts have been printed, engineers will sand the printed pieces smooth and assemble the car over the next week.

The car model is called “Strati.” Phoenix-based Local Motors is hoping to have Stratis ready to sell “in the months following the show,” according to the International Manufacturing Technology Show, where the printer is being demoed now. 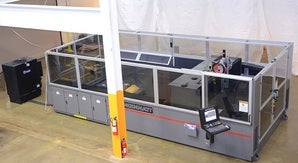 Its official name is the Big Area Additive Manufacturing machine.

Meanwhile, Cincinnati Inc. is trying to commercialize the printer. The company has already sold two of the machines, but to a plastic company that wants it for research and development (The company wants to figure out how to formulate plastic mixes that would work in the machine). According to its website, Cincinnati Inc. is hoping to sell printers to companies that make parts for cars, aircrafts, appliances, and robots. A large machine like this would allow companies to print bigger-than-ever pieces — up to 10 times bigger than industrial 3-D polymer printers available today.