Invasion of the Clones 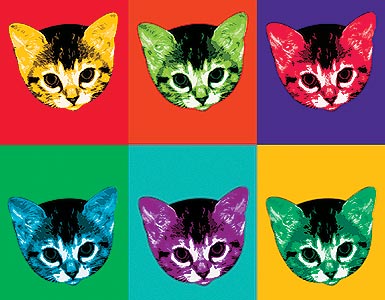 The four-month-old kittens were flown in from California on a private jet and squired around Manhattan in a limo. They posed for journalists in their hotel suite and frolicked in front of hundreds of visitors at the Cat Fanciers’ Association show. And their human entourage? They too enjoyed the trappings of fame. “I’d never been on a chartered jet before,” spokesman Ben Carlson recalls fondly. “It was pretty swank.”

Like so many of today’s pop stars, the kittens, Baba Ganoush and Tabouli, don’t have any particular talent. Their celebrity stems from the fact that they are genetic twins created from the skin cells of an adult feline. They’re clones. And for about $50,000, Genetic Savings & Clone in Sausalito, California, will duplicate your kitty, too. CEO Lou Hawthorne says the company also plans to produce the world’s first cloned dog–a genetic double of a mutt named Missy–early this year, a project that could open up an even more lucrative market. “People are willing to pay far more than 50 thousand for dogs,” he notes.

So why the red-carpet catwalk? It’s simple. The public may not listen to scientists, but we always pay attention to superstars. And although the billions Americans spend every year on their pets suggest that there is a market for companion-animal cloning, the technique still has some PR hurdles to overcome.

The problem is that most people get their information on cloning from the movies. (Cloning films have racked up $1.6 billion in ticket sales since the early 1970s–more than alien-invasion, robot and even disaster flicks.) As a result, cloning summons up images of ravenous dinosaurs and evil midgets, not harmless kittens.

One persistent myth, that cloning amounts to reincarnation, was an essential plot point in last summer’s fright film Godsend, in which a cloned boy retains a murderous streak from a former life. Granted, it would be nice if a cloned pet could recall your stance on indoor urination, but alas, the new dog won’t actually inherit any memories from its forebear.

Another standard knock on cloning is that it produces unfit offspring. Consider the 1996 movie Multiplicity, starring Michael Keaton, which teaches us that the first copy of a male will be excessively masculine, the second effeminate and the third idiotic. This pattern has yet to turn up in the published literature–in fact, studies on the long-term health of clones are as yet rather scant. Research shows that the chance of implanted embryos leading to viable clones is low–around 2 to
10 percent–but there’s little definitive data on whether they’ll grow into healthy adults. Dolly, the world’s first cloned mammal, was hardly a paragon of vitality, but there’s no real evidence that her ailment resulted from cloning. Hawthorne hopes to prove that clones can be perfectly healthy through chromatin transfer, a new method in which the adult cell of the animal to be cloned is restored to a nearly embryonic state. Clearly this will be critical to the company’s success. After all, no consumer appreciates a luxury car that breaks down after 5,000 miles.

Hollywood also perpetuates the idea that animal cloning will lead scientists down a slippery slope. In the 2000 Arnold Schwarzenegger vehicle The 6th Day, for example, the head of a company called RePet develops a secretive side project copying people–a storyline that might naturally lead the concerned moviegoing citizen to wonder about Genetic Savings & Clone’s true plans. But although the company’s chief scientist does have a distinctly Russian accent, there appear to be no nefarious or clandestine activities at play here. Hawthorne has no interest in tackling the grander moral objections–or surmounting the potentially trickier scientific obstacles–associated with human cloning. His objective is to mint money, not people.

He says there may be ancillary benefits to Genetic Savings & Clone’s work, including a technique for assessing the health of a developing embryo that could help women trying to get pregnant through in vitro fertilization, but even so, the fight to win public support could be lengthy. But here’s hoping that by inciting debate, the company forces people to discard the movie-borne myths and learn more about the science of cloning.

Now, for those of you who have warmed to the idea of pet cloning but lack the 50 grand, I offer the Fritz Solution, which was employed by childhood neighbors of mine. When their dog, Fritz, died a few decades back, they simply bought a new one of similar appearance and named him Fritz. Today they’re on their third incarnation, and they’ve never had to mortgage the house to keep themselves in Fritzes.