Why Western states have the worst air pollution

Wildfires and ozone pollution in the West exacerbate unprecedented levels of "hazardous" and "very unhealthy" levels of air pollution, according to a new report. 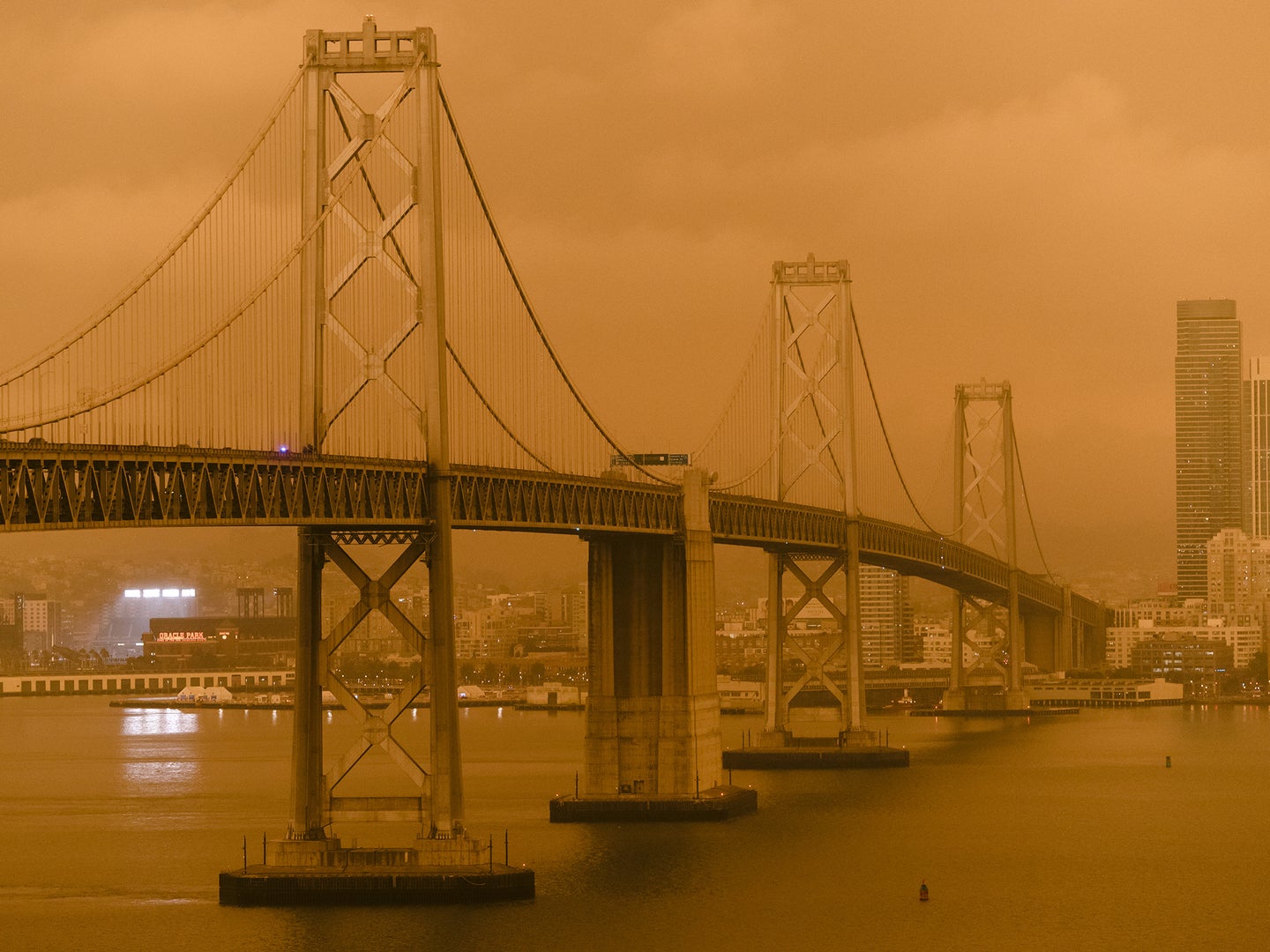 When recalling recent summers in the West, it’s impossible not to conjure up images of valleys choked with smoke, eerie red suns and familiar skylines bathed in an unnatural bright orange glow. So it might come as no surprise that parts of the West, particularly California, have been experiencing the nation’s worst air quality in recent years, according to a new report released on April 21 by the American Lung Association.

Every year, the American Lung Association, a national nonprofit that works to improve lung health and prevent lung disease, releases an air-quality “report card” to track and grade exposure to unhealthy levels of various types of air pollution. Its “State of the Air” analysis looks at two of the six outdoor air pollutants regulated by the Clean Air Act, including both short-term spikes and annual levels of particle pollution, and ground-level ozone air pollution, often known as smog. This year’s report includes Environmental Protection Agency (EPA) data at monitoring sites around the country from 2018 through 2020.

Overall, the report card paints a grim picture. More days with “very unhealthy” and “hazardous” air quality were documented than ever before recorded in the report’s 20-year existence. Compared to last year’s report, 2.1 million more Americans now live in counties with unhealthy air.

Altogether, almost 9 million more people were exposed to unhealthy levels of particulate pollution compared to previous reports, in large part due to breathing in wildfire smoke. “That’s a huge jump in the number of people at risk from this really deadly pollution,” said Katherine Pruitt, lead author and the American Lung Association’s national senior director of policy. Mary Prunicki, an air pollution researcher at Stanford University’s Center for Allergy and Asthma Research, called the exposure number “sadly amazing.” Prunicki, who was not involved in the report, said, “I think it shows you don’t have to live next to a fire to experience the impact and the health damages from the smoke.”

Two opposing trends are illustrated in “State of the Air.” Emissions from transportation and power plants have fallen drastically since the implementation of the 1970 Clean Air Act, a comprehensive federal law that regulates sources of emissions. But in recent years, climate change-fueled increases in pollution are increasing public health challenges. This combination has resulted in a startling disparity in air quality between the Eastern and Western United States. The urban, industrialized Eastern and Midwestern states are now getting passing grades compared to 15 years ago, while Western states now dominate the charts. “Simply, climate change is undercutting the progress we would have made,” the report states.

Fine particulate matter air pollution, or particle pollution, originates in numerous ways: from wildfires, wood-burning stoves, diesel engines and more. Known as PM 2.5, fine particulate pollution is incredibly small (much finer than a human hair) and can be absorbed into a person’s lungs and bloodstream. The microscopic particles can trigger asthma attacks, heart attacks and strokes, as well as cause lung cancer. Research published last year shows that not all PM 2.5 is the same and that wildfire smoke impacts respiratory health more than fine particles from other sources.

Here are some takeaways on the pollution in the West:

Pruitt blamed wildfires for much of this geographic trend. “We knew that some bad news was coming, because we knew what the 2020 wildfire season was like,” she said. “But that was still a shock.” Prunicki’s research, some of which has focused on Fresno, analyzes blood from groups of pregnant people, children and firefighters exposed to wildfires and air pollution. “Wildfires have tipped the scale and made the West a lot less attractive in terms of air quality,” she said. The 25 worst cities for long-term particle pollution were more equally scattered around the country, including cities with power plants and industrial emissions as opposed to focusing mostly on places directly affected by wildfires.

Many of the same areas in California also topped the “most polluted by ozone pollution” list, followed by Phoenix and Mesa, Arizona. Ground-level ozone is a respiratory irritant that can trigger coughing and asthma attacks, as well as shortness of breath. Ozone pollution is not emitted directly; rather, it derives from a photochemical transformation that occurs when organic compounds and nitrogen oxide pollutants interact with sunlight. And research published in 2014 found that it is increasing as temperatures rise due to climate change.

Over the years, Los Angeles has consistently remained the city with the nation’s worst ozone pollution, according to the American Lung Association’s analysis. Again, cities in the West, particularly in California and the Southwest, dominated the most ozone-polluted list, in part due to their trademark warm and sunny days. A 2019 study found that long-term exposure to ozone pollution is basically equivalent to smoking a pack of cigarettes a day for many years.

The report also reiterates the fact that socioeconomic inequalities exacerbate environmental harms. People of color were 61% more likely than white people to live in a county failing in at least one pollutant category, and over three times as likely to live in a county with a failing grade for all three kinds of pollution. Other high-risk groups include people experiencing poverty, children, older adults, people with underlying health conditions, such as asthma, and pregnant women. “The evidence has been building and building, and now it’s pretty irrefutable that both ozone and particulate pollution put pregnancy outcomes at risk,” Pruitt said. “Now we really can say that air pollution impacts people at every stage of life.”

The American Lung Association would like to see the EPA strengthen its air-quality standards for particulate matter and ozone as a first step. “The standards that are currently set, about how much pollution is OK before municipalities have to do something, is too high,” Pruitt said. “People’s health is at risk even when the information they’re getting from the air quality index says it’s good.” Stricter standards are being considered now, with new proposals expected this summer. The organization is also calling on the EPA to set stronger emissions standards for vehicles.

While that won’t begin to eliminate the particulate matter coming from the West’s increasingly severe wildfires, or wholly mitigate the climate’s impact on ozone pollution, actions from the individual to federal level could help move the needle toward a vision of clear valleys, cityscapes and sunsets. In the meantime, Prunicki is strongly advocating for emergency preparedness. “There needs to be a focus on prediction of smoke patterns,” she said. “There needs to be some type of warning system.”