On June 15th 2016, the first operational Y-20 heavy transport aircraft entered service into the People’s Liberation Army Air Force (PLAAF). China has now joined the United States and Russia as the only countries which can design and built its own strategic transport aircraft. It’s built by the Xian Aircraft Corporation, and apparently has been assigned the call sign “Roc”, after the giant mythical bird. In fact, of planes still in production, the 200 ton Y-20 is the world’s largest, as it’s larger than the Russian Il-76 and the American C-17A Globemaster ended production in 2015.

A New Dawn for Chinese Aviation

Currently, the 12th Regiment of the 4th Division of the PLAAF has taken delivery of multiple Y-20 transports, incluing 11051 and 11052. The Y-20 prototype first flew in December 2012, with four more flying prototypes completed by February 2016. With a maximum takeoff weight of 200 tons, the Y-20 can carry a 66 ton payload, allowing it to carry payloadthat might range from humanitarian disaster relief pallets to the heaviest Chinese tank, the ZTZ-99A. Its maximum range is over 7,800 km, though this would be less when at maximum payload. Its current four engines are Russian made D-30KP2 turbofans, though the domestic WS-20 turbofan will be installed around 2020, increasing the Y-20’s heavy lift range and short takeoff capability. The Y-20 can also be modified to serve as an aerial refueling tanker to extend the range of other transports, fighters and bombers, or as an airborne early warning and control aircraft to control and guide combat operations by fighters and drones. 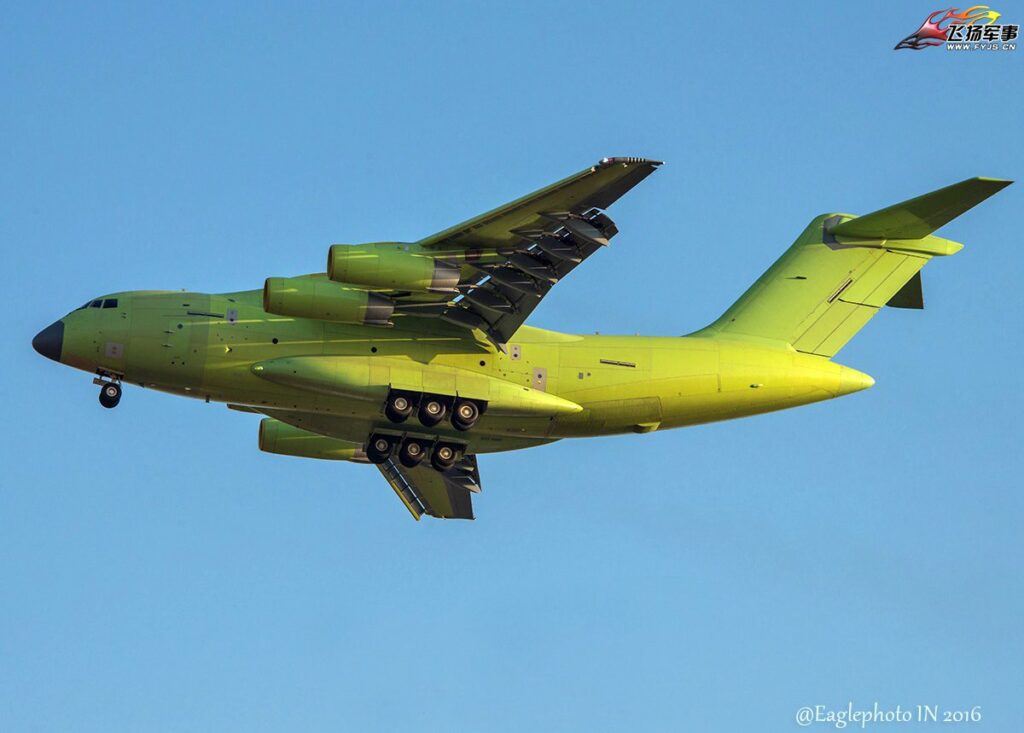 The PLAAF’s first operational Y-20 are stationed in Qionglai, Sichuan Province. Situated close to the major aviation center of Chengdu, where it can respond to fast transport needs in any direction, from the South China Sea to the Himalaya mountains.

China’s Most Powerful Aircraft Engine Ever Takes to the Sky