The Weird Ways Of Superfluid Helium

As helium is cooled to lower and lower temperatures, greater and greater fractions of it demonstrate quantum effects. 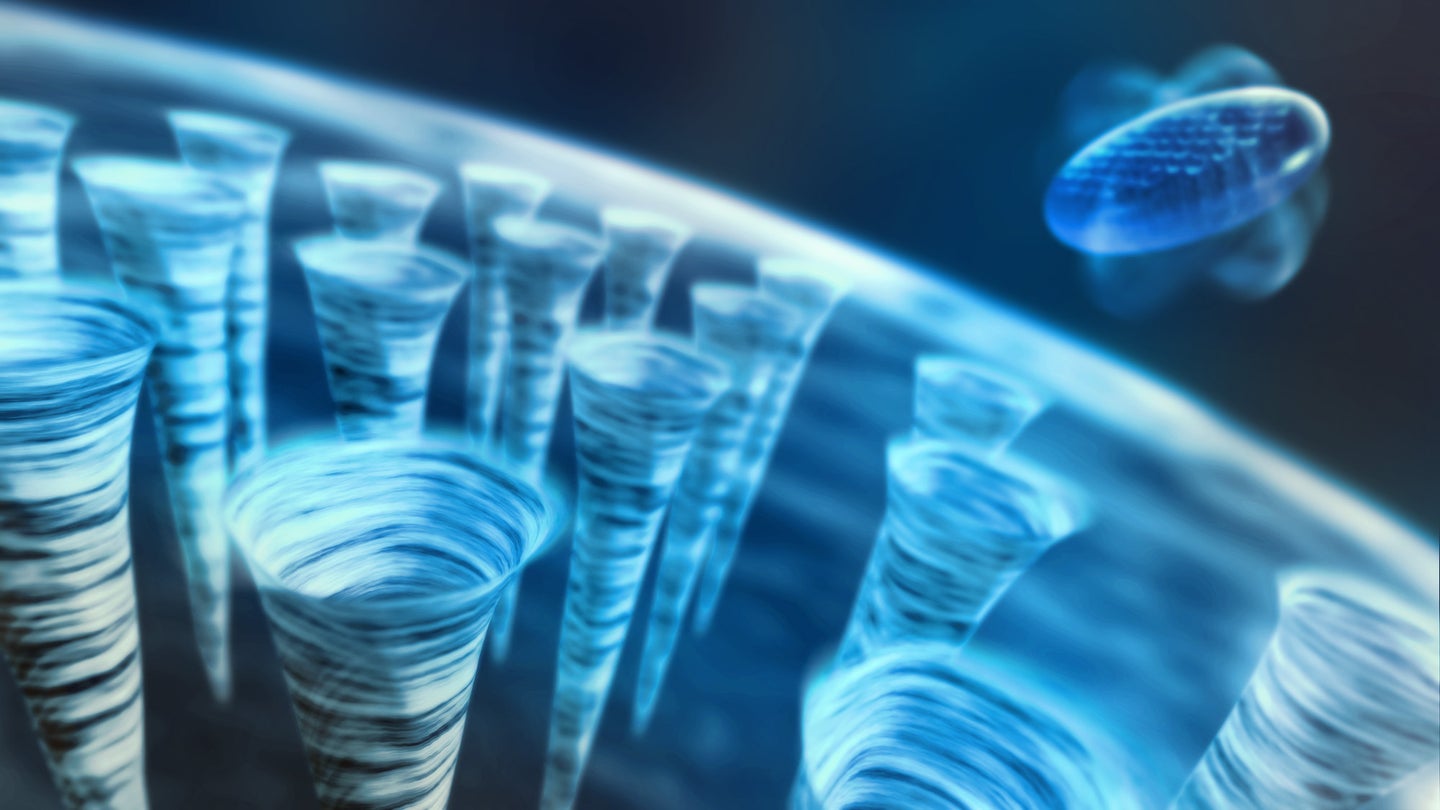 With a temperature below -268 degrees Celsius, liquid helium keeps MRI machines and particle accelerators properly cooled (yay!). Take liquid helium’s temperature even lower than that, however, and things start to get a little less practical — and a lot more weird.

Things start to get a little less practical — and a lot more weird.

First, the team fired nano-size droplets of superfluid helium across a vacuum. Meanwhile, they aimed a free-electron laser across the vacuum so that the laser would intercept the drops and take images of the drops as they went spinning past. Those images revealed that the droplets each contained more than 100 quantum vortices — tiny whirlpools that fill the droplets in a 3-D array. The vortices help maintain the structure of the droplets so that even when they’re spinning at speeds that would cause normal liquid drops to fly apart, they remain stable, single droplets. That said, the high spinning speeds of the drops did make many of them take on an egg shape, instead of a spherical one. One percent of the drops even took on strange wheel shapes.

Don’t expect anything practical like MRIs to come immediately out of research like this. Instead, superfluid helium studies are generally meant to be windows into quantum mechanics, because all the atoms in a superfluid are in the same quantum state. This means they create larger, quantum mechanics-driven effects that scientists might not be able to see otherwise.

Quantum mechanics, in turn, has occasionally found its way to practical applications. This kind of physics has helped scientists figure out lasers, transistors and superconductors. In fact, the name “superfluid” comes from the word “superconductor.” The idea was that superfluid helium conducts heat very well, the way superconductors conduct electric currents very well.

The superfluid helium-studying team published its work last week in the journal Science.