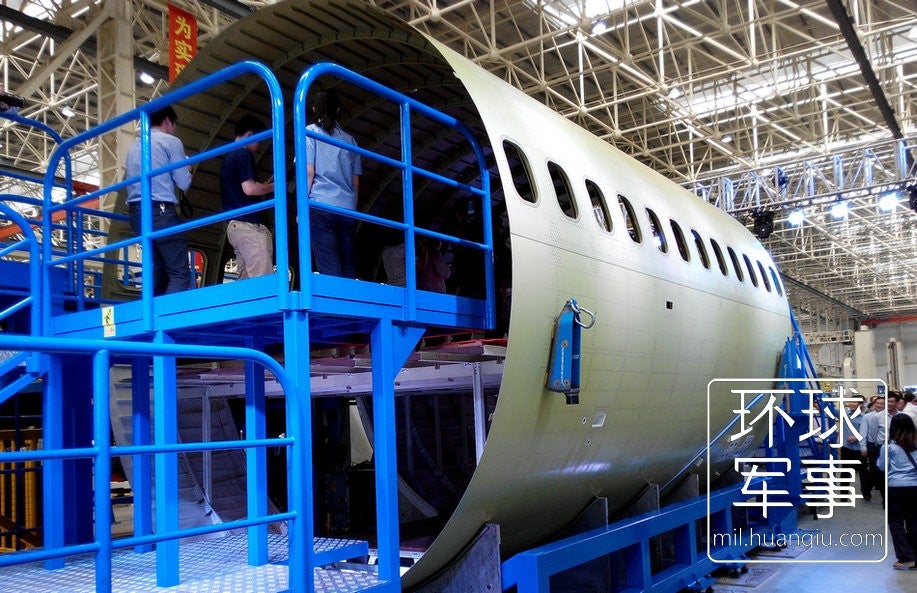 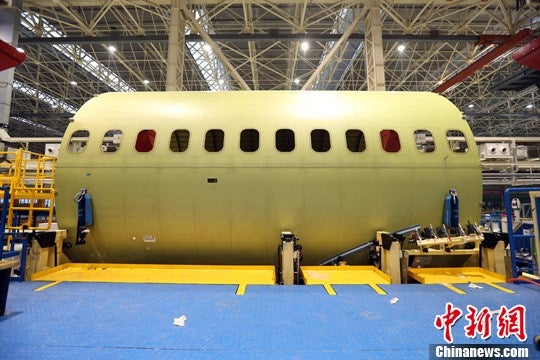 COMAC completes assembly of the forward section of the C919 fuselage, a sign of progress for a Chinese competitor to the Airbus A320 and Boeing 737.

The Commercial Aircraft Corporation of China (COMAC) completed assembly of the forward fuselage section of the C919 jet airliner in May 2014. The twin engined C919 jetliner is expected to make its first flight in 2015, followed by entry into service in 2016. It can seat up to 180 passengers, can carry 20 tons of cargo and has a 4,750km range. The front fuselage has more than 1,600 parts, and is built with a large of amount of 3D printed titanium, composite and lithium aluminum parts. COMAC has already attached the C919’s wings to the midsection of the fuselage. In addition, 10 percent of the C919’s weight is from titanium alloys. 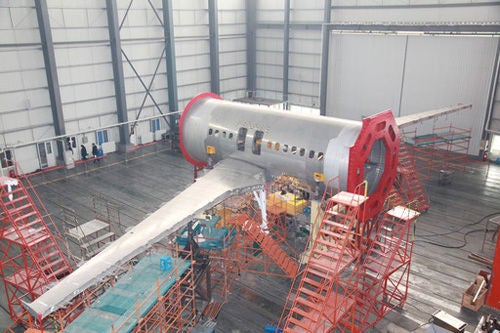 The C919 prototype has already completed the critical task of attaching the midsection fuselage with its wings.

So far 400 C919s have been preordered, most of those orders are from Chinese airlines. The C919 has already provided COMAC with valuable international exposure; GE and Snemca are supplying LEAP-1C engines for the C919 and Honeywell avionics will be integrated onto the C919. Perhaps hoping to break the Airbus-Boeing duopoly, COMAC has signed cooperation agreements with Canadian Bombardier and Russia’s United Aircraft Corporation. COMAC execute Tian Min said that in addition to Chinese airlines, Ryanair and British Airlines have signed memorandums of understanding to explore purchasing the C919. 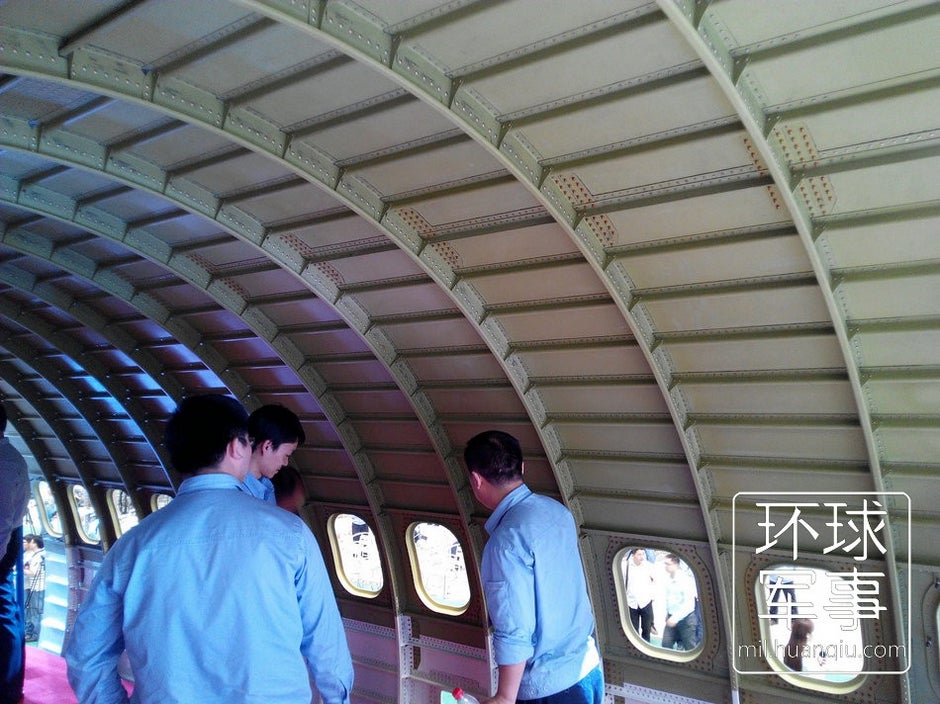 The C919 makes extensive usage of light weight, high strength lithium-aluminum alloys and composites in its fuselage and other surfaces.

While the C919’s airframe uses less composites than the future Boeing 737MAX and Airbus A320neo, it has a lower cost and will be a valuable lesson for Chinese aviation industry. Chief among COMAC’s challenges is the integration of domestic and international content, including avionics, engines and life support systems, within international safety standards. The systems intregration and safety testing from the C919 development will support COMAC’s efforts to develop larger jetliners seating 300 and 400 passengers. 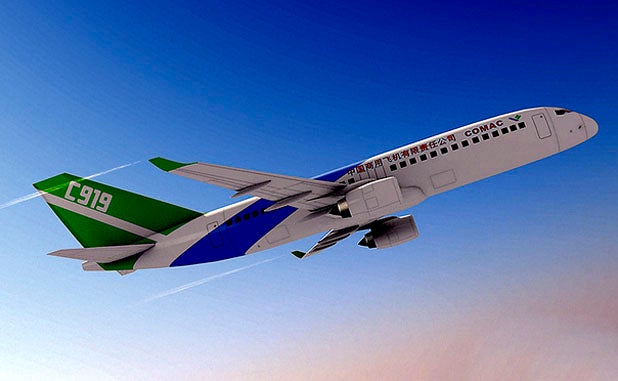 Militarily, a C-919 with all domestic parts would provide China is a faster and more fuel efficient replacement for the Y-8/9 family of special mission aircraft. A military version of the C919 could serve as an airborne command post, electronic attack and intelligence platform, aerial early warning and control, and anti-submarine warfare. Potential export markets for civilian C919 and possible military derivatives could come from cost-conscious African, Latin American and Southeast Asian customers.