For the second time in as many years, China took first place at the 6th annual Warrior Competition. The Snow... 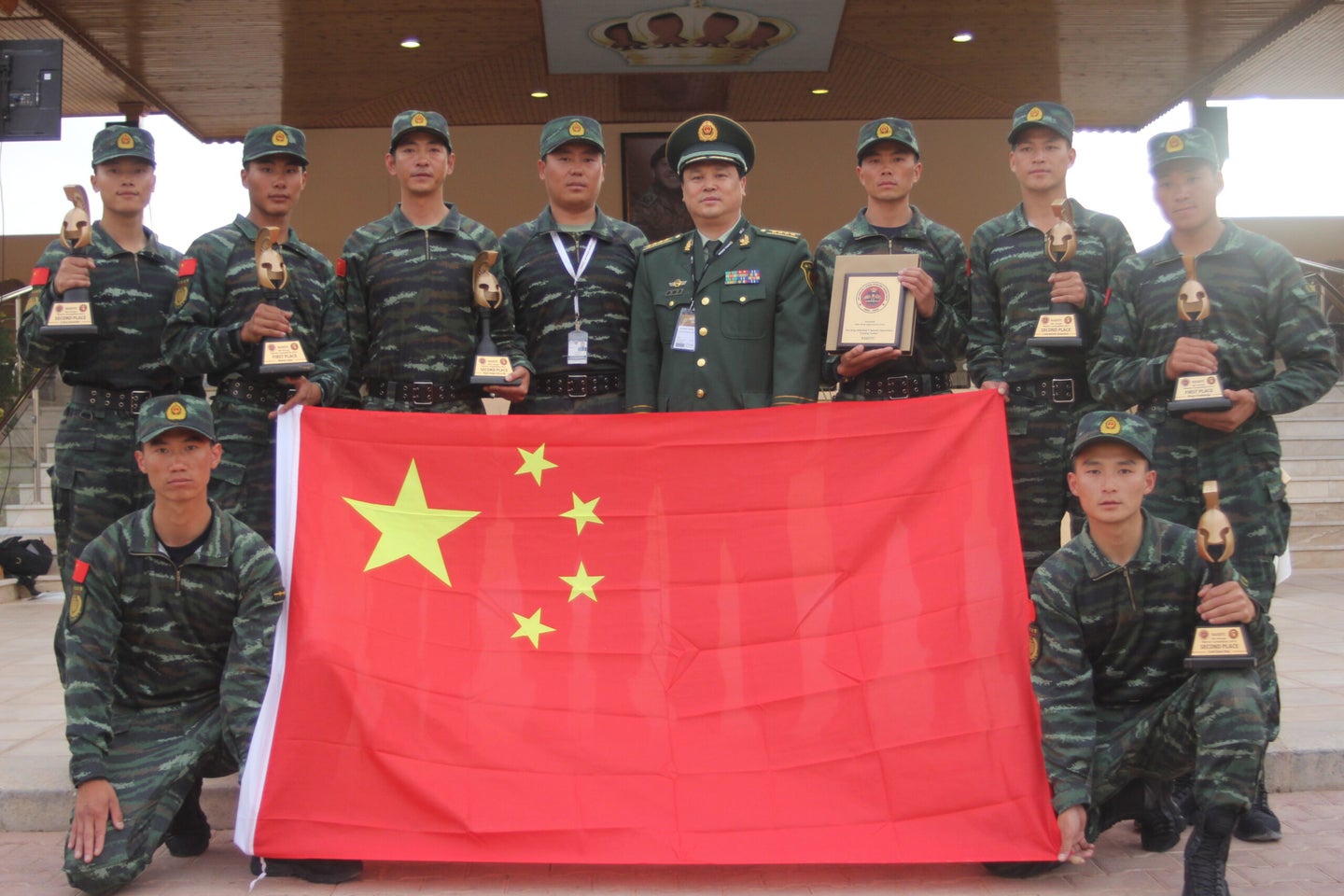 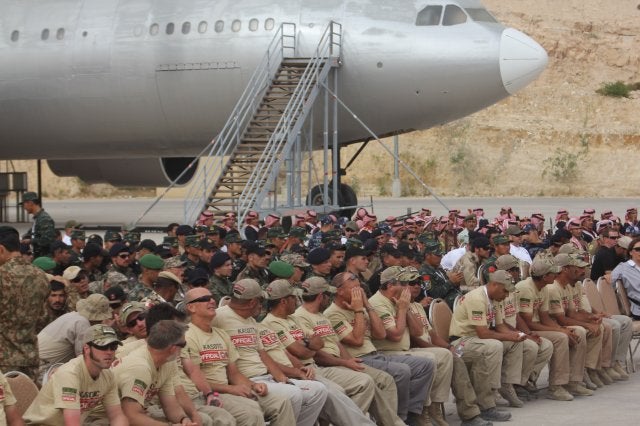 This year, the 2014 Warrior Competition saw 35 teams from 19 countries compete in a display of special operations and counter terrorism tactics.

For the second time in as many years, China took first place at the 6th annual Warrior Competition. The Snow Leopard Unit of the People’s Armed Police (PAP) took first place, followed by the Sichuan PAP special force, and the Jordanian Royal Guard took third place. The Xinjiang PAP special force took fourth place. 35 teams from 19 countries participated in the Warrior Competition; among the teams the Snow Leopards beat out were contingents from the 22nd Marine Expeditionary Unit, the elite Canadian Special Operations Regiment, and Russian Lynx Special Forces. 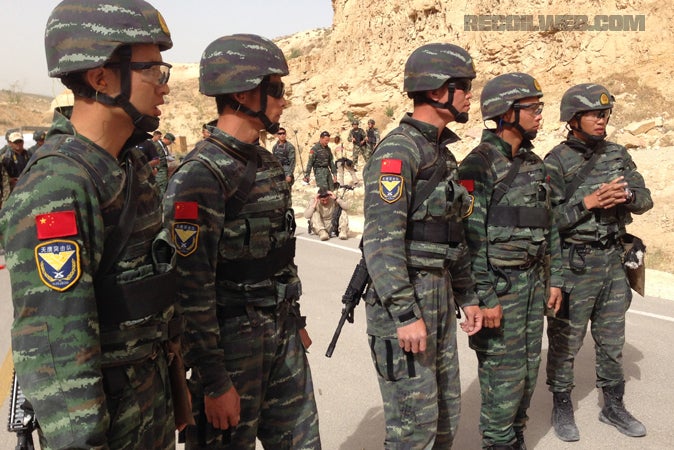 Chinese special forces from the People’s Armed Policy get ready in 32C heat at the Jordanian Desert.

The Warrior Competition, which the New York Times describes as a “special operations Olympics”, is held at the King Abdullah Special Operations Training Center (KASOTC). The facility is one of the most comprehensive special operations and counterterrorism training facilities in the region, including even an Airbus for training., and is staffed by MissionX, a private military contractor manned by ex NATO special operators. Previous champions have included the US Marine Force Recon (2010) and the German GSG9 (2012). This year, the eleven tasks of the Warrior Competition were exercises with operational names like Urban Assault, High Angle Drive By,Three Gun Gauntlet, Operator vs. Operator and King’s Challenge. They tested skills in areas like sharpshooting, hand to hand combat, building breaching automotive pursuit and evasion, medical extraction and long distance marching. 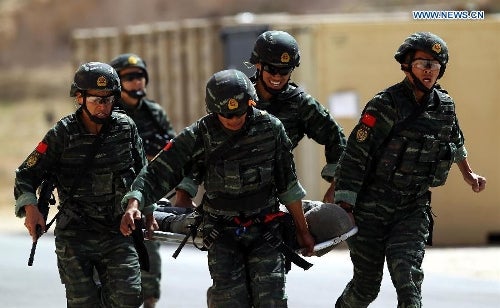 One of the most stressful and important tasks in any special operations, as competitively practiced in the 6th Warrior Competition, is evacuating wounded friendly and civilian casualties to medical care.

Since 2010, Chinese delegations have rocketed to the top of international special operations, police and military sniper competitions, benefiting from increased training and better weapons. It is important to note, however, that many top special operations units were not present at this training competition (including notable US and Russian forces presently active on operations) and that the kind of skills tested in the Warrior Competition form only part of special operations and counterterrorism capabilities. Special operations success also comes from a massive amount of preparation, organization, doctrine, intelligence and logistics not on display at the Warrior Competition, including classified capabilities. Yet these kind of competition results, as well as broader increases in general Chinese military, cyber and electronic intelligence capabilities, points to the significant gains Chinese special forces have made in their capabilities in recent years.

One of the most challenging tasks at Warrior Competition, and in real life counterterrorist operations, is to breach a hijacked airliner to simultaneously rescue hostages and neutralize the hijackers in a confined and crowded space. This 2013 picture shows the King Abdullah Special Operation Training Center’s Airbus, which is heavily used for this purpose.

Further reading on the Warrior Competition: