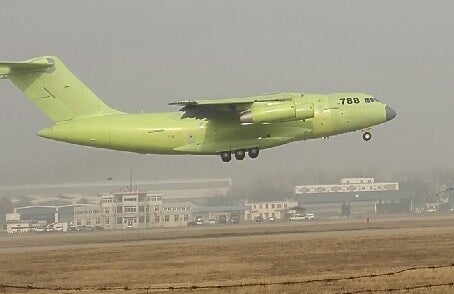 "788" is the fifth (or fourth) flying Y-20 prototype. Its flight signals that China will soon be producing heavy transport aircraft to give its paratroops a global reach. Andreas Rupprecht
SHARE 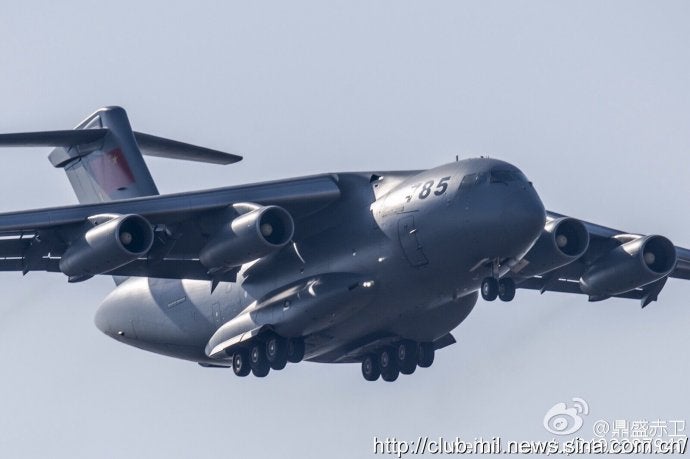 “785”, another Y-20 “Roc” prototype, makes an approach at Xian. While currently fitted with Russian engines, it will be flying with more powerful Chinese WS-20 engines by 2020.

It is said that when it comes to war, as General Omar Bradley put it, “Amateurs talk Strategy, Professionals talk logistics” and it is capability that has set the US military apart from other rivals. But two new projects show how China’s military is also rapidly building the logistical foundations for global expeditionary power. Both the Y-20 heavy transport aircraft and Type 901 replenishment ships have recently hit major milestones towards operational service.

“788” is the fifth (or fourth) flying Y-20 prototype. Its flight signals that China will soon be producing heavy transport aircraft to give its paratroops a global reach.

The Y-20 is a 200 ton, 7,800km ranged four engined heavy transport with a 66ton payload. “788”, reportedly the fifth Y-20 prototype, flew in late 2015. Since then, reports suggest that the Y-20’s development has been completed and production will begin this year. 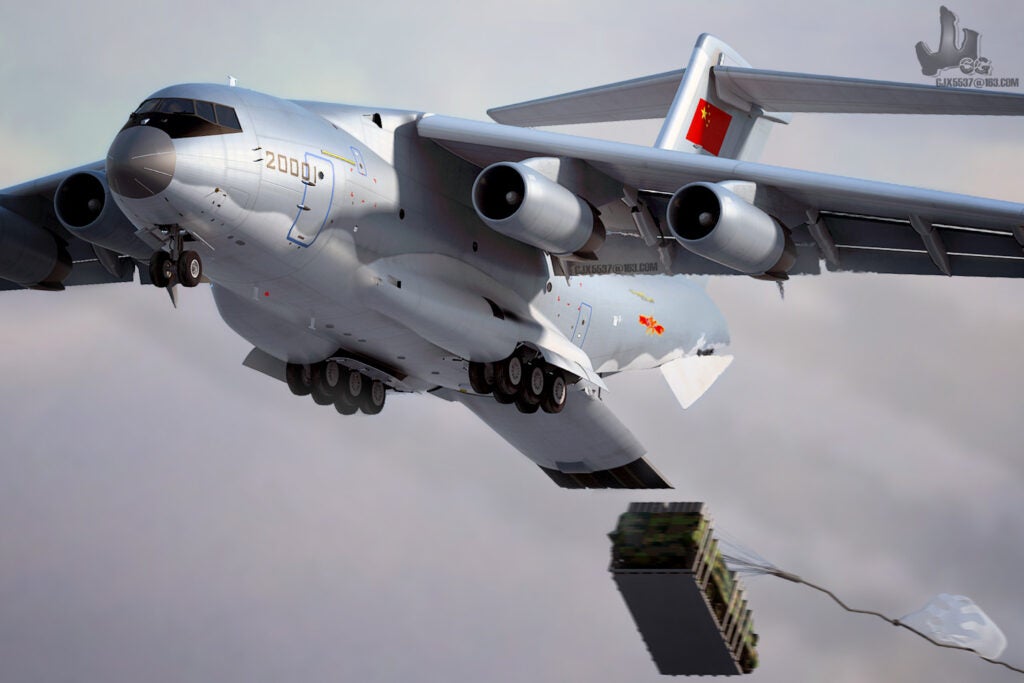 As shown in this CGI, the Y-20 can air drop heavy armored fighting vehicles onto the battlefield for use by Chinese troops (though the crew wouldn’t be inside the vehicle during the descent, parachutes or not).

Built by Xian Aircraft Corporation, the Y-20 will soon be the heaviest military transport aircraft in production (Boeing has recently closed the C-17A Globemaster factory). Eventually, China will install more powerful WS-20 turbofan engines on the Y-20 to extend its range and shorten the runway needed during takeoff. Additionally, the Y-20’s huge carrying capacity makes it a potential candidate to carry the same range of payloads that are envisioned for the C-17, from mobile hospitals to electronic warfare suites to a mothership for drones. 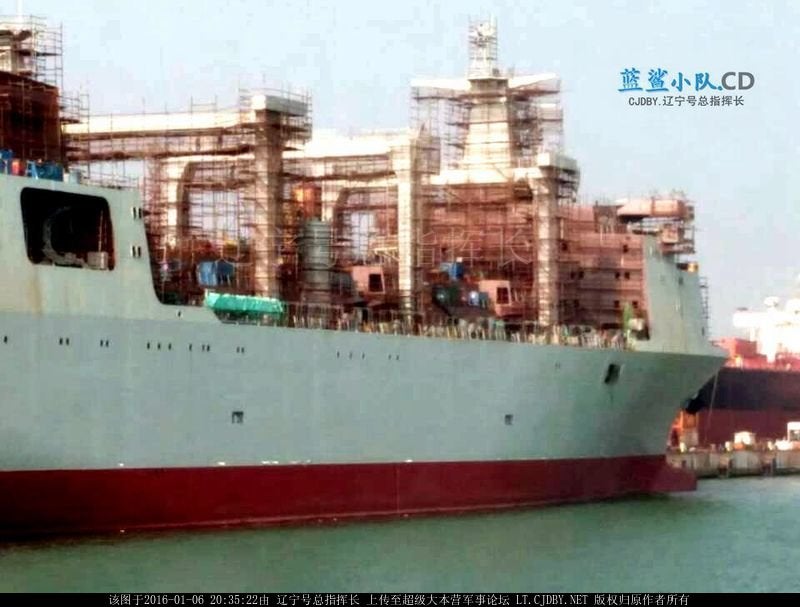 The Type 901, at 45,000 tons, will be one of the world’s largest naval supply ships, capable of rearming, resupply and refueling Chinese warships on the high seas.

The Type 901 ship, clocking in at 45,000 tons of full displacement, can carry tens of thousands of tons in supplies such as marine and aviation fuel, ammunition, spare parts and food. The first Type 901 has been launched at the GSI shipyards in Guangdong, and with supply gantries fitting out and superstructure near completion, will be ready for commissioning soon. A notable attribute of the ship is its speed. Thanks to its gas turbine engines, the Type 901 will be able to keep up with fast surface warships such as destroyers and aircraft carriers. Just as impressively, it’s multiple supply gantries would allow it to quickly replenish multiple warships at once. 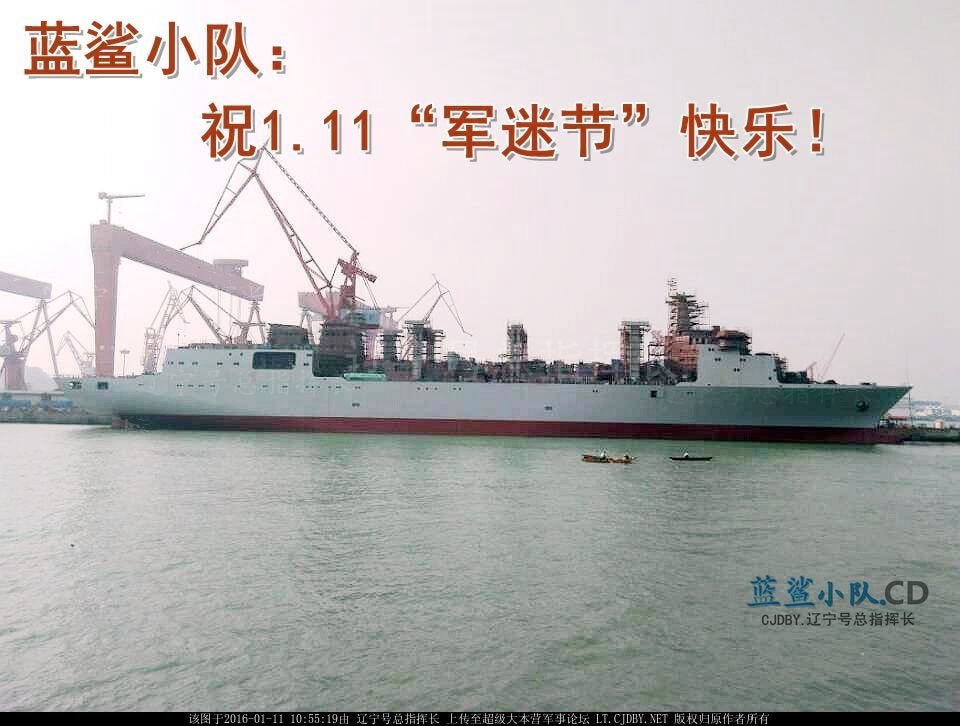 The 45,000 ton Type 901 has enough power to keep up with the fast destroyers and aircraft carriers of China’s ble water navies.

Both the Y-20 and Type 901’s long range and huge carrying capacity will extend China’s logistical reach not just across Asia, but globally. The Y-20 provides Chinese forces with a rapid airlift capability to haul main battle tanks, in addition to reliably resupplying peacekeeping forces in Africa and emergency supply runs to friendly states. On the high seas, the Type 901 can independently support Chinese naval forces without having to stop at neutral ports; its resupply of aircraft carriers would enable extended Chinese naval deployments well outside of Asia. China’s dedication to global combat logistics follows Sun Tzu’s line of thinking that “The line between disorder and order lies in logistics…”

China Rings In New Year with an Amphibious Landing Ship

Not as Sexy as Stealth, But Maybe More Important: China Shows Off New Cargo Planes

China’s Most Powerful Aircraft Engine Ever Takes to the Sky