This could double the amount of power that solar panels produce 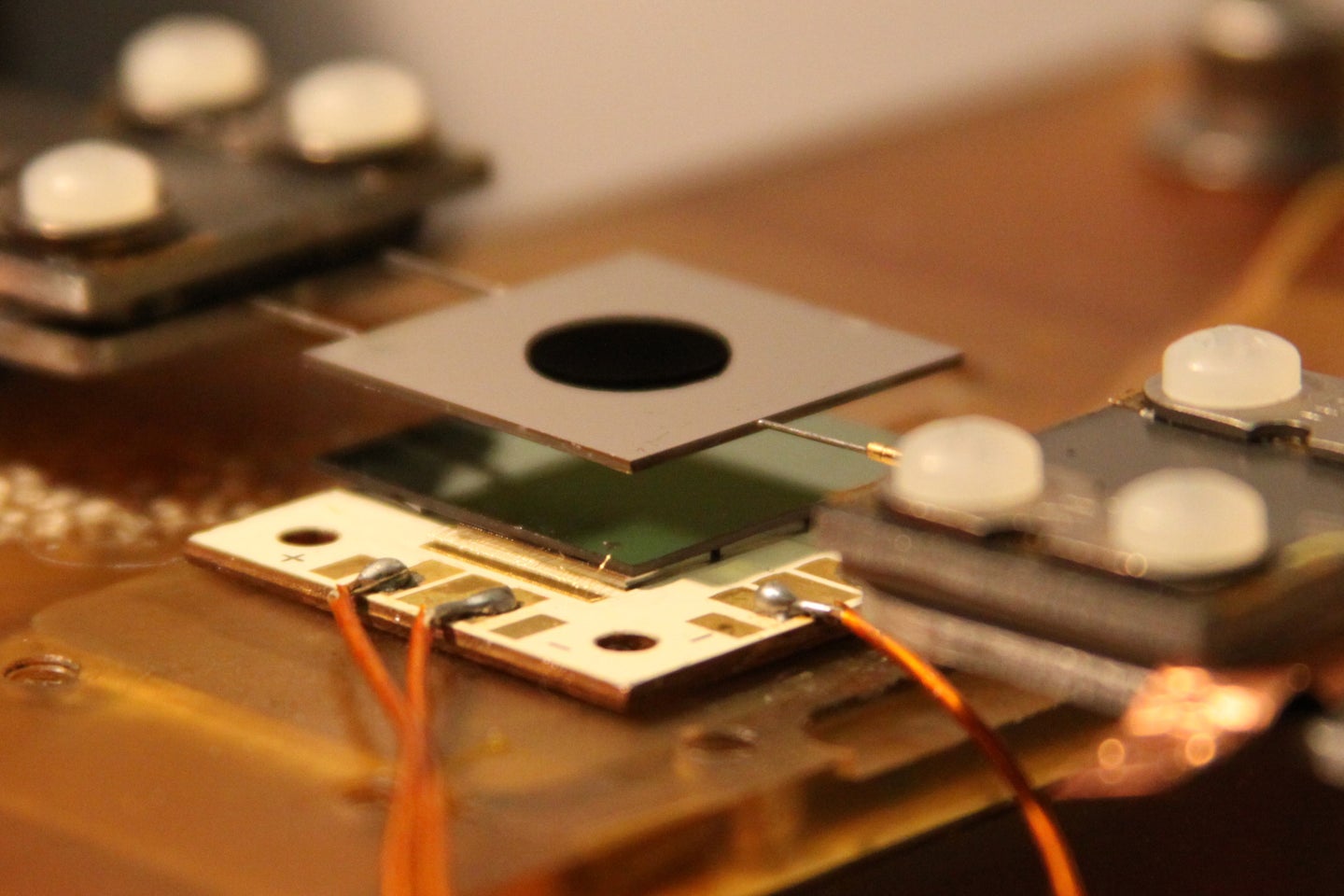 The sun gives us so much, providing both lighting and heating for our planet. We try to take advantage of this constant stream of power by using solar panels to convert light into electrical energy. It’s a bright idea. But, could we be harnessing more of the sun?

Researchers at MIT think so. In a paper published this week in Nature Energy researchers describe building a working solar thermophotovoltaic device, or STPV. The STPV solar cell has a layer that absorbs heat and light from sunlight and reflects it back out as light, which is then captured by a nearby solar cell and turned into power. The light emitted by the device is calibrated to be the perfect wavelength for the solar cell, making it function at peak efficiency. Normally, a solar cell or photovoltaic device just convert light into electricity without going through the intermediate step with heat.

Heat is energy that is constantly wasted, just dispersing out into the world. Researchers around the world have been looking into developing new materials and methods that can harness the wasted energy and put it to work. Theoretically, this new method could double the amount of power produced by a given area of solar panels, but don’t expect to see these in action on neighboring rooftops anytime soon. The researchers are still working on ways to scale up the technology from the lab bench to the solar farm.

Take a look at a video showing some of the lab’s previous work into STPVs.