Does Geothermal Power Cause Earthquakes?

A new energy method could trigger a risky side effect 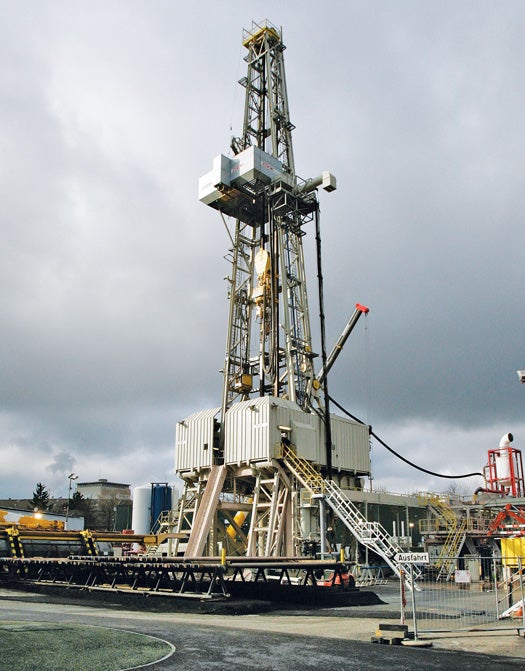 This geothermal drill in Switzerland was shut down after it caused 100 earthquakes in a week. Stefan Wermuth/Reuters
SHARE

On December 8, 2006, Markus Häring caused some 30 earthquakes — the largest registering 3.4 on the Richter scale — in Basel, Switzerland. Häring is not a supervillain. He’s a geologist, and he had nothing but good intentions when he injected high-pressure water into rocks three miles below the surface, attempting to generate electricity through a process called enhanced geothermal. But he produced earthquakes instead, and when seismic analysis confirmed that the quakes were centered near the drilling site, city officials charged him with $9 million worth of damage to buildings.

This geothermal drill in Switzerland was shut down after it caused 100 earthquakes in a week.

Häring was acquitted last December — it was ruled that he had not intentionally created the tremors — but his project was nixed for good late last year following a scientific review that calculated a 15 percent chance that further drilling could spur a major earthquake causing more than $500 million in damage. The debacle is bringing enhanced-geothermal projects here in the U.S. under new scrutiny.

Conventional geothermal plants run on steam from within the earth. But for places without steam reservoirs, scientists developed enhanced geothermal. The technique involves drilling a well deep into hot rock and injecting high-pressure water into the hole. As the water forces its way into the Earth’s crust, it carves new fractures into the rock and absorbs heat. Then engineers simply pump the heated water back to the surface and use the resulting steam to turn electricity-generating turbines. The U.S. is banking on enhanced geothermal as a source of inexpensive, green energy — we have plenty of hot rocks, particularly in Western states. In 2009 alone, the Department of Energy allotted more than $100 million to enhanced-geothermal projects. 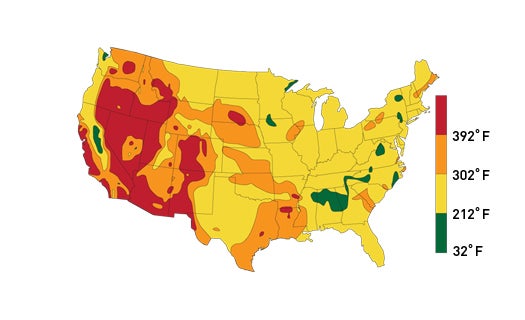 Geologists always expect that the water-infusion step will create some seismic activity but, as the Swiss fiasco proved, the tremors can cause real damage. Drilling-induced fractures can interact with existing seismic systems (Basel sits on a fault line) to produce quakes. “The size and number of quakes depends on how much fluid you pump in and how fast,” says Colin Williams, a scientist on the U.S. Geological Survey’s earthquake hazards team. “The key is finding a balance that results in unnoticeable microseismicity.”

Because areas in the U.S. with the hottest rocks tend to be more seismically active, the success of the American ventures — based primarily in the West — will require careful site selection. At the time, Häring’s rudimentary seismic analysis seemed sufficient to most experts, says Domenico Giardini, the director of the Swiss Seismological Service. The mess actually inspired more-rigorous testing, and so he and Williams think other facilities can be successful, provided that the quake risk is small. “As long as you do this far away from inhabited areas, there shouldn’t be a problem,” Giardini says. “But for cities with a history of earthquakes, it’s probably best not to install enhanced geothermal.” To wit, the DOE directed the bulk of its $100 million to projects in rural areas of California, Idaho, Nevada and Oregon.

Ultimately, the benefits of enhanced geothermal might be too great to give up. The DOE projects that enhanced-geothermal systems could supply a full 10 percent of U.S. electricity needs, 40 times as much as today’s geothermal projects. And because heat from the rocks is constant, so is the electricity they help generate. Although it’s important to establish that projects won’t exceed a reasonable earthquake risk, no site assessment is foolproof. As Häring said after his trial, “We don’t get innovation for free. We have to work it out.” 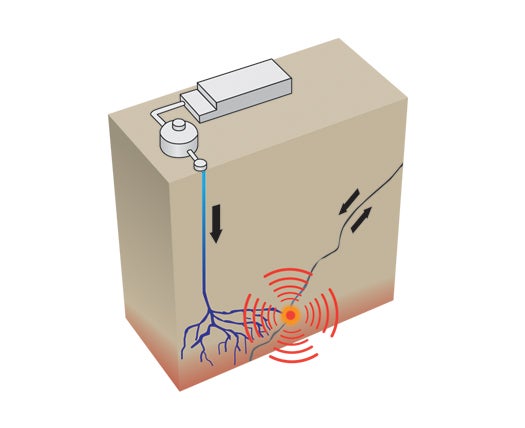 If water is injected into a fault, it becomes easier for rock on both sides to slide.
Energy
Renewables
April 2010
earthquakes
geology
Geothermal Energy