The Wikipedia Of Farming Is Here 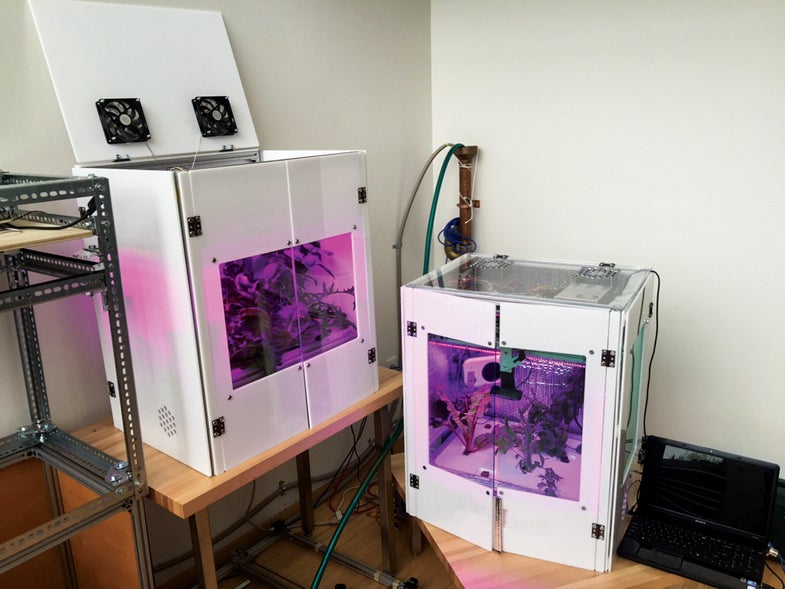 Two years ago, then MIT graduate student Caleb Harper built a fully networked farm of tomatoes, lettuce, and broccoli inside a fourth-floor lounge at the school’s famed Media Lab. He hoped to prove he could use data science to optimize crop yields, boost nutrient density, and trim water consumption by 98 percent compared with traditional dirt farming, all of which he did. But there was no meaningful way to share his data with the world. Despite an ongoing boom in agricultural technology, no one cared about his findings or dared to share theirs. This September, he launched the Open Agriculture Initiative, the first open-source platform for global agriculture and food hackers.

Popular Science: How is agriculture not open-source? Don’t we pretty much know how to grow a tomato?

Caleb Harper: No. Traditional agriculture is closed and opaque. It’s understood by very few people at a production scale. How do I find nutritional-uptake studies on lettuce? Where can I get data on crop yields in Ghana? We want people to research this stuff, share it online, and grow healthier food and more of it around the world. There’s a huge appetite for this.

PS: So who is hoarding all the useful information?

CH: Right now, there are 20,000-foot indoor farms popping up all over the world. But no one shares anything because they think their IP is so valuable. One place called PlantLab in the Netherlands has a warehouse full of little pods where they create microclimates, which in turn create a novel flavor, a novel shape, and specific nutrients in the plants. And then they patent their processes. To be fair to them, they’re doing awesome work. This stuff can take a lifetime to figure out. But they are creating all this knowledge and then scooping it under a black box. We want to create plant-growing recipes that look like Wikipedia.

PS: How do you propose to do that?

CH: One thing we’re developing is a shipping-container farm modified with networked sensors and growing environments. It can be used by other research institutions and by corporate cafeterias. So we’ll all be connected to each other’s data. Another cool thing is the Personal Food Computer. We released it for testing in September. It’s a 2-by-2-foot cube with microsensors, an LED light bar, and an irrigation system. We can change the temperature, the CO2 level, the amount of nutrients in the water, the water temperature, mineral fertilizer—all this stuff.

PS: It sounds like the state of 3-D printing 10 years ago, when the open-source RepRap helped create a huge community of printer hackers.

CH: Exactly. Our Personal Food Computer is an open-source bio bot, a food bot for maker enthusiasts to create a community. What’s been holding agtech back is that none of the black boxes and systems can talk to each other.

PS: So what can you do with it?

CH: People always want me to answer that. I dunno. It’s like personal computers in the ’70s. The extensions are endless. You can be an idiot and have fun, or revolutionize how tomatoes are grown. It could become a personal pharmacy. We can all be sequenced, and grow the food best for us. That’s one of a thousand stories waiting to be written.