Not All Viruses Are Enemies

It’s time to dig deeper into the human virome 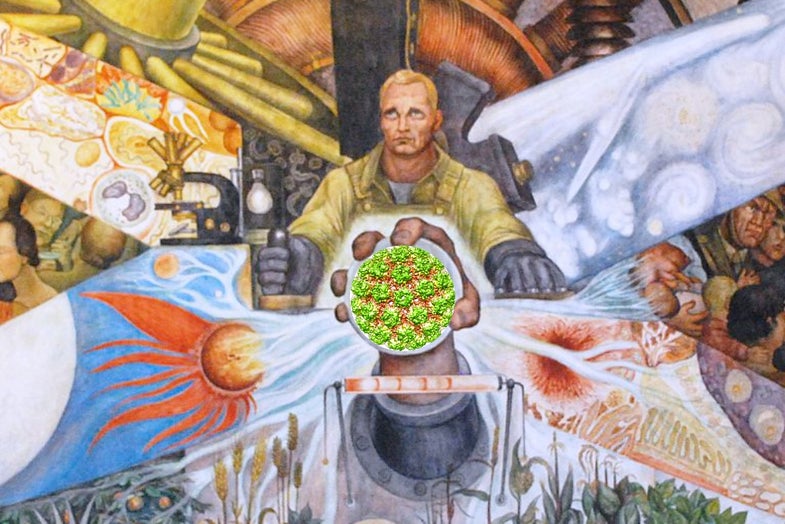 There’s been quite a bit of attention focused on the microbiome. Since the 1940s, it has been defined as the community of all microbial living organisms within a particular habitat. But over the years, the scope of the term has contracted to mean for the most part only bacteria. It’s not really a surprise as most work to understand the microbial environment within each environment, including the human body, has focused on this one branch of the tree of life.

But the human body has a wide assortment of other microorganisms including viruses, fungi, protozoa and for some, worms. They all have adapted to the human biological system and found ways to survive, reside and thrive. But little attention has been paid to them either due to a lack of technology or funding. In the case of viruses, most work has focused on those causing infections and disease.

Yet, there are many species inside us that are either harmless, or may even provide us some benefit. This latter group, also called symbionts, has received remarkably little attention. Last month, a researcher from Pennsylvania State University, Dr. Marilyn Roossnick, published a piece to show support for these particular beneficial species in nature and indeed, in us.

The thesis may seem somewhat controversial considering most of what we hear about viruses, at least in the public forum, is negative. There’s good reason for that. After all, in the last year alone, the United States has had to deal with cold viruses, flu, West Nile virus, Chikungunya, Heartland virus, and of course, Ebola. But while these viruses get all the headlines, many good examples tend to get no attention at all. This has caused a skewed view of these microbial creatures and quite possibly has prevented us from seeing the good they can do for our health.

Many of Roossnick’s examples focus on plants and insects as there is more information on the symbiosis in this realm than in the human environment. But she does point out several critical factors already known about viruses in the human body. We have a population of viruses in the gut, the skin, and even in the blood. This particular fact has been known for well over forty years. This viral collection even has its own name to counter the bacteria-centric focus of the microbiome; it’s called the virome.

The virome appears at a very young age and appears to be dynamic in the first months of life. But, eventually the population tends to settle. Each of us has a unique collection of viruses although there are some species common to us all. Many are bacteriophages, which target bacteria, but some can find a home in human cells. One of them happens to be in about half the population. It’s called CrAssphage and targets one of the most common bacteria in the gut, Bacteroides. The abundance of these particular viruses is still not clear but the fact remains, they are there, even when we are healthy.

A lack of infection does not alone constitute a friend, but Roossnick suggests there are beneficial viruses out there. Some may help us stay healthy and even more surprisingly, fend off infections. She points to one virus type, known as the γ-herpesviruses can help to prevent mice from infections due to Listeria monocytogenes and the cause of the plague, Yersinia pestis. She also explains how one particular virus, known simply as GB-C, can help people who suffer from HIV by slowing down the progression of viral spread in the body. These are just two examples but Roossnick suggests this may only be the beginning. There may be other still unknown symbiotic actions not related to infection prevention.

One particular area of interest is the triggering of genes from viruses integrated in our own genetic material. These endogenous viruses make up some 8 percent of our genetic material. Originally, they were thought to be nothing more than junk pieces of evolutionary history. But we now know they have a variety of functions. One of the most studied topics involving endogenous retroviruses in human health focuses on reproduction. A particular protein encoded by one particular virus, HERV-W, known as syncytin (alternately spelled syncitin) appears to be imperative for proper formation of the placenta. Without it, troubles may occur, including pre-eclampsia.

Roossnick ends her piece by reiterating the need to look at the mutual, symbiotic role of viruses in our lives. This requires a concerted effort to improve sequencing and bioinformatics. It’s already happening and she is pleased to see. For her, the future is bright, as inevitably more symbiotic viruses will be found. All that’s needed is a will, a way, and of course, some good funding.