This super-cheap paper centrifuge can spin 125,000 times per minute 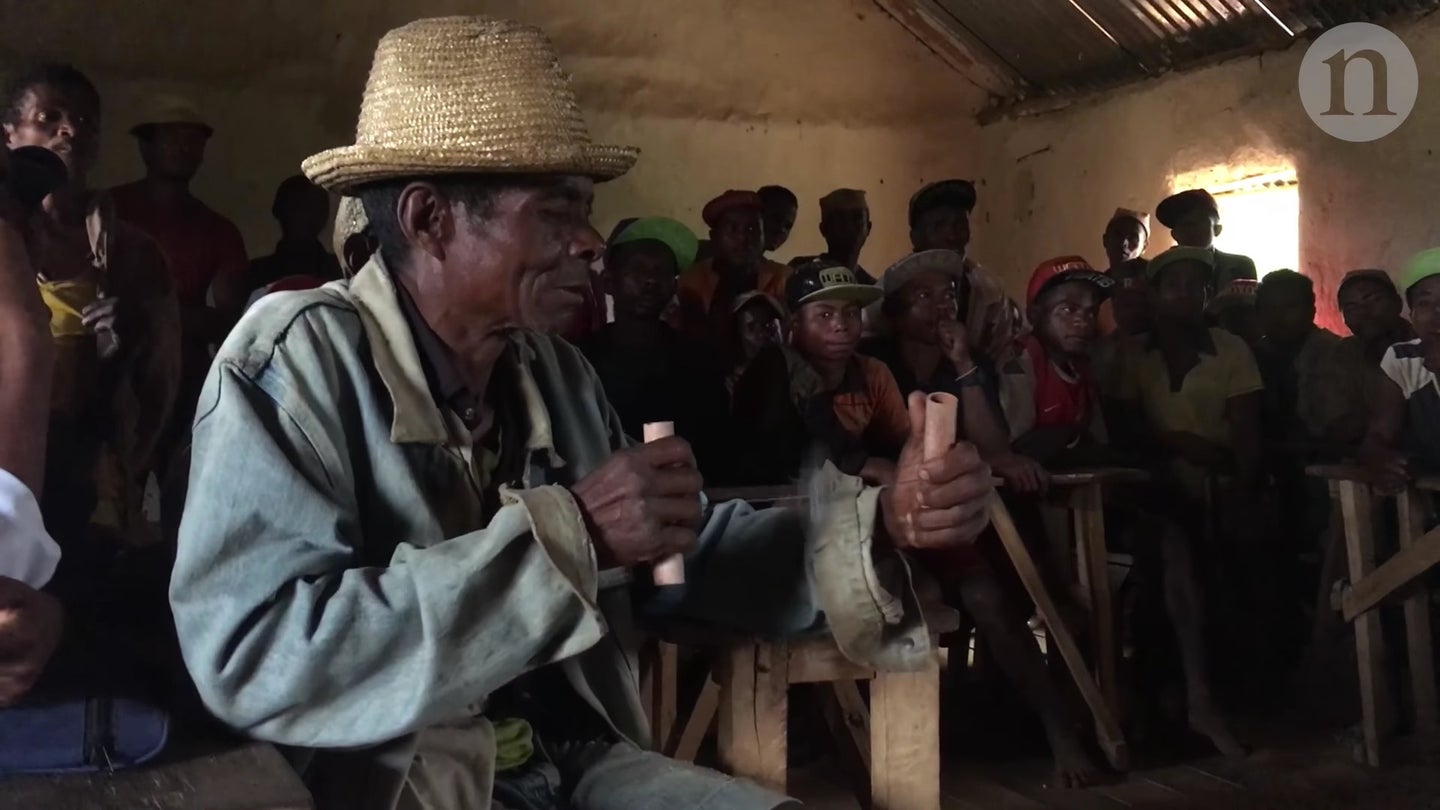 Bioengineer Manu Prakash recreates expensive scientific equipment using incredibly cheap materials. This quest has led to a paper microscope with components that cost less than a dollar and a music-box-inspired lab-on-a-chip that could cost 4500 times less than comparable devices. His latest contribution to what he calls “frugal science” is a paper centrifuge powered solely by human hands.

To test a person for diseases such as malaria, HIV, and tuberculosis, scientists spin samples of the patient’s blood, urine, or stool in a centrifuge. Thanks to centrifugal force, the spinning motion separates cells of different weights—such as pathogens in the blood—from the rest of the sample. Researchers can then look at the separated cells under the microscope to identify the disease.

But a bench-top centrifuge, which whirls at around 20,000 revolutions per minute (rpm), makes for less-than-ideal field equipment. It’s bulky and heavy, costs hundreds (if not thousands) of dollars, and relies on electricity. Some researchers have tested out salad spinners or egg beaters as possible low-cost alternatives, but these options barely reach 1,200 rpm.

Instead, Prakash and his collaborators looked to a simple, ancient buzzer toy called a whirligig for inspiration. Based on that design, they cut two circles out of paper, used Velcro to fasten tiny tubes of blood between the disks, and ran two strands of fishing wire through a hole in the circles’ centers. By connecting the twisted wire to two wooden handles and pulling the handles apart over and over again, a user can spin the paper disks—and the blood samples sandwiched between them—at top speeds.

This “paperfuge,” presented in a new paper in the journal Nature Biomedical Engineering, can spin at up to 125,000 revolutions per minute (rpm). In the paper, Prakash and his collaborators also explain how they separated malaria from samples of infected blood by spinning the device by hand for about 15 minutes. This demonstrates that the paperfuge could be a super-fast method of malaria diagnosis. Not bad for a device that costs about 20 cents to make.