Free To a Good Home: One Space Telescope, Still In Orbit

In an unusual move, our cash-strapped space agency is contemplating the donation of one of its still-functional space telescopes. The... 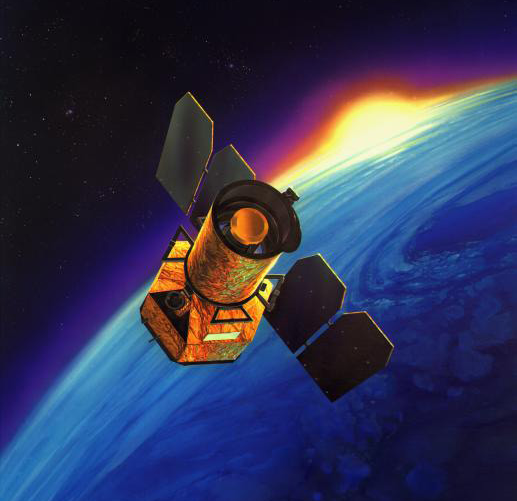 In an unusual move, our cash-strapped space agency is contemplating the donation of one of its still-functional space telescopes. The Galaxy Evolution Explorer mission is out of money, but the observatory still works just fine, so NASA might give it away — if Caltech wants it.

Probably not much would change for the daily life of the 9-year-old space telescope, which has been beaming back pictures of galaxies for way longer than it was designed to last. The California Institute of Technology already leads the mission and takes care of science operations and data analysis. But NASA owns and built the telescope, which was designed to have a life-cycle cost of $150 million. This donation would really be a legal thing, transferring ownership of the telescope as well as operation. Caltech would not give NASA any money, according to NASA.

GALEX, as it’s known to its friends, was placed into standby mode last week as officials prepared to shut it down permanently. It was initially recommended for decommissioning next year, but NASA acted faster to save money. It’s not clear how much this saves, however. Spaceflight Now reported the transfer plans on Friday.

Since its 2003 launch, GALEX has discovered plenty of neat things, including a gigantic comet-like tail behind a speeding star; “teenager” galaxies, which help to explain how galaxies evolve; and confirmation ofthe existence of dark energy.

Transferring ownership of a space telescope is a bit more complicated than re-homing a dog, but there is a provision in U.S. law that provides for such a deed. The Stevenson-Wydler Technology Innovation Act allows the transfer of government-owned research equipment to nonprofits or educational institutions, Spaceflight Now says. NASA has donated retired equipment under this act, but never a functioning spaceborne asset. Commercial satellites change hands frequently, but that’s a different story.

Caltech officials are discussing what to do, and will notify NASA by March 31, Spaceflight Now reports. Then GALEX will either get new owners or shut down for good.