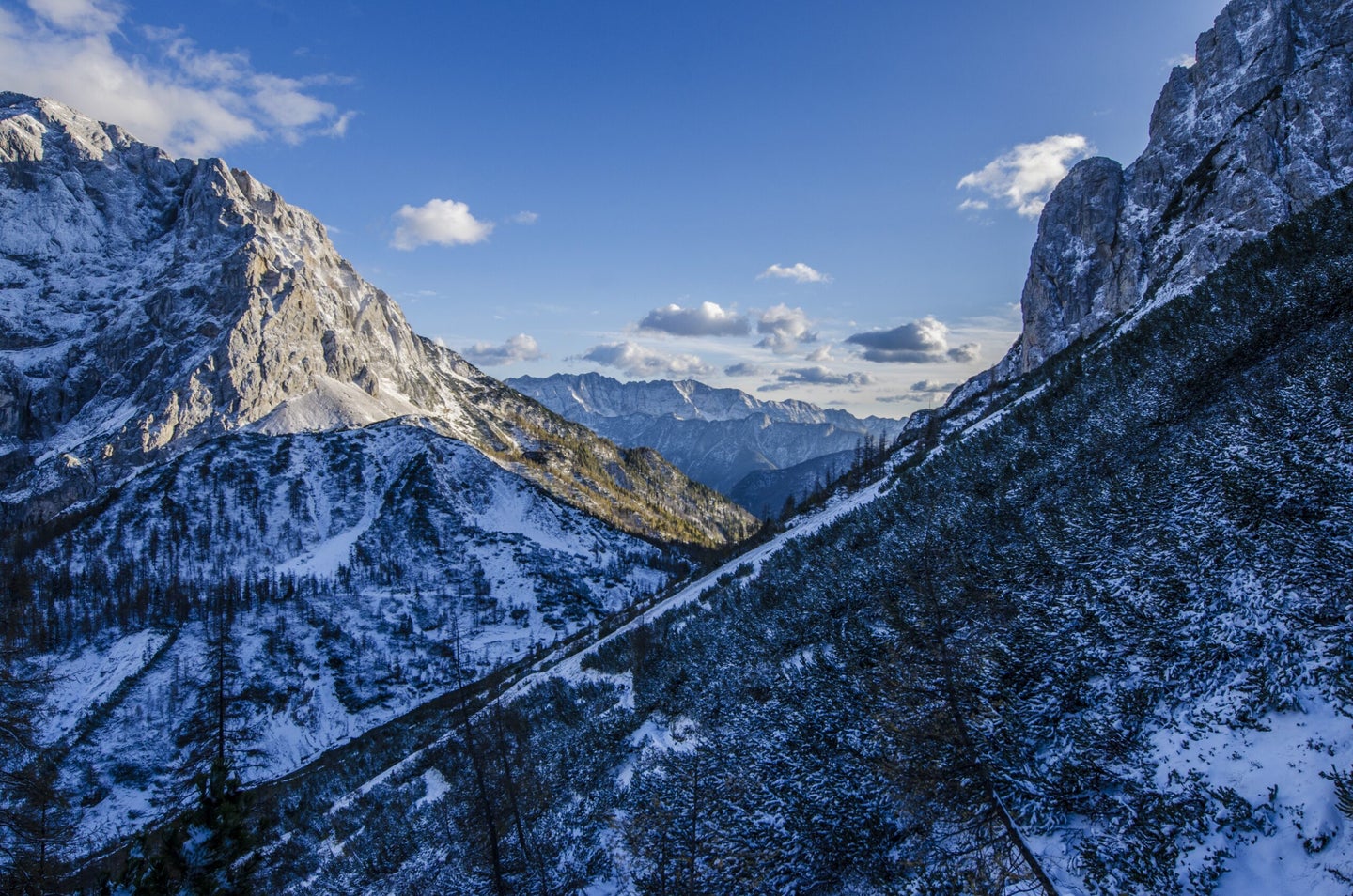 In Sarah Kapnick’s world, Atlantic hurricanes and California snowstorms aren’t far apart. Like all climatological phenomena, both are the outcome of chaotic and seemingly untangle-able variables that affect huge swaths of the United States. And so when she was working on a model to predict seasonal hurricanes and tropical cyclones on one coast, it occurred to her that the very same model might be able to predict snowfall.

This might seem like an odd use for a climate model, but that’s only because we so often think of snow storms as localized, intermittent events. We’ve reached a point in climate science where we can predict general temperatures and precipitation quantities about three months out, but when the National Oceanic and Atmospheric Administration—where Kapnick works—publishes their forecast for winter weather, it keeps snow out. For now, such forecasts elude us.

“This is really the first time that we’ve tried to answer this question,” Kapnick says excitedly. The question being: how do you predict whether a winter will be snowy—and why is it so hard to do? She explains that unlike temperature or precipitation, forecasting snow several months out involves interconnected variables.

“Snow is harder because you need the right temperatures and falling speeds for it to become snow,” she says. You’d need to predict the conditions during every precipitation event, not just how much water will generally fall over an area in the course of a season. Our atmosphere has layers, each with its own density and temperature, so the rate at which water falls helps determine whether it stays as a liquid or turns to snow or ice, all of which you’d need to predict to figure out whether you’d get six inches of fluffy snow or just cold rain.

And overall snowiness depends not just on the total snowfall, but also how long it sticks around. On the East Coast, snow tends to quickly melt away, whereas on the West Coast (especially in the mountains) it often builds up into snowpack. Kapnick and her team are focused specifically on snowpack, since for many regions it’s the accumulation that matters.

The amount of snowpack in the mountains determines how much water flow there will be the following spring. Cities that rely on runoff can usually figure out how much water supply they’ll have once the snow has fallen, but Kapnick’s method would allow them to know in July whether they’ll have substantial runoff in March of the next year.

It does that by modeling the entire Earth’s climate for a year. Hurricanes are the result of so many interacting bits of the ocean and atmosphere that the model she helped build to predict them is also capable of predicting other climatic events—like snowstorms. She just had to look at a different part of the world. She chose to peek at the western U.S. because, for one, cities on that coast rely more on snowpack for water supply (the East Coast gets precipitation year round, whereas the West mostly gets it during the winter). For another, there was just more data. California, Washington, and Oregon have more weather stations that have been gathering information for longer—some since the 1930s, most since the 1950s—because they cared a lot more. Water managers back then wanted to be able to figure out how much supply they’d be getting, so they set up a system to do so. East Coast water managers had an easier time, so there’s less data available now.

To predict the actual snow, Kapnick runs the model starting from July 1 of every year for which data is available. She and her team do that multiple times and get 10-12 possible futures. When those separate possibilities start to converge, they can start making predictions. It’s like running a simulation game over and over again until you start seeing a pattern in how the simulations turn out. The water in the air and the soil, the salinity of the ocean, the temperature of the sea surface, the temperature at every atmospheric layer, the directionality and speed of the wind—they all go in, and snowfall prediction comes out.

All that data allows them to provide proof of concept, which they published in the journal PNAS at the end of January, but there’s still some refinement needed before farmers and water managers (and yes, even you) will get a seasonal snow forecast.

The model doesn’t work well in every region, though. In the Sierra Nevadas, for example, there’s a lot of variability in the climate. That area got most of its snowpack in just a handful of large storms and the mountains themselves are very narrow, so you’re trying to predict weather for a whole year over a tiny area. It’s kind of like your local weather forecast. It’s generally easier to predict what will happen on average in the state of Pennsylvania than what temperature it will be at any given time in Philadelphia. Kapnick isn’t even sure whether they’ll be able to predict places like the Sierra Nevadas at all. “There’s two ways to look at it. One is that we don’t get a good prediction because the model is too chaotic, so we won’t ever be able to predict it. The more optimistic approach is that there’s something missing in our model, and if we can figure out what it is we can fix it.”

As an East Coast-er, Kapnick is interested in expanding her efforts to forecast the snowiness of New England winters. But she and her team will have to work on refining what’s called the initialization system. That basically means the starting state of the model—all the data you put in at the beginning. Right now they have a ton of information from the ocean because they can combine satellite data with the unmanned drones swimming around taking temperature and salinity measurements. Together, the two provide a lot of predictive power. But they still need to find better ways to integrate land-based and atmospheric data to increase the model’s accuracy. Everything from wind speed to soil moisture can feed into the model—they just have to know how to combine it all.

It will be at least another few years before we start seeing public predictions, and while that may feel far off to those who long to know how snowy our winters will be, Kapnick would like to remind us that we’ve already come a long way. “Seasonal predictions first started in the early 1980s with El Niño prediction—the first paper came out when I was four,” she says. Now, she’s working on predicting snowpack eight months in advance. “It’s an exciting time as a scientist,” she says, “but also just as a society. We could have full seasonal predictions in our lifetime that would allow us to plan our lives around the weather months in advance.”