Big Pic: The Sun Like You’ve Never Seen It Before

Scientists colorized this image to show the intensity of coronal mass ejections. 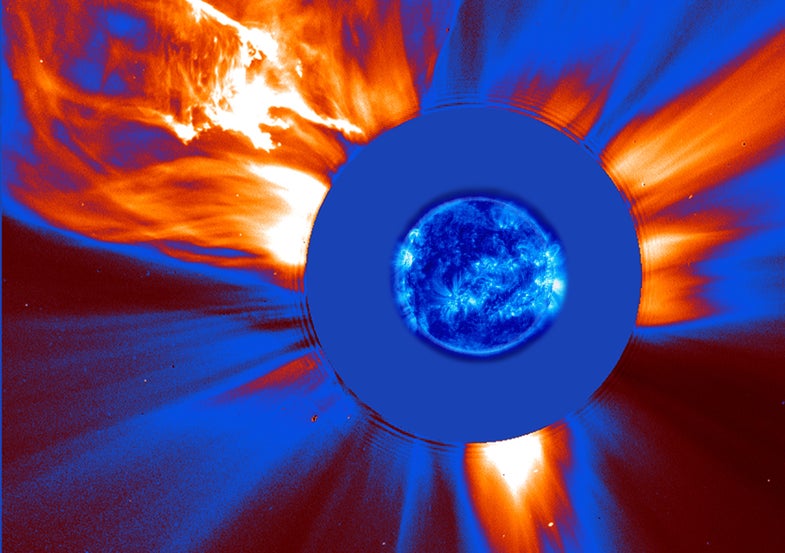 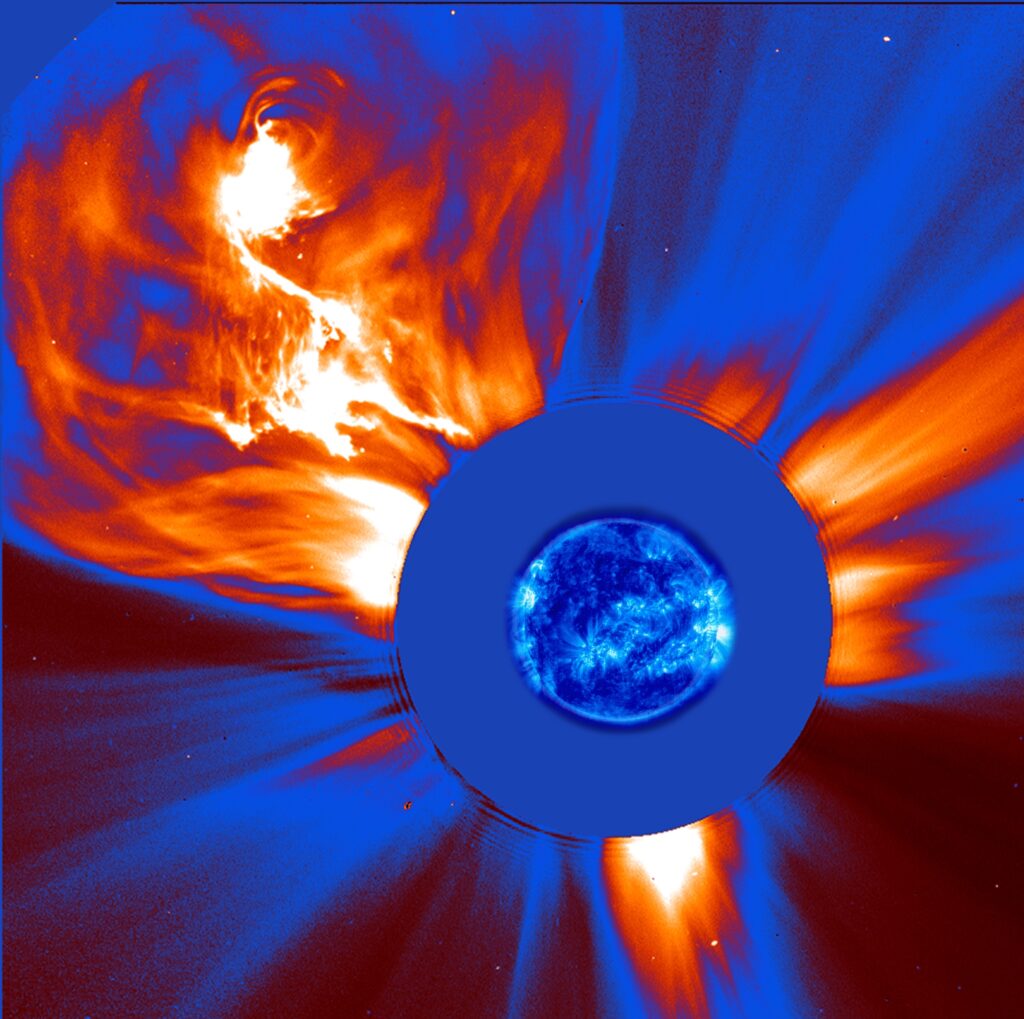 In this image, the sun reaches out into space with long, super-intense flares of magnetized plasma called coronal mass ejections. When they’re directed toward Earth, such ejections may trigger auroras. Especially powerful ejections interrupt power supply and communications on Earth.

The Solar and Heliospheric Observatory, a joint project between the European Space Agency and NASA, originally took this photo in 2002. Scientists recently colorized it to show the intensities of the ejections. The white regions in the image are the most intense, while the red regions are of medium intensity and the blue regions are the least intense.

The solid blue disc shown around the sun helps block direct sunlight so that details in the corona are more visible. The sun itself is shown in an ultraviolet view that displays which of its regions were active that day.

SOHO continues to take pictures like this today. (Check them out.) The satellite hangs out at Lagrange point L1, located between the sun and Earth. There, the gravitational forces of the star and planet cancel each other, keeping SOHO in place. It sends data to Earth that help astronomers understand the sun’s weather and predict events that would affect human life.