Visit A Stunning Salt Mine In Google Street View

The Polish Wieliczka Salt Mine comes to Google Street View 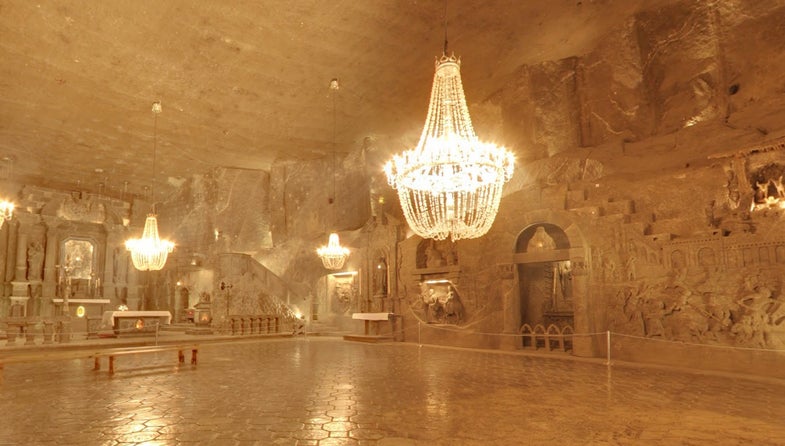 The Wieliczka Salt Mine, with its pure-salt chandeliers, began operations in the 13th century, drew tourists as early as the 15th century, and became a United Nations World Heritage site in 1978. This year, it got yet another tourist treatment: It’s now explorable via Google Street View. 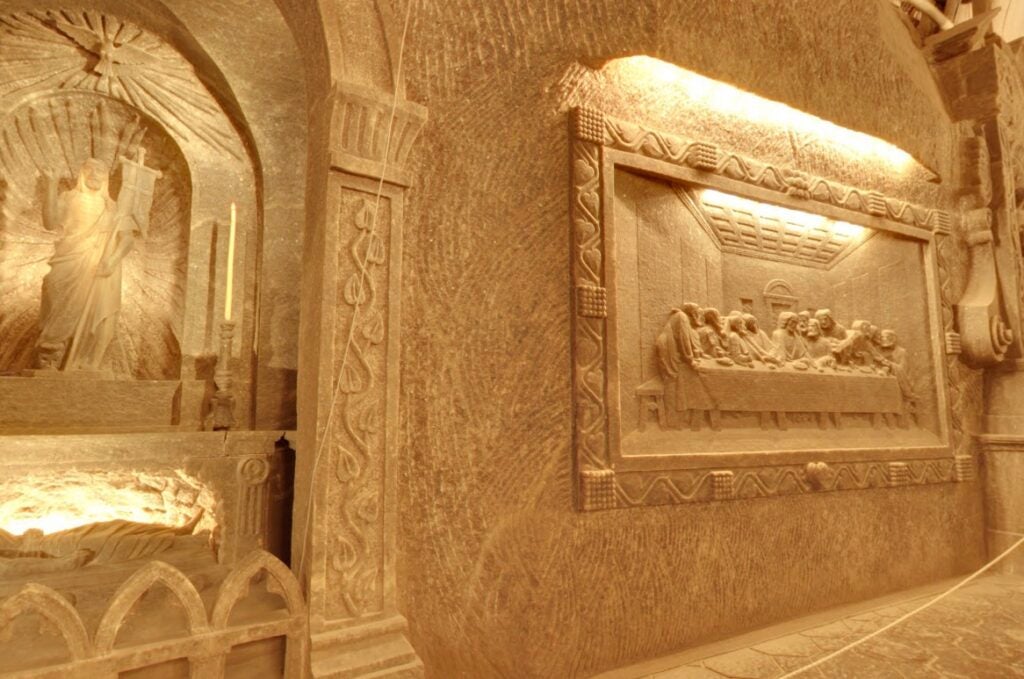 Replica of Leonardo da Vinci’s The Last Supper, Carved into the Wall at the Wieliczka Salt Mine

In medieval times, when salt was precious, the mine brought great wealth to Poland. Over the centuries, the men who mined it filled it with religious and historical sculptures and underground chapels alongside their workshops. Older miners taught younger ones how to carve in salt. In modern times, mine officials invited artists to create other sculptures in the mine’s passageways. 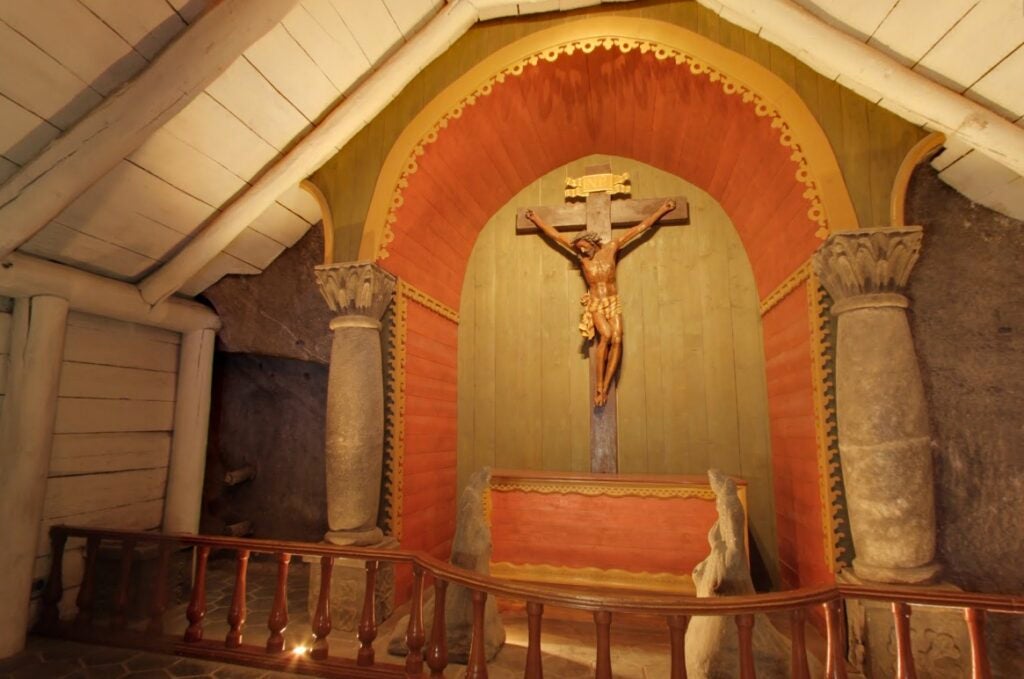 The Holy Cross Chapel in the Wieliczka Salt Mine

In an inherently dangerous job, the miners used the chapels to pray for their safety, according to the United Nations Educational, Scientific and Cultural Organization. Everything in the famed Chapel of St. Kinga that is not carved from rock is made of salt, including the chandeliers and the Virgin Mary statue in her salt-crystal alcove. 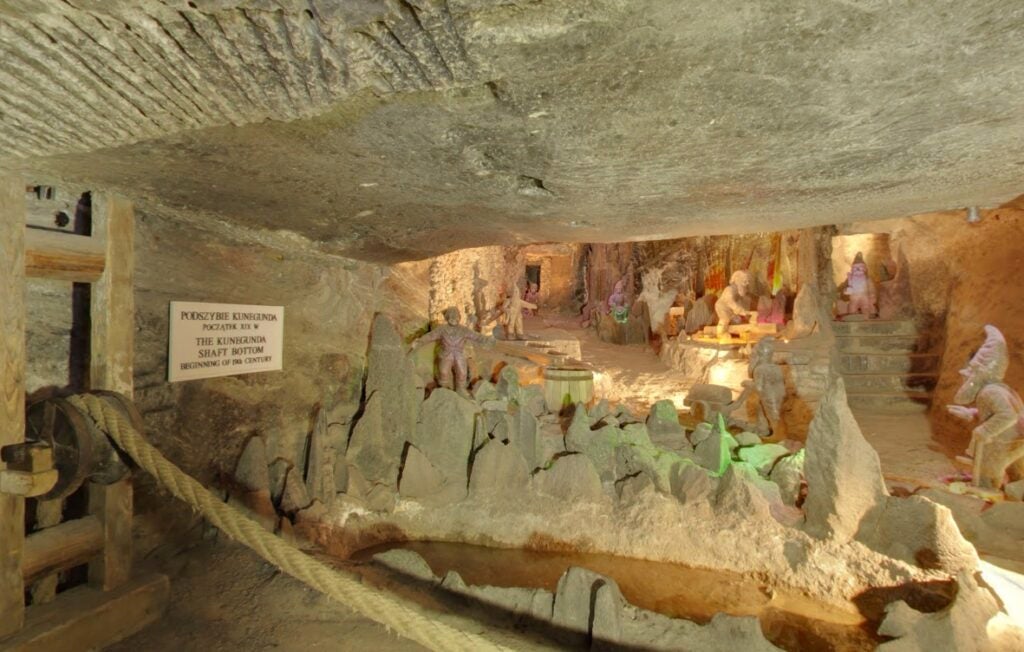 Dwarf Statues in the Wieliczka Salt Mine

The mine has nine levels and about 190 miles of galleries, although only a small proportion of that is open to the public. In Google Street View, you are able to visit two different levels and see a few different rooms.