Oculus Rift Will Make VR A Reality In 2016

Get ready to jack into the matrix 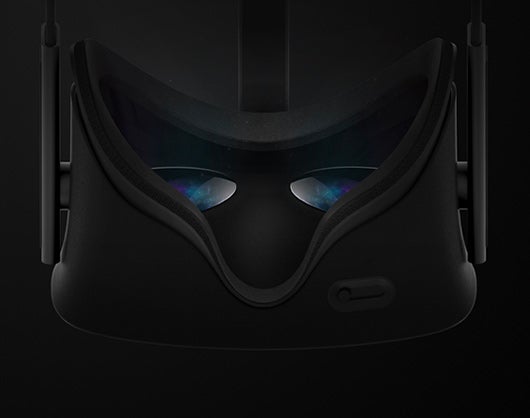 Virtual reality is about to meet actual reality. Oculus VR, the company behind the long-in-development Oculus Rift, has announced that it will finally begin to ship the virtual reality headset beginning in early 2016.

Pre-orders of the device, which can been used for everything from immersive space sims to interactive VR movies, will kick off later this year, at a yet undisclosed price point. The shipping device, based on the company’s Crescent Bay prototype, will include built-in audio and what Oculus describes as “an improved tracking system” that works regardless of whether you’re sitting down or standing up.

The ergonomics and industrial design have been tweaked as well to make it a product that’s a little more polished for the consumer market. Previous models were only available for developers interested in building apps and games for the headset, though the company also helped produce the Gear VR headset being sold by Samsung.

We’ll get more details from Oculus VR in the coming weeks, including the price and full technical specifications, and the company teased that the upcoming E3 gaming conference might be one venue in which it would deliver further information. The big question remains exactly what software will work with the Rift upon launch. We’ve seen some examples already, including space sim Elite: Dangerous and the aforementioned interactive movies. Given how long developer kits have existed, it seems likely that game companies and others have had time to add support for the Rift into their products, but I’d expect to see some game announcements at E3 and more as we get closer to the Rift’s actual ship date. Like so many new peripherals, however, there’s a chicken-and-egg dilemma; some will no doubt buy a Rift sight unseen, but many may wait to see whether this is a literal game-changing experience before they invest. Yet if nothing else, there’s always Oculus’s parent company, social media behemoth Facebook, which has said it intends to provide some sort of social experience through virtual reality.

Of course, Oculus isn’t the only company interested in VR: HTC has teamed up with Valve to produce a headset targeted for later this year and gaming company Razer is taking a bigger picture approach with an open source platform that’s compatible with multiple VR platforms. One way or another, virtual reality will be a fact of life in the next year or so.