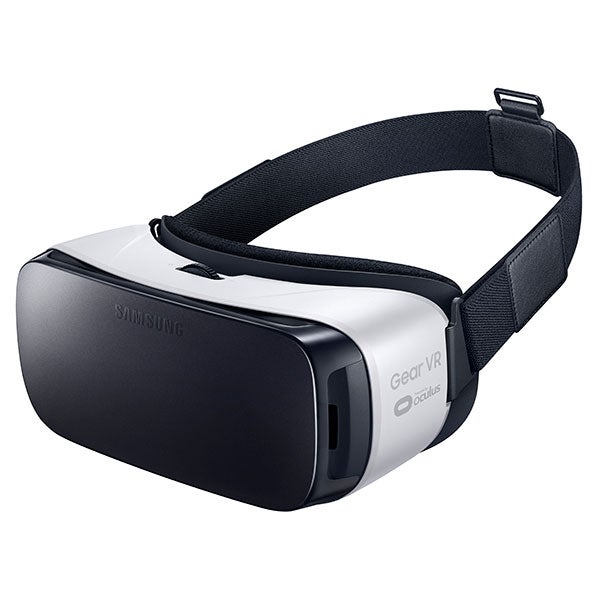 In time for the holiday season, the Oculus experience is getting one of its most anticipated headsets yet: one that piggybacks on an existing mobile device to provide a self-contained and portable virtual gaming experience.

Samsung’s long-awaited VR headset is ready to enter the rift. Starting today, the Oculus-ready system is available for pre-order, and will ship later this month.

A lighter-weight version of the developer models is already out in the world. Gear VR enhances a (Samsung-only) smart-phone experience. You’ll be looking at the phone’s screen and using its processor for the games and videos you play and watch, but the headset itself is built with more sensitive and responsive motion trackers than the phones are really capable of housing.

With a phone, it makes for a self-contained unit—and a fairly streamlined one at that.

The $99 price tag for preorder doesn’t come with a phone; you’ll need one of the brand’s own devices, which includes the Galaxy Note 5, Galaxy S6 edge+, S6, and S6 edge. Games aren’t included either.

Of course if you’re dedicated to buying one, you may be asking what exactly there is to play on the new headset. Gear VR will have dozens of titles in the coming months, including one that’s available now. And if last year’s success is any indication, one of the most promising titles of the year is coming out this week.

“Land’s End” is a VR-centric puzzle solver from the same folks that created the successful iPad puzzle game, “Monument Valley,” which was the 2014 Apple iPad game of the year. While “Monument Valley” uses touch screens to lead players through increasingly intricate and aesthetically pleasing puzzles, “Land’s End” uses head-rotation tracking, much the same way you’d use a mouse on a standard PC, to solve environmental puzzles.

Gear VR ships on Friday, November 20, and is available for pre-order online from Amazon, Best Buy, and Samsung.com.