Archive Gallery: Our Obsession with the Titanic 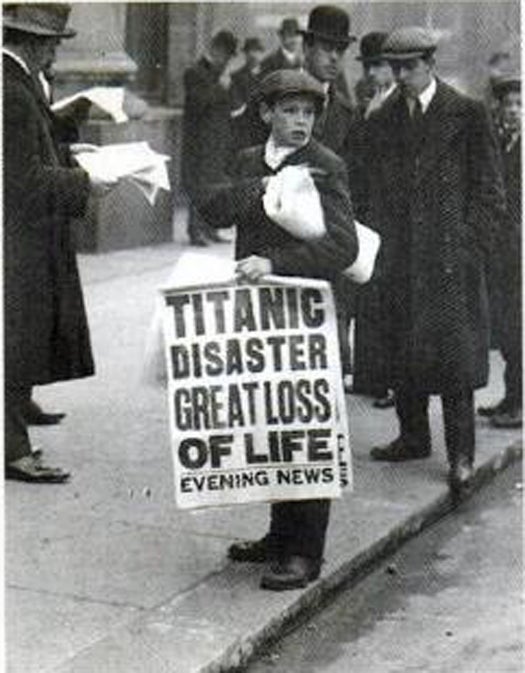 From the moment the devastating news reached New York, America has been utterly enthralled by the Titanic disaster. We savor mental images of the super rich clinging to debris, drowning because they grabbed jewels instead of a life vest, and we still can’t help but wonder whether the iceberg was cosmic punishment for the arrogance of claiming an “unsinkable” ship. Even 100 years later, we want to know what else the wreck can teach us. 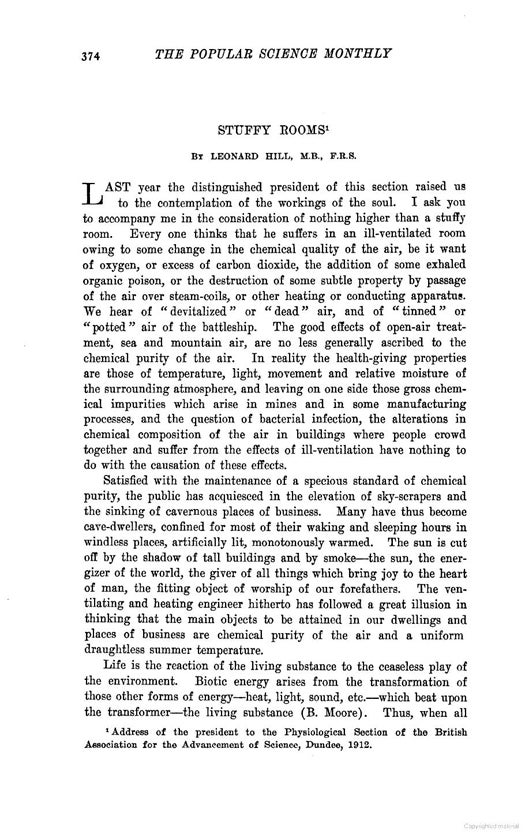 Popular Science’s first reference to the April 1912 Titanic disaster was not until October, and then the icy tragedy earned only a passing reference. Leonard Hill, M.B., F.R.S., wrote nearly 100 years ago that a sedentary, indoor lifestyle was making Americans weak, sickly and impotent. The passengers of the Titanic survived hours in the icy sea, soaking wet and wearing only thin clothing, Hill says. So why are namby-pamby city dwellers unable to handle even minor discomforts? “The conditions of great cities tend to confine the worker in the office all day,” resulting in a serious loss of toughness, “not because of the cold but because of our excessive precautions to preserve ourselves from cold.” Just four months after it sank, the Titanic was already a metaphor for the perils of industrialization. Read the full story in Stuffy Rooms. 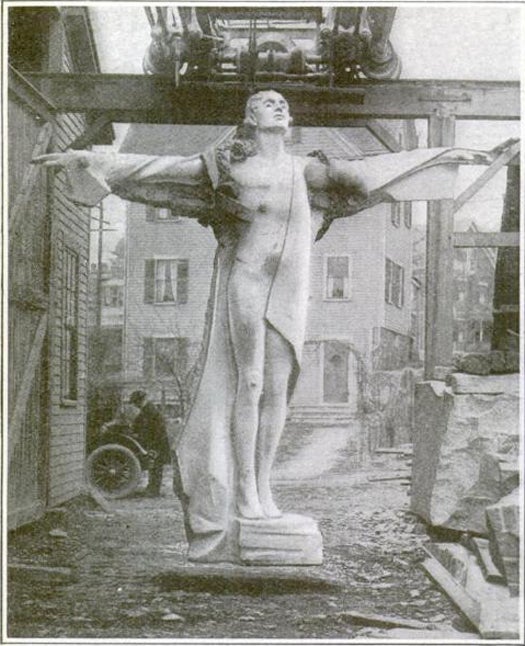 Mrs. Harry Payne Whitney designed this 15 foot granite memorial for the men who died so that women and children could take seats in the limited lifeboats. “The stark simplicity of the whole design, and the reach of the arms, which the artist consciously exaggerated, make the statue one which will be remembered.” Indeed, the Titanic Memorial still stands in southwest Washington, D.C. Its inscription reads: To The Brave Men Who Perished In The Wreck of The Titanic, April 15, 1912. They Gave Their Lives That Women and Children Might Be Saved. Erected By The Women Of America. Read the full story in To the “Titanic” Heroes. 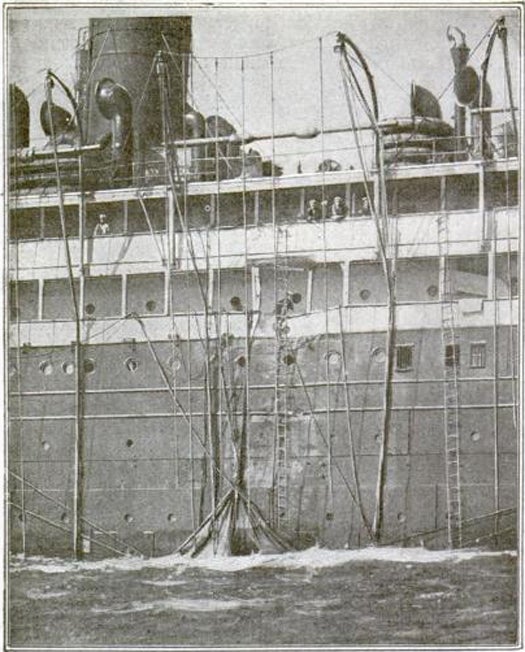 Sea captains learned a lot in the seven years after an iceberg brought down the Titanic. This news article describes how the unsinkable ship’s lower compartments filled with water one by one, while the crew was helpless to plug the gaping hole in the hull. By 1919, though, captains had devised a stopgap: “Lowered over the side of the ship,” a large mat “is forced by the inrushing water against the leak.” The emergency measure was (successfully) put to the test when the commercial freighter Redondo rammed the U.S. Navy transport Graf Waldersee just off Long Beach, New York. All passengers and crew made it back to land safely. Read the full story in When the “Graf Waldersee” Rammed the “Redondo” in a Fog. 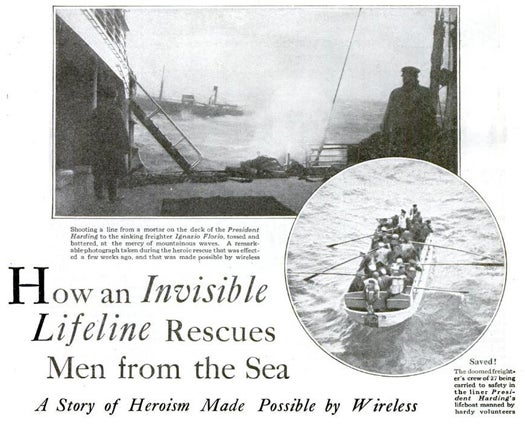 Without the miracle of wireless radio technology, the ill-fated Titanic “would have dropped from sight to become one of the world’s many maritime mysteries.” Even 14 years later, the tragedy of the Titanic remains salient in the national consciousness. “The developments of science have made it possible for the seas to be made as safe as land; and, if you’ll believe many an old salt, much safer.” Read the full story in How an Invisible Lifeline Rescues Men from the Sea. 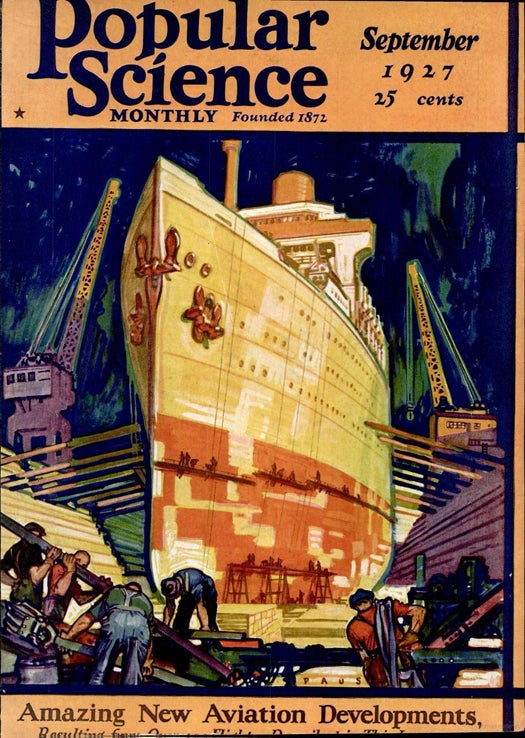 When the S.S. Malolo – the “largest and swiftest commercial craft ever built in America” (sound familiar?) – hit a Norwegian freighter in 1927, the impact was similar to the one the Titanic suffered 15 years earlier. But the Malolo was designed with modern, vastly improved safety features, and within moments of the collision, the crew was manning pumps and powering up auxiliary engines. Automatic bulkheads swung shut to contain the surging water, averting the domino effect that sunk the Titanic. The crew and more than 300 passengers were towed safely to New York. One traveler said, “It is unprecedented to see a ship rammed square amidships and still afloat. We owe our escape to the lessons learned in the Titanic disaster.” Read the full story in When Neptune Scowls: How Tempests, Fogs, and Stealthy Icebergs Challenge a Mariner’s Skill – Queer Mishaps at Sea . 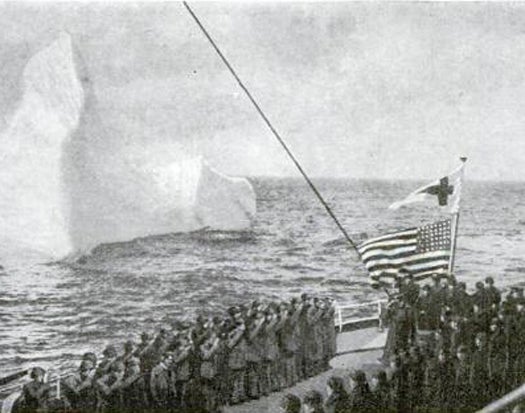 Even with the advanced safety features of 1929, ships still faced a major threat from icebergs. The brave individuals of the U.S. Coast Guard patrolled the North Atlantic day and night, searching for deadly “ice monsters” to slay with TNT and gunfire. But a newly patented technique proved much more efficient: “Thermit,” a chemical reaction between aluminum filings and iron oxide, produces up to 5,000 degrees of iceberg-shattering heat. Read the full story in Slaying the Ice Monsters: Frozen Giants Blasted to Bits – How US Patrol Boats Trail Atlantic ‘Growlers’ and Guard Ships from Peril.
icebergs
James Cameron
popular science archives
Technology
Titanic