Gmail now finishes your sentences, and the results are better than expected

(This headline was not finished by Google.) 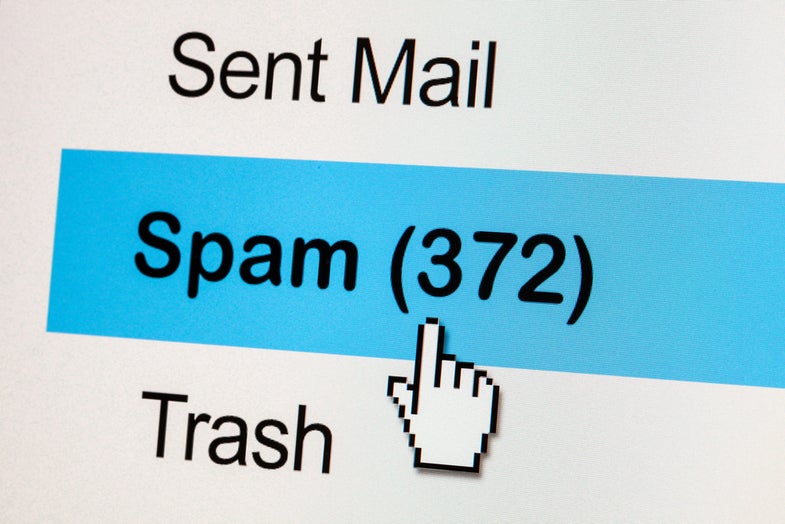 Google continued rolling out its Smart Compose feature to a larger group of users this week. The Gmail service, which was announced in May but rolled out slowly, generates suggestions for how to end this sentence—or any other.

The feature works like this: Instead of staring down a blank page, phantom words appear in a light grey amidst your half-written sentences. Hit the “tab” button, and Google’s words are incorporated seamlessly into your note, as if they were your own.

When I tried writing this story in a blank new message on Gmail, nothing happened. The service had very little predictive power in the face of my deliberately original sentences. But as I’ve been writing more rote messages to my colleagues, with questions about contracts or things that are administrative in nature, Gmail would automatically filled in “Hi, [person name],” try to round out a few easy sentences, and even generate a warm send-off. (I do hope to hear from you soon, colleague.)

For many users, this may seem like just another incremental improvement—or additional nuisance—in an email universe increasingly defined by AI. After all, Gmail launched Smart Reply months ago, enabling users to swiftly respond to an incoming note with a two- or three-word automated phrase like “Good to know” or “That won’t work.” And it’s been autocompleting our Google search queries for years. For others, it’s an alarming invasion of privacy, or a zombie service ready to eat our brains, and, with it, our capacity for creative or intimate conversation.

But the update is significant, and will only become more so with time. Whereas earlier features were a quick and dirty way to dispatch the lowest-stakes emails, this new tool is the first foray into a future where emails—finally—write themselves.

The modern world’s relationship with email is, in a word, unhealthy. (Also, unbearable, untenable, and just downright maddening.) According to a 2016 report from Adobe, the average employee spends more than 4 hours a day looking at emails. That’s 20 hours a week, or fully half of a full-time job, spent reading or crafting tiny textual missives on an eyeball-frying device.

Despite our endless effort, email rarely pays off. Research conducted by the University of Glasgow suggests that 80 percent of email is unnecessary. According to their report, unnecessary emails consisted of notes that didn’t need to be sent at all, or a missives sent on topic so important and complex it needed to be discussed in person. If their numbers are truly representative (they certainly feel representative), that would suggest only one of every five emails is justifiable, namely those for sharing documents, asking a specific question, or compensating for incompatible time zones.

Everyone has their own way of coping with this Sisyphean task. PopSci‘s tech editor, Stan, has literally tens of thousands of unread emails, and corresponding angry red notification bubbles, on his phone. (He answers every note I send him, of course, but unwanted newsletters, spammy promotional items, and procedural “thanks” notes linger.) Those of us on the “inbox zero” end of the spectrum don’t fare any better. We may boast a cleaner interface, with an obsession-friendly set of folders and labels, but the amount of time spent taming Gmail is, quite clearly, a waste.

Many people are hesitant to automate email’s tedium away. And for some good reasons. In a recent newsletter, writer Kyle Chayka noted that giving away some of your authorial control, even on things as small as a text message to your mom or an email to your boss, allows corporate interests to seep into your communications. “I’ve noticed that using the dollar-sign [in iMessage on an Apple phone] turns any text into a link to send that amount of money and the names of musicians links to stream said artist on iTunes,” Chayka writes. “This is less convenient than manipulative, pushing users toward in-house products through the medium of our own words.”

David Crystal, known as the father of “internet linguistics,” has similar concerns. He told me over email that the “main downside, I suppose, is that it could reduce the motivation to be personally creative, and might make senders lazily opt for a sentence which isn’t really what they wanted to say.” He also thinks there may be some awkward AI-bred encounters. “I suspect there could be a backlash when a receiver suspects a sender hasn’t bothered to write the whole of a message personally, or receives another message with the same sentences as were received before,” Crystal writes.

Instead of filtering our digital live through a polite, tonally-appropriate artificial brain, Chayka suggests we slough off our social inhibitions and respond however we actually feel. There’s precedence for this approach, set primarily by Mark Cuban, billionaire owner of the Dallas Mavericks, the face of Shark Tank, and world-famous email-er. As Katie Notopoulos wrote in her rollicking 2017 Buzzfeed piece “I tried emailing like a CEO and quite frankly, it made my life better,” Mark Cuban responds to every single email he receives—and he does it in the most minimalist fashion imaginable. “Yes,” is a complete email. So is “no.” Dispatches fly; no hand-wringing or obsessive rephrasing required.

In her piece, Notopoulos cleverly correlated Cuban’s style with power. He doesn’t have to be afraid of reproach. He’s the shark. (Other power players, Notopoulos notes, write in this similar CEO style. Hillary Clinton’s leaked emails read much the same as Cuban’s.) But brevity is also acknowledgment of the email’s fundamental utilitarianism: It’s important to remember the form literally exists because back in the 1960s, scientists were worried about being able to share information in a literal nuclear holocaust.

Just when you thought you finally got everything under control@britneyspears pic.twitter.com/eTS4AsTjni

Effortless email isn’t here yet. The auto-fill isn’t very sophisticated, proffering only the most basic information and vaguest niceties. When my boss had Gmail compose a note to me almost in its entirety, my Gmail responded by labeling her note as “phishing” and warning me not to engage. But Smart Compose’s promise is real. When I emailed Mark Cuban to ask about his impressions of feature, he wrote back in 50 minutes. “I absolutely love it,” he said. “It adds at least 30 minutes to my day.”

How much of that message was automated, I’ll never know.