A Silent, Hybrid Motorcycle For The U.S. Military

DARPA is funding development of a super-quiet, off-road bike for troops. 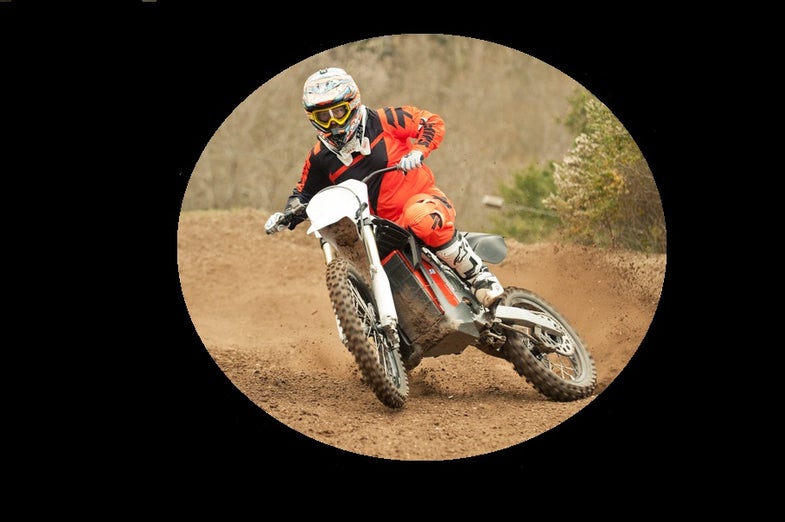 Key to many a successful military assault is the element of surprise. If an attacking force can arrive undetected—through terrain thought to be impassible—the battle is half won. The U.S. Defense Advanced Research Projects Agency, the arm of the Pentagon most responsible for shiny, futuristic technology, recently gave a $100,000 grant to Logos Technologies, a Fairfax, Va.-based defense tech company, to develop a silent, hybrid-engine motorcycle for the military.

What can the military do with a motorcycle that runs nearly silently? Wade Pulliam, the program manager at Logos Technologies, told Popular Science that while there’s “no CONOPS [concept of operations] set in stone,” it would be ideal for missions deep into hostile territory. Helicopters and V-22 Ospreys could deliver troops and bikes to where they’d start the mission, and then troops would ride the bikes farther into difficult terrain.

When not running on electric power, the bikes would use gasoline, JP 8 (a military jet fuel), diesel, and other fuels that could recharge the batteries as they propel the bike. The bike could also be used to charge electronic devices carried by the troops.

Pulliam says DARPA wants “military users to be able to scavenge fuel while on missions,” so compatibility with a range of fuels is important. The bikes are also two-wheel drive, which gives them even greater ability to maneuver difficult terrain, such as on narrow mountain paths and over fallen trees.

The hybrid off-road motorcycle has a strange parentage. The body comes from BRD’s RedShift MX, an off-road all-electric motorcycle. The engine is based on a hybrid electric/fuel drone engine that Logos Technologies is currently developing. The point of the hybrid motorcycle is not fuel efficiency, though there could be some gains there. Instead, the military motorcycle would run electric-only for up to an hour straight, which is one hour of nearly silent use. This is less than the two hours of running time that the civilian RedShift MX gets per charge, but the DARPA-funded bike project isn’t a direct modification of the RedShift; it’s a new hybrid bike that borrows some features.

DARPA’s noise goal is 55 decibels while running electric only, which is slightly louder than the ambient sounds of a quiet office and quieter than a normal conversation. That should be good enough to escape notice from all but the perkiest of ears. When running normally, the motorcycle will be 75 decibels—slightly louder than a normal conversation but quieter than a garbage disposal.

This isn’t the first hybrid-electric motorcycle; Hero Motocorp of India makes one. But Pulliam points out that this is the first developed that’s “multifuel and with two-wheel drive.” Pulliam expects that his team will start development of a prototype in the next three months.

The ability of an army mounted on two wheels to launch a surprise attack was best demonstrated during World War II’s Fall of Singapore. Alan C. Headrick, in his excellently titled study “Bicycle Blitzkrieg: The Malayan Campaign and the Fall of Singapore,” describes how the Japanese attackers managed to catch the British defenders from an approach they through was impassible.

While another Fall of Singapore-scale bike assault is unlikely, a silent and capable bike increases the reach of a military to otherwise inaccessible nooks and crannies of the world.