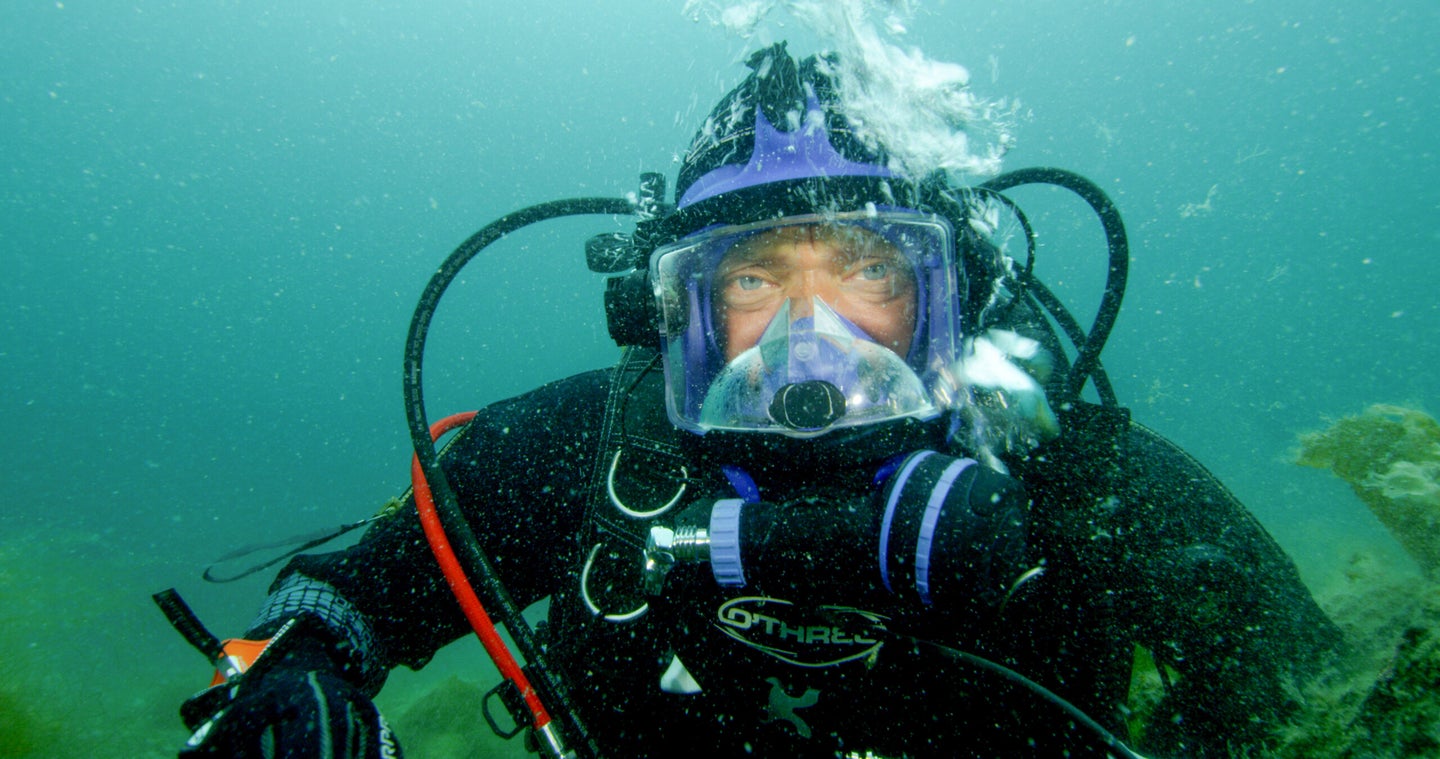 The normal human response to reports of a deadly shark in the water is to boil the sea, move inland, and spend the rest of one’s life in peaceful isolation at the top of a remote desert mountain. (Okay, perhaps that’s just me). For Animal Planet’s River Monsters show, Jeremy Wade instead goes into the ocean to look for salmon sharks.

He is aided in his quest by an unmanned underwater vehicle, or sea drone. Tossed from his ship into the water by hand, the VideoRay remotely operated vehicle peers through the green depths off the Alaskan coast, and spies the sharks it seeks. Then, to disprove the theory that salmon sharks are eating people, Wade’s crew tosses herring into the water to get the sharks hungry, and Wade himself dives in after.

Watch the scene below:

Wade is a biologist and an extreme angler, and he emerges from the shark and robot-infested waters unscathed. As he does so, he makes sure to note that, despite fears, the salmon sharks were totally focused on the fish around him, and that rumors of attacks on humans were just that, rumors. Which I guess means I don’t have to retreat to a desert mountain after all.