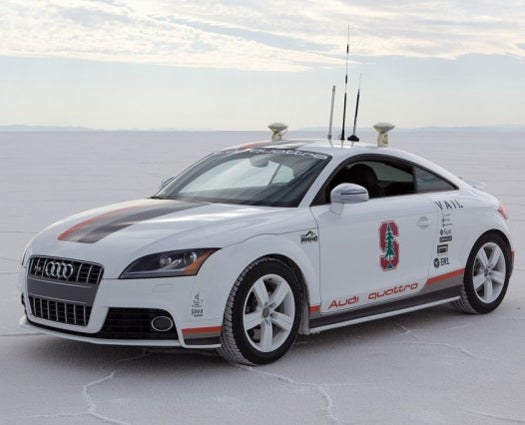 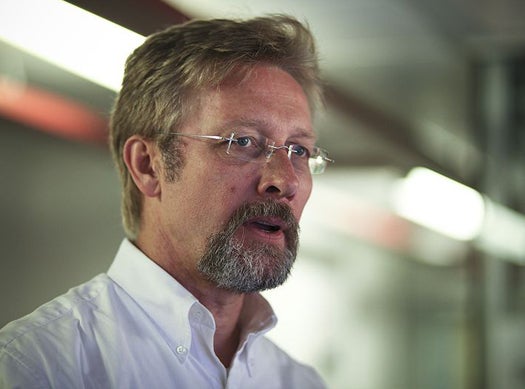 Car designer Chris Bangle has spent years designing forward-thinking vehicles, so now, with self-driving cars just legalized in California, we decided to pick his brain on what’s next for the automobile that no longer needs its master.

Today’s self-driving cars mostly look like the human-commanded variety; they just act automatically. But as they become more viable for mass consumption–by 2020, Bangle believes–they’ll need to be streamlined. Here are some thoughts assembled from Chris Bangle Associates S.R.L. about what the car–if there is a “car”–might look like when it’s ubiquitous, in 2050.

There are three main categories that a discussion about self-driving cars can fit into, Bangle says.

YOU INSIDE OF CARS

It’s the future. All that stuff in your car’s cabin? You’d think we wouldn’t need it, freeing us from the tyranny of the steering wheel forever. Theoretically, Bangle says, seating position could change several ways, making it closer to the way a bus is designed, for instance. But that doesn’t necessarily mean everything we associate with driving will be done away with. As an example: “Do you have to wear seatbelts in a taxi? Yes. Do you drive the taxi? No.”

There’s also the matter of how far into the future we’re talking about. A still-drivable self-driving car–in other words, one that functions both ways–might act as a stopgap toward a full-fledged driverless vehicle, but in the meantime, designers won’t be taking anything out that’s necessary for traditional driving.

Self-driving cars (fully self-driving ones, since we’ve made that distinction) might not rely as heavily on “optical signals,” Bangle says. Headlights, brake lights, other forms of automatic communication–those were created for humans, and if the humans deem them unnecessary, we might go without.

Bangle also points to the so-called “invisible Mercedes,” which uses LED lights to blend into its environment. If we’re not there to cause the accidents between cars, and if the cars can handle the driving on their own, why not put the cars out of our vision entirely?

CARS AND THE ENVIRONMENT

Some of this category ties into our already-changing attitudes about cars. Younger demographics are less interested in cars, Bangle points out. If we make those cars self-driving, they might be seen by consumers as the same as an automated taxi, even if they own the deeds to those taxis. If that happens, we might want something else out of our cars: we don’t care what a taxi looks like, after all, so maybe a point-a-to-point-b machine would be enough. Ownership in general gets “put into question” with self-driving cars, he says: what does a parking space mean when the car parks itself?

As Bangle sees it, that mindset might also have effects in advertising. Maybe car owners could earn money for featuring a company’s logo. When we’re not in control of cars, our sense of ownership could dwindle, at least psychologically. If that happens, we might be more open to using them for advertisements.

Those shifting attitudes don’t make Bangle particular upset. The field could use “some new references,” he says. “I think self-driving cars can do that. They’ll make us think again.”