You can see its little beating heart. 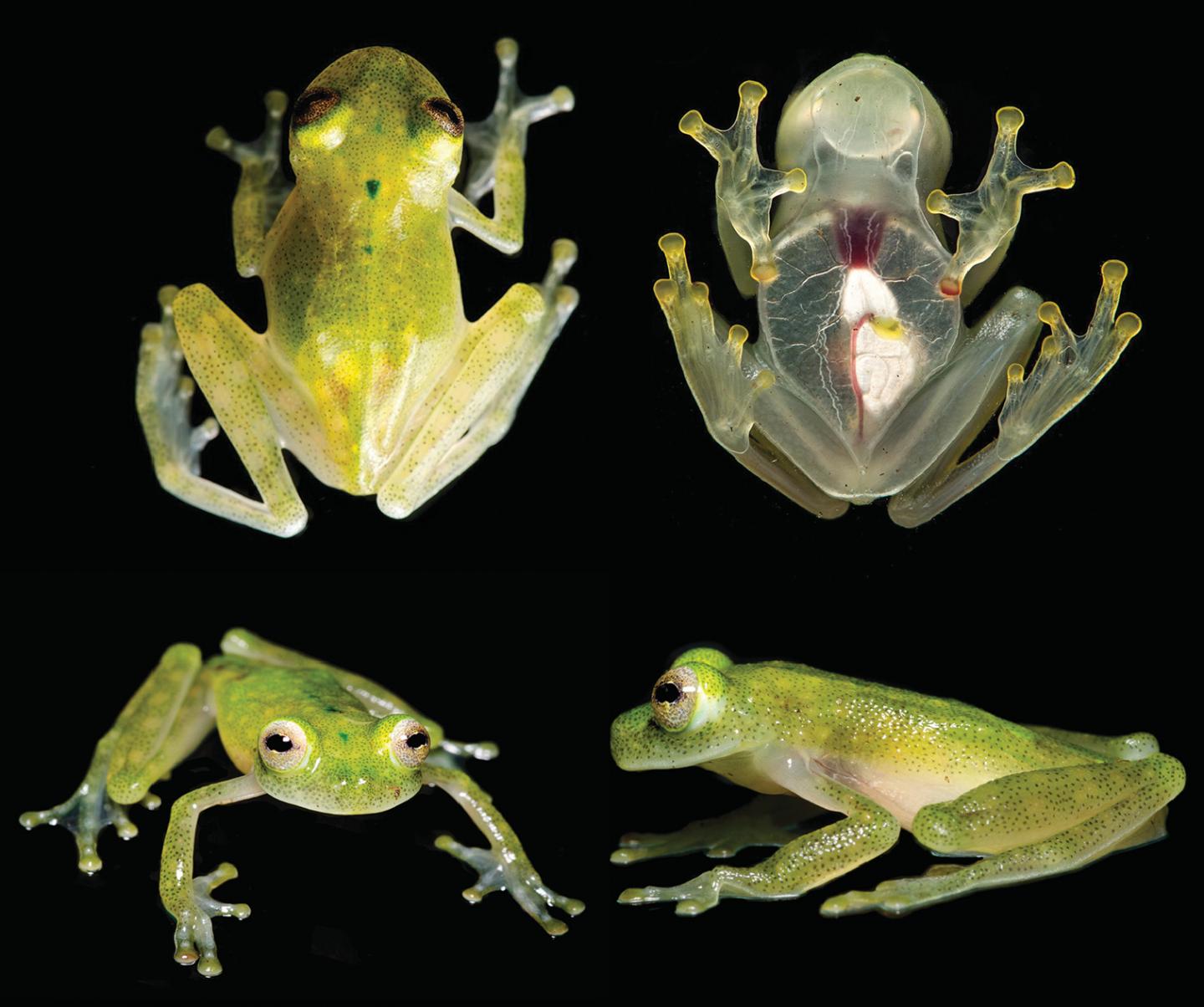 Good luck studying glassfrogs. Even the largest ones are barely two inches long, they live only along secluded streams inside dense jungles, and their translucent green skin blends perfectly with the leaves they like to hide under. And just to make life even harder for biologists, some of them have completely transparent skin.

Such is the case for Hyalinobatrachium yaku, a newly discovered species from Ecuador. A group of biologists found these little guys (and gals) hiding out in three different areas in the Amazonian lowlands. They published their findings in the journal ZooKeys. Most glassfrogs don’t have transparent underbellies, and even fewer have completely exposed organs, but H. yaku leaves nothing to the imagination.

Let’s face it: that’s one adorable frog. The trouble is that its relatives are all adorable too—adorable in the exact same way. Hyalinobatrachium frogs look remarkably similar, and since they’re hard to find in the wild biologists sometimes have to turn to museum specimens instead. Preserved glassfrogs don’t look like they do in real life, not just because their tiny eyes go all dead and cold, but because the act of preserving them changes certain physical traits. Melanophores, the pigment-containing cells that are responsible for black and brown markings in amphibians, can fade over time, especially if the specimen isn’t properly cared for. And if all that distinguishes one species from another is a speckled pattern of brown dots on one frog’s back, even the best biologists won’t be able to see a difference once that pattern has faded away. Sometimes species look essentially identical in life, but live in isolated patches separately from each other. These distinct breeding groups might qualify as separate species if biologists can find the frogs in their natural habitat. Museum specimens just might not have enough information to differentiate populations from each other.

H. yaku faced both of those problems. The biologists who discovered it had to distinguish it from multiple species that had similar colorings, mating calls, and breeding areas. A combination of those three traits were enough to establish little yaku as its own unique group.

No one is quite sure why some frogs have transparent skin like this. There’s no obvious evolutionary advantage and no clear biological function. Maybe they just took the issue of scientific transparency a bit too seriously?

Unfortunately for these buggers, they were no sooner discovered than they were at risk. Even small dirt roads in H. yaku‘s habitat disrupt their apparently very fragile ecosystem, and the Ecuadorian government is planning much more invasive work than roads. They’re ramping up their oil drilling efforts. If a barrier as small as a road isolates H. yaku and degrades its habitat, just think what air pollution and rumbling trucks will do to them. So enjoy the glassfrogs while you can—they may not be around much longer. And given how hard they are to find, it may be just as hard to tell when they’re gone as it was to figure out they existed in the first place.