Cool, weird, and gross stuff we played with at Toy Fair 2018 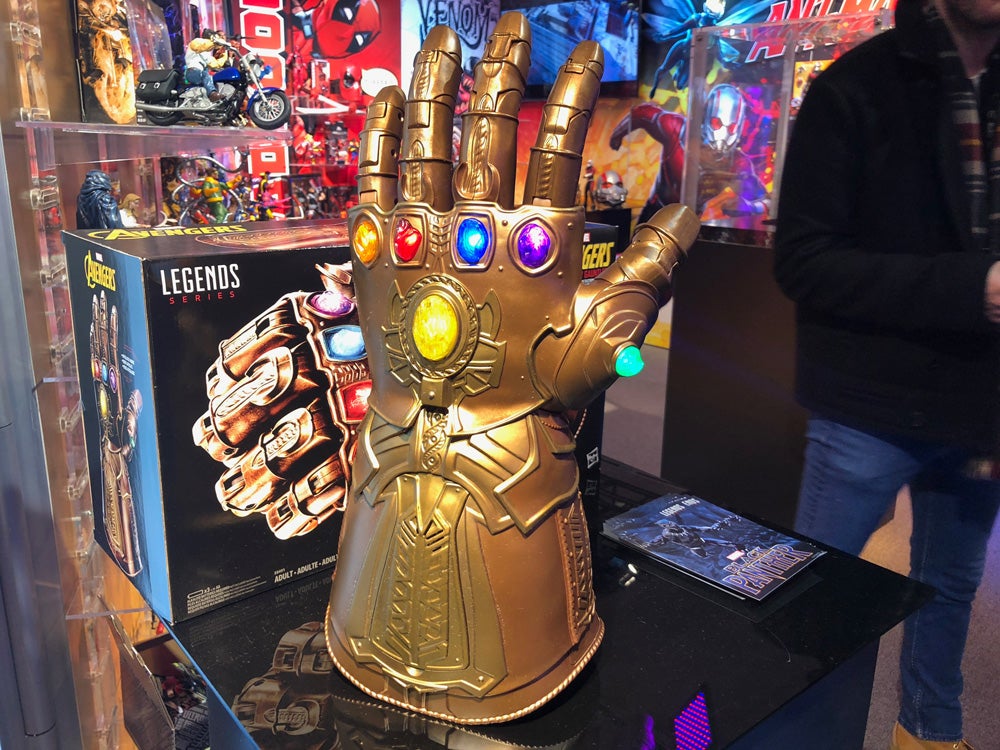 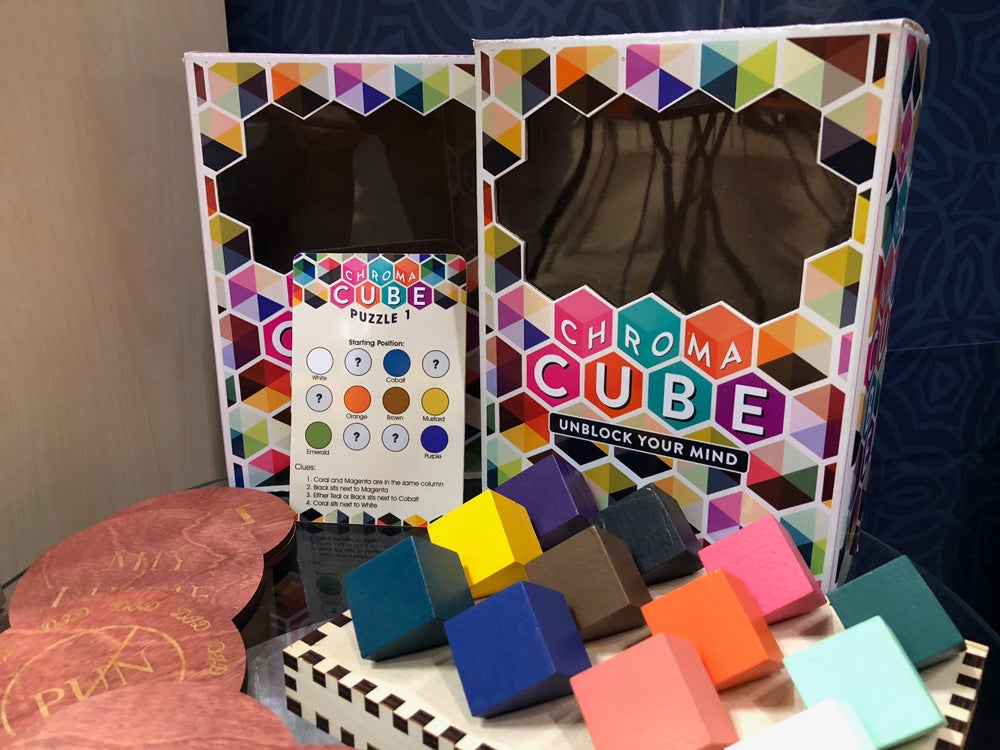 This colorful puzzle game is meant for a single player.

The word “toy” can have a lot of different meanings in 2018. It encompasses everything from a hoop you push with a stick like you’re a young French child in the 19th century to super-complex drones and interactive project kits. The annual Toy Fair in NYC is a chance for manufacturers to trot out their new playthings and show them off. We took to the show floor today to see what’s new. Sadly, hoop-and-stick technology has stayed relatively stagnant since last year’s show.

This puzzle game is meant for one player and works with the same basic logic foundation as Sudoku. Cards give you a starting point with the placement for a few blocks, and you’re left to figure out the order of the rest. The puzzles get progressively harder as you go along. 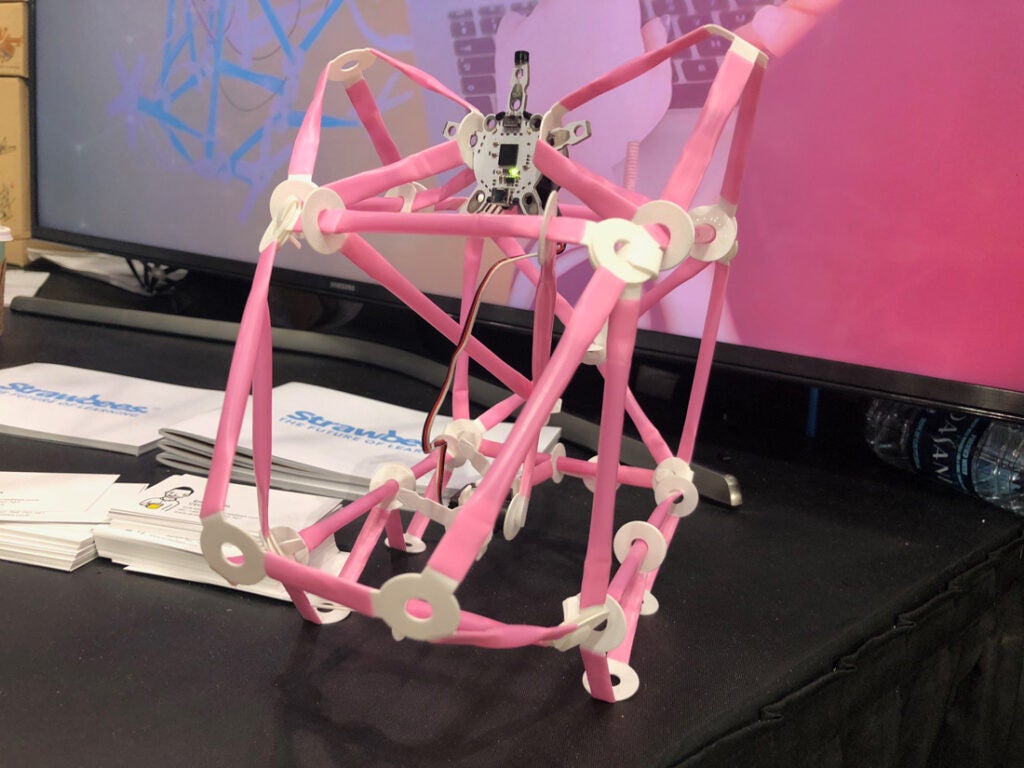 This pig shakes when it gets dark.

This adorable, scaffolding pig is made of simple straws and Strawbees connectors. It has an integrated light sensor and it shakes when you cover it, as if it’s scared of the dark. It’s one of a slew of different projects kids can make and code. The coding uses a drag-and-drop interface, but is built on the C language, so it can also accept real code from more advanced users. Plus, the utility runs on the web instead of a dedicated app, so it works pretty much anywhere without a dedicated application or account.

It’s not exactly packed with tech, but this massive replica of the Infinity Gauntlet has pulleys inside that let you control the fingers when you wear it. The stones also light up and make noise, which make this one of the coolest cosplay toys we have seen in a while.

Most coding toys naturally involve a screen of some kind thanks to a companion app or at least displayed instructions. Botley, however, uses physical objects to guide its path. Lay down a card with an arrow, and Botley will take that as a cue to turn. The kit comes with 77 different pieces, most of which are used to guide the bot’s behavior.

This set includes pieces that snap together to create circuits and turn on simple electronic devices like lights or decorative fiber optic strands. Once you create a circuit, you can take a photo of it with a tablet and the companion app and then control the electricity flowing through the physical toys with on-screen buttons. The illustrations in the app also show the flow of electricity to help young ones visualize what’s happening.

It looks like the fevered dream of a mad hamster genius, but these plastic tubes actually guide small, motorized vehicles through complex structures. The tubes connect with simple joints and builders can orient them in any direction, which enables all kinds of insane tracks. The upcoming expansion sets include funnels so you you can jump the vehicles out of one tube, over a gap, and into another tube where it can keep going. 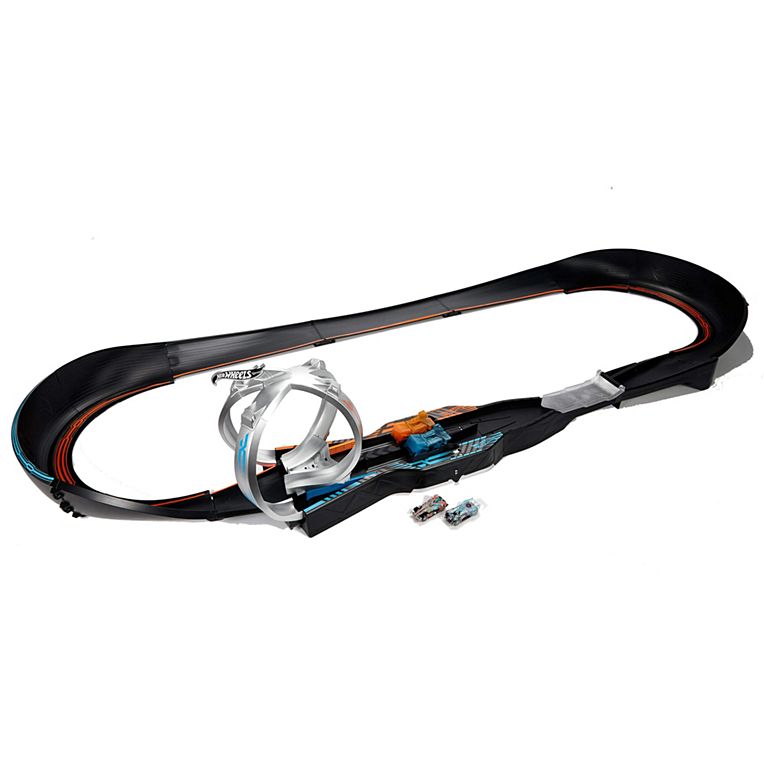 The track and cars look familiar, but they way they play with smart devices in an augmented reality setting make it more robust than the typical playset.

Augmented reality is still in the process of creeping into everyday play, and Hot Wheels is helping it along with this AR-enabled track. It’s a familiar Hot Wheels concept: Small model cars whip around a course full of obstacles and features like loops that are impossible for real cars. The new tech, however, involves an augmented reality app that lets racer integrate digital obstacles and even attacks like rockets into the races. It still has the chaotic, semi-random feel of a Hot Wheels track race, but there’s a strong added layer of control and interactivity on top thanks to the AR integration. 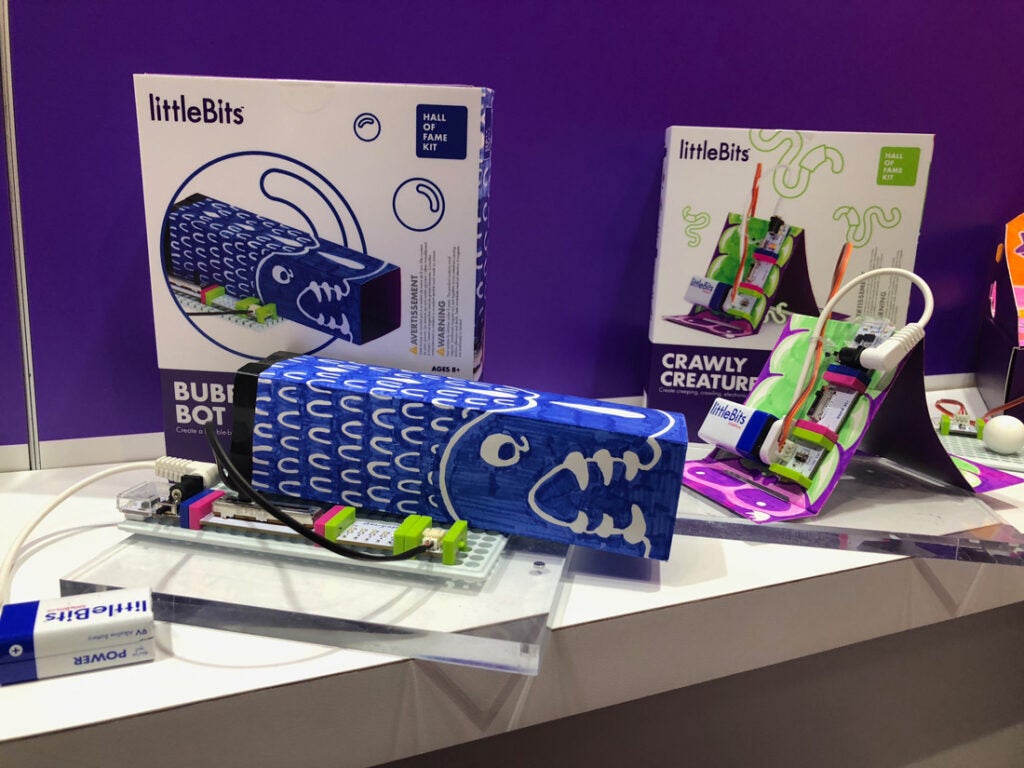 This is the cheapest way to check out Littlebits.

These $40 kits use the familiar electronic building blocks offered by Little Bits, as well as the Inventor app that lets you control everything from light sensors to tiny motors. These inventions, however, were inspired by people in the LittleBits community. It’s the cheapest entry point for the LittleBits infrastructure and each kit comes with two built-and-code projects. Sadly, this Iron Man helmet won’t save you if you’re falling off a cliff. It’s fun, though.

Also from the Hasbro camp, the new Iron-Man-themed game comes with a mask, which holds a smartphone, as well as a beacon that goes on the player’s hand. The game happens in augmented reality, which means digital bad guys show up as if they’re in the room with you. Then you blast them. 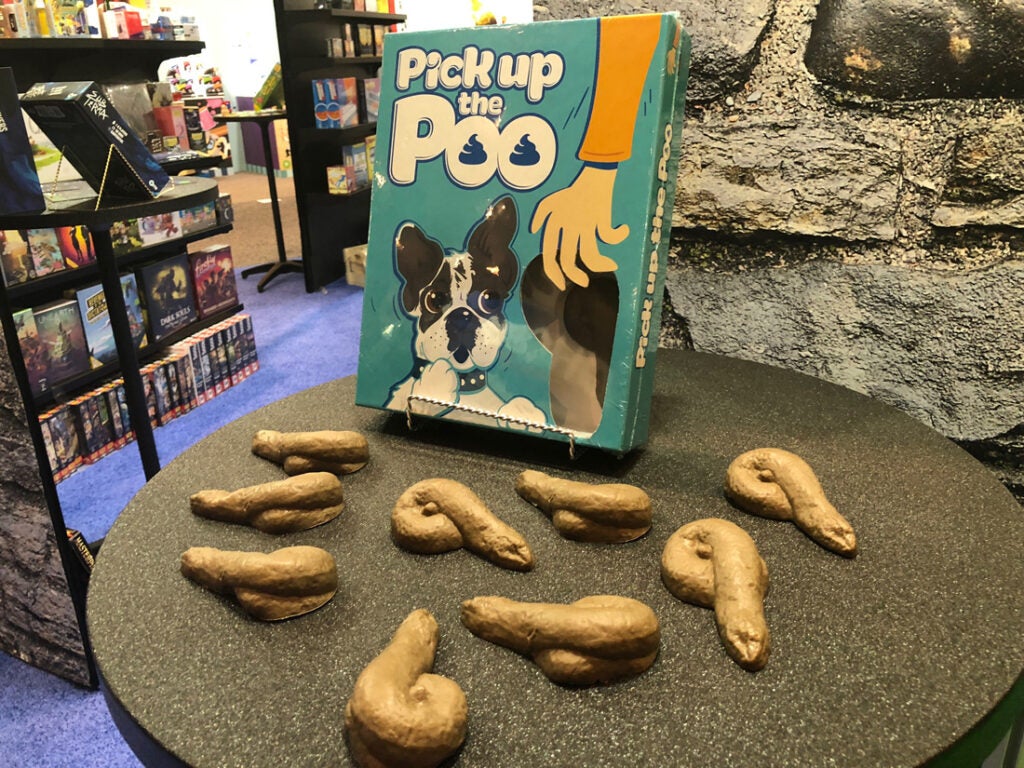 While I went to Toy Fair primarily looking for tech and science-related toys, I found a lot of poop-related playthings. This is a game where you have to beat your friends in a race to pick up the right shape of dog poo. There were other toys where you try to avoid stepping in dog poop or make things that look like poop. It’s weird.