Minifigs get to cover popular songs with on-screen special effects. 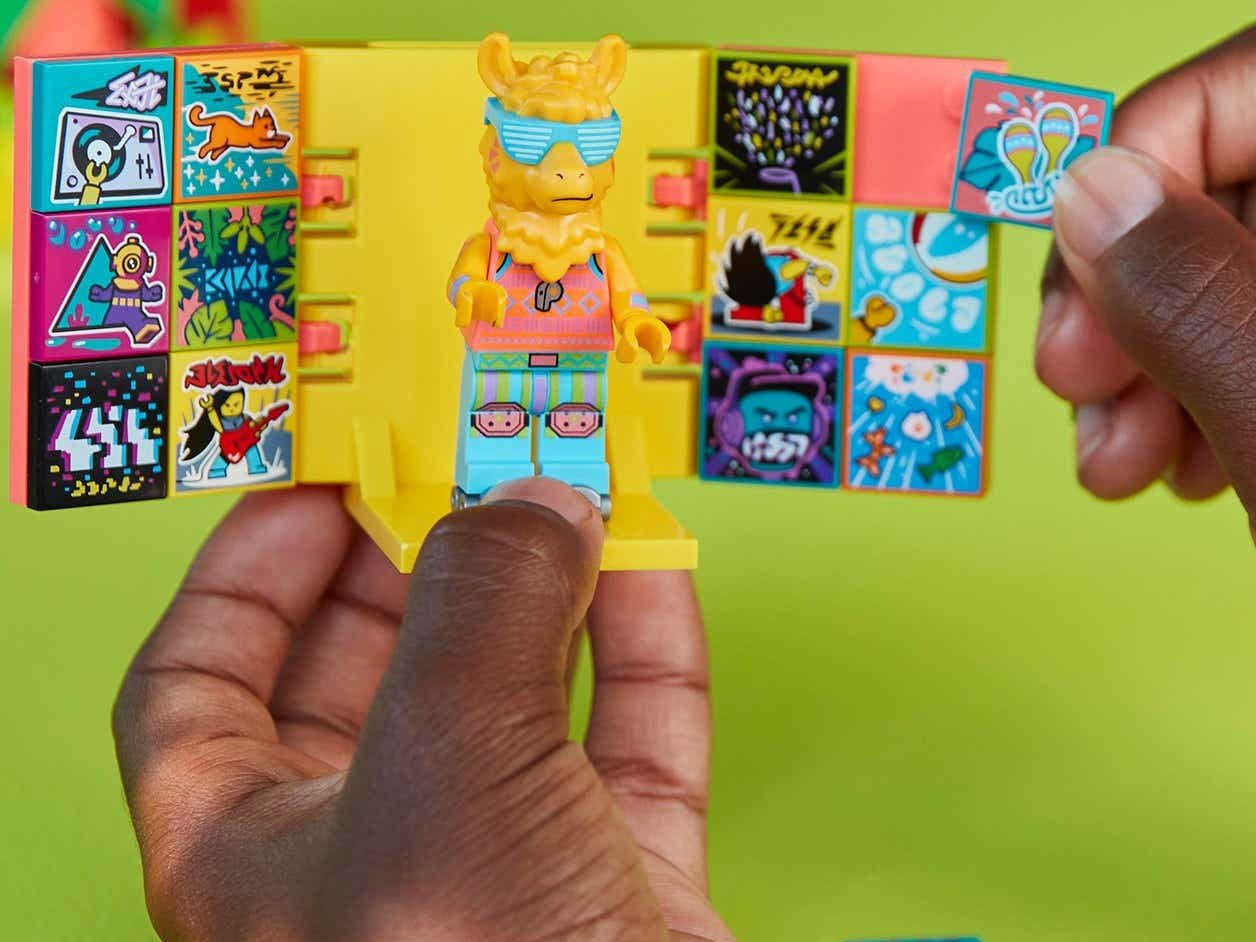 Lego has tried making augmented reality toys that rely on a smartphone app to add digital action to real-world brick creations on several occasions before—with varying success. The problem is, the AR aspects of play can feel tacked-on rather than an integral part of the overall Lego experience.

The company’s new Vidiyo product, however, focuses squarely on using AR to encourage kids to make interactive music videos starring tiny figures that Lego calls Minifigs. The $20 main kit comes with a stage and 16 unique tiles called BeatBits, which the app scans to create various effects like sounds, dance moves, or video editing tricks. By arranging the tiles in the real-world stage area, the child is essentially directing the action.

Because it uses augmented reality, the on-screen effects appear to happen in the real-world setting. So, if the child sets up the plastic concert on their floor, the effects will appear as though they’re happening in that setting, when they watch it through the smartphone’s camera

The music comes from 60-second samples of well known pop songs, which has been a familiar toy licensing model for decades. You may remember a toy called Hit Clips, which offered up tinny-sounding snippets of pop songs on tiny toy cartridges that only worked in specific players.

Lego’s Vidiyo system encourages kids to do more than simply consume the media, however. Players have a moderate amount of control over what happens in the video, however expanding the effects means buying more minifigs and tiles in “blind boxes” which work like trading card packs in that you don’t know exactly what you’ll get.

Lego allows creators to share their work publicly, but because the product is designed for kids between 7 and 10 years old, the social features are heavily restricted. They can’t include faces or easily identifiable personal information. In an effort to keep it kid-friendly, Lego also keeps tight control over some of the creative options. So, kids will have to choose a pre-approved band name rather than picking something with a swear word in it.

While Lego isn’t positioning this as a “coding” toy per se, it follows the familiar STEM toy model of arranging tiles—both physical and on-screen—to create ordered functions. For kids not into music, Lego offers other AR experiences, including its Hidden Side sets, which allow kids to build haunted houses and then hunt augmented reality ghosts using the dedicated Lego app.

Back in 2018, Lego introduced its Lego Playground system, which used Apple’s ARKit to add interactive battle elements to some of its martial-arts-themed Ninjago sets.

Lego clearly believes AR will play a part in its future and Vidiyo represents the lighter, more play-oriented side. Down the line, the company will hopefully expand its more robust augmented reality options to inspire more of the boundless imaginative play on which it prides itself.