How Nigeria’s Anti-Polio Strategy Helped It Wipe Out Ebola

The nation is on track to eliminate wild polio within its borders by the end of the year. 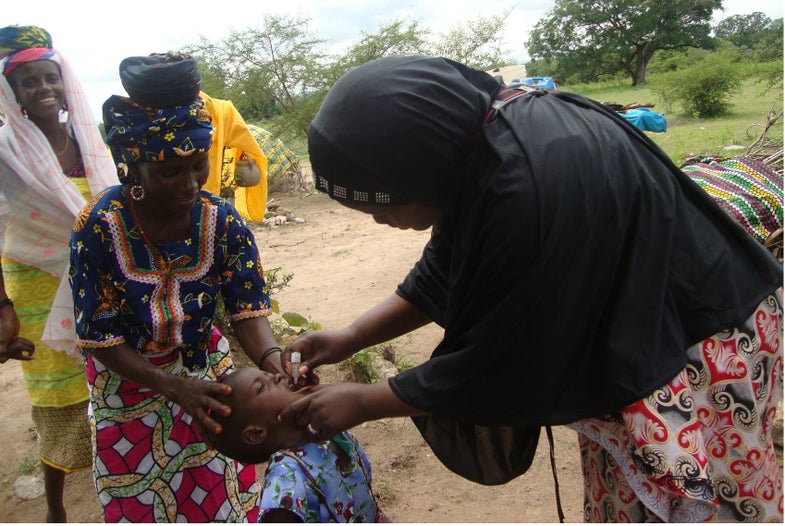 There are just three countries in the world where polio is still endemic: Afghanistan, Pakistan, and Nigeria. Now, experts think it’s feasible for Nigeria to wipe out wild poliovirus within its borders this year, even as the country stays on high alert against Ebola.

If Nigeria does eradicate wild polio, it would be a big help to the rest of the world. Since 2003, polio has migrated from Nigeria to 31 polio-free countries. (Those countries were able to control the outbreaks.) But Nigeria hasn’t seen a single case of wild polio transmission since July. The country has had 21 cases of polio arising from vaccination in 2014, which happens in areas where some people are vaccinated, but many people are not, and sanitary conditions are poor. (The version of the polio vaccine that high-income countries use, including the U.S., does not give rise to circulating vaccine-derived polio.) Experts say finishing polio off will require only that the country keep doing what it’s doing, using a polio-vaccinating infrastructure that has been crucial to eliminating Ebola in the country, as well.

“They are poised to interrupt transmission, but they really need to continue to have the high-quality polio vaccination rounds and continue to have the political focus,” John Vertefeuille, a researcher from the U.S. Centers for Disease Control and Prevention who works with the Nigerian government on polio control, tells Popular Science. “We’re very impressed with the country right now.”

Oyewale Tomori, a virologist and the president of the Nigerian Academy of Sciences, has a couple of worries. The violent Boko Haram insurgency has made it difficult for vaccinators to reach certain areas in the north. In addition, Nigeria is coming up on an election and immediately after previous election years, polio cases would go up as the government focused on campaigning rather than immunizing. “I think we’ve learned our lesson,” he says. “Hopefully, the election shouldn’t affect us.” 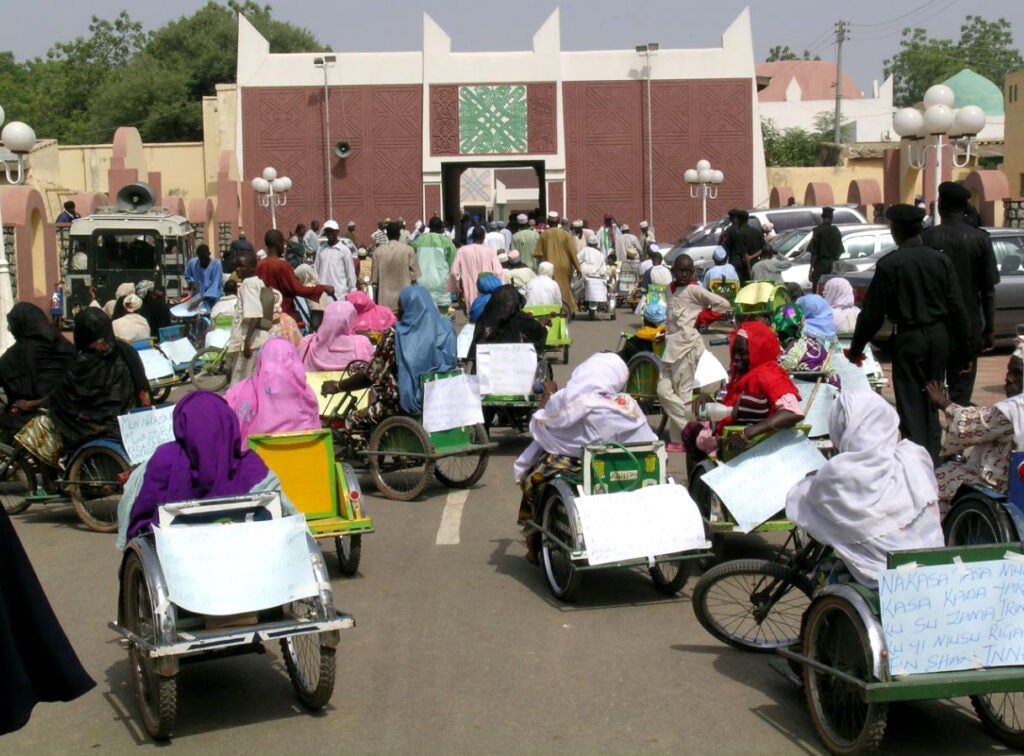 Key to Nigeria’s success so far is a relatively new vaccination system that allows teams of vaccinators on the ground to contact headquarters right away if they encounter resistance or difficulty. Sometimes parents can be skeptical of vaccination campaigns. If a team runs into trouble, it contacts the National Polio Eradication Operations Center (EOC), established two years ago with funding from the Bill and Melinda Gates Foundation. The center gets in touch with local religious leaders, who will talk to the parents. Cooperating with Muslim imams has been crucial to increasing vaccination rates, as a Nigerian federal team reported this August.

All this happens within a day, while vaccinators still in the area, so they can go back and give out the oral polio drops. Previously, teams would report vaccine resistance, but couldn’t get a response until after they had left the region. Overall, the strategy has vastly improved the proportions of children vaccinators reach.

When Ebola landed in Nigeria’s borders, health officials put the same ideas in play in their Ebola response. “The essence of the EOC was to provide right-time action for anything arriving,” Tomori says. That applied to Ebola, which requires officials to find and trace sick folks’ contacts as soon as possible. The government even brought dozens of staff members from the polio center to help set up the Ebola center.

“The essence of the Eradication Operations Center was to provide right-time action for anything arriving.”

“We believe that is one of the really effective things they did for the Ebola response,” Vertefeuille says. After a businessman sick with Ebola landed in the Lagos airport in July—and resisted treatment—the World Health Organization declared Nigeria free of Ebola in October.

Nigerian experts, including Tomori, will meet in December to talk about their game plan. If Nigeria stays wild-polio-free through the end of 2014, the next step will be to eliminate cases of circulating vaccine-derived polio, which may require a different vaccine.