The church ran an immunization drive afterward, but still put out some dubious claims. 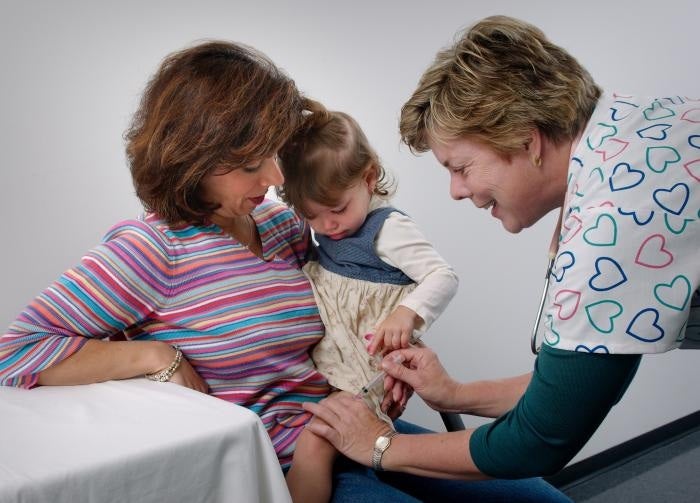 The latest outbreak of measles in the U.S.—a preventable disease that the Western Hemisphere eradicated decades ago, thanks to vaccines—has been traced to a megachurch in Texas. The church’s senior pastor, Terri Pearsons, had previously criticized vaccines, USA Today reports.

The outbreak sickened 25 kids and adults. At least 12 of them weren’t fully immunized. Others had no records of immunization. One ill child is 4 months old, too young to have received the measles vaccine. On average, among 1,000 kids who contract measles, one gets a serious brain infection called encephalitis and one or two kids die.

After the outbreak, the church offered its members free immunizations and urged the congregation to get vaccinated, which sounds great. But a statement from church leaders, issued last week, still includes some troubling, unscientific claims. For one, Pearsons suggested that excessive amounts of vitamin D may bolster the body against measles. There is no evidence to support that.

The Eagle Mountain International Church in Newark, Texas, released a statement for its members on August 15, the day after the Tarrant County Public Health Department informed the church that one of its missionaries, who traveled to a country where measles is still endemic, had brought the virus back to the church.

In the statement, Pearsons wrote things like, “I believe it is wrong to be against vaccinations” and “the disease is only shut down when all are immunized.” At the same time, she also supported some strange, untrue ideas.
In a statement about the church’s measles outbreak, Pearsons urged adults and kids to take three times as much vitamin D as their recommended daily allowance.

“The concerns we have had are primarily with very young children who have family history of autism and with bundling too many immunizations at one time,” she wrote. The statement suggests there’s some link between vaccines and autism, when there is none. It also suggests following the recommended vaccine schedule is somehow dangerous. The recommended schedule has never been linked to getting diseases later in life, nor is there any evidence that getting vaccines at a young age is harmful to babies.

First, vitamin D does not protect against measles. Second, that’s about three times as much vitamin D as kids and adults need. For kids younger than 7 months, 1,000 international units is actually the upper recommended daily limit for vitamin D intake. And babies don’t just get vitamin D from supplements. They also get some through breast milk, formula and exposure to the sun, so infants taking 1,000 units’ worth of vitamin D supplements a day could easily exceed their daily limits. (Other children’s upper daily limits are higher, depending on their age, culminating in 4,000 international units for kids and adults age nine and older.)

I didn’t find anything in the research literature about the infant- and kid-specific effects of ingesting too much vitamin D, but here’s how it impacts adults. Most studies found that adults ingesting at least 10,000 international units of vitamin D a day have an increased risk symptoms such as weight loss, excessive urine production, heart arrhythmias, and damage to the heart, blood vessels, and kidneys. Some studies suggest people can damage their health by regularly ingesting 5,000 international units of vitamin D a day. This is not like sports or your career. You’re not supposed to aim at your upper limit.