What To Expect In 2015: Ultrafast Data Transfer Speeds Up Science

All aboard the fiber-optic express When the Large Hadron Collider (LHC) comes back online this spring, it will produce more data than ever before—40 petabytes per year. That surge reflects a trend in science: Increasingly precise instruments produce greater amounts of data.

It’s a nice problem to have, but it’s still a problem, particularly for scientists based an ocean away from devices like the LHC. Large files that rocket across ultrahigh-speed fiber-optic networks, like the Department of Energy’s 100 gigabit­-per-second (Gbps) ESnet, bottleneck in slow underwater lines. But by the end of January, ESnet’s transatlantic extension will provide 340 Gbps transfer speeds between U.S. and European labs, changing the pace of global collaboration.

“For the hardest problems—not just in physics but in climate science and genomics—there are massive teams working around the world,” says ESnet director Greg Bell. “Our job is to make geography irrelevant.” 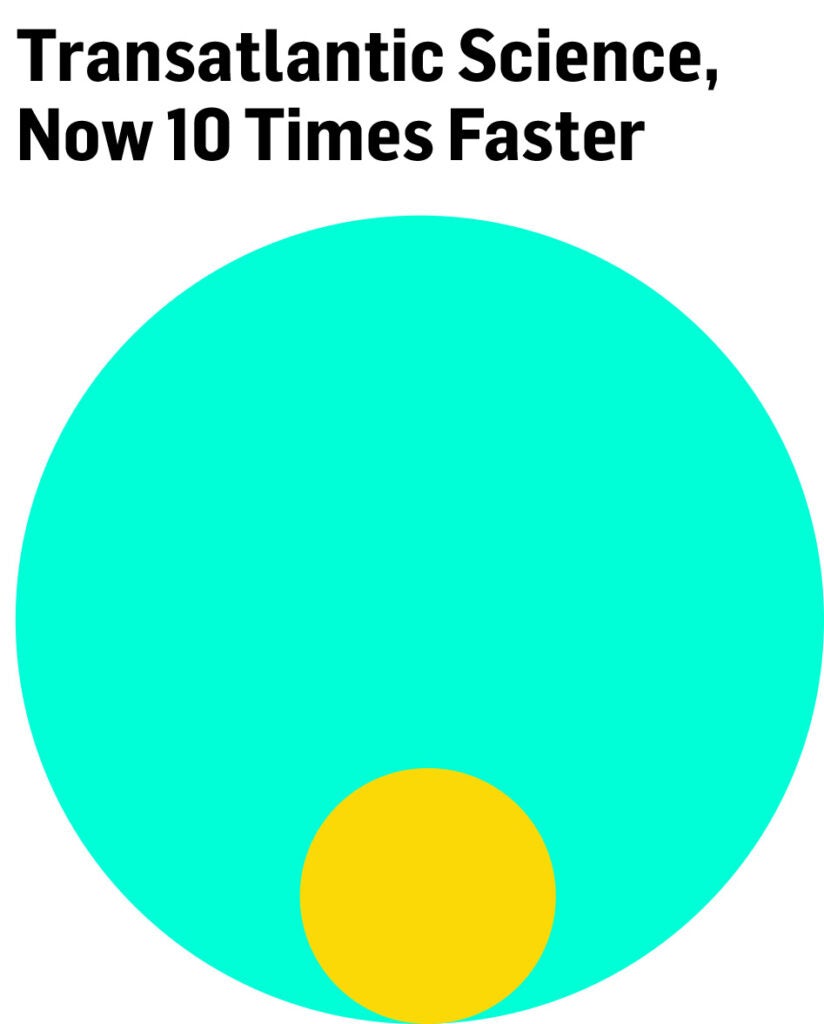 In two minutes, the Department of Energy’s new undersea cable network can carry 1.5 terabytes of scientific data (represented by the green circle) across the Atlantic. The old connection could handle just 150 gigabytes (the yellow circle). 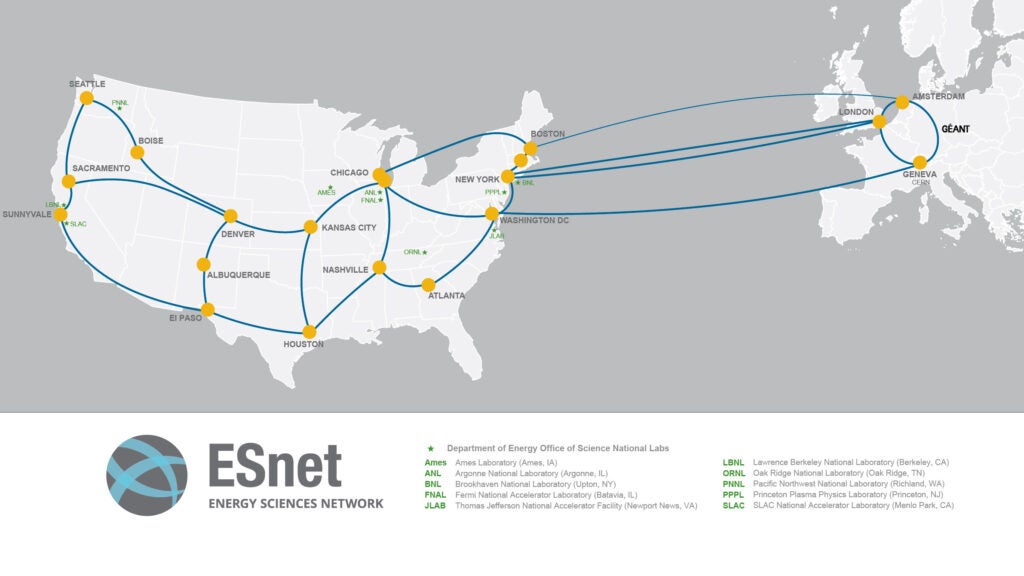