Microscope Uses Holograms Instead Of Lenses To Diagnose Disease

It could be cheaper and easier to use than traditional microscopes 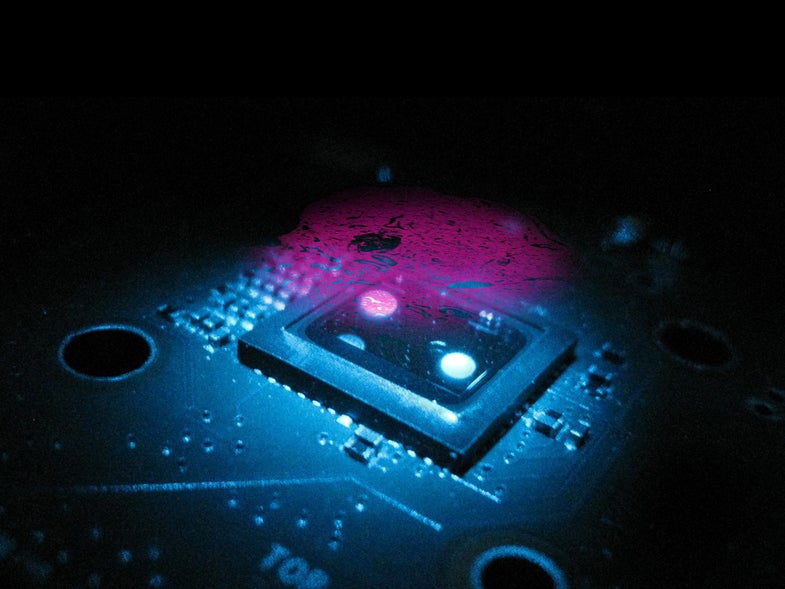 A new prototype microscope doesn’t use lenses to magnify objects. Instead, it makes holograms that a computer digitally records and magnifies. The result is a microscope that’s cheaper and easier to use than traditional, lens-based microscopes.

Research groups have made instruments like these before. They’re called digital holographic microscopes. In general, however, they haven’t been able to make images of high enough quality to use to diagnose diseases. Now a team of engineers from the University of California, Los Angeles, has demonstrated their prototype’s potential by asking a licensed pathologist to use it to examine 75 breast-tissue samples for abnormalities. The pathologist got 74 diagnoses correct. (She was 75 for 75 when using a traditional microscope.)

The holographic microscope works by beaming partially coherent light down through the sample the pathologist wants to examine. The light projects a holographic image of the sample onto an image-sensing chip, which is positioned below the sample. The chip collects data about the light and sends the data to a computer, where specially developed algorithms reconstruct a high-resolution image of the sample. 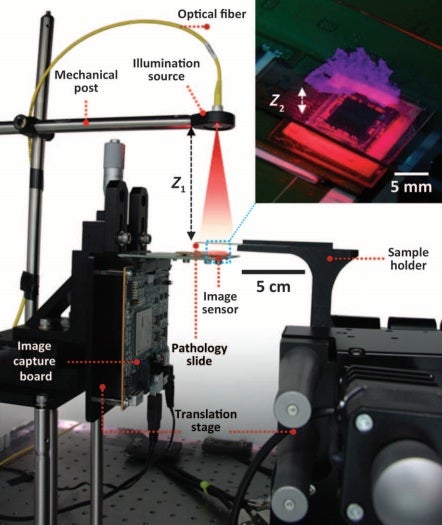 Because of the physics of lenses, traditional microscopes that use lenses have limited fields of view. Digital holographic microscopes have no lenses, so they can have wider fields of view. In addition, people usually have to fiddle with knobs to focus on different depths in a sample in a traditional microscope. In a digital holographic microscope, the computer does that work for you and can make other corrections to the image, too.

Researchers are especially interested in digital holographic microscopes because their parts can be fairly cheap. The UCLA model uses a light sensor similar to the chips that appear in many smartphone cameras. Research groups have made digital holographic microscopes for less than $1,000. UCLA engineers previously made a ‘scope for less than $100, but that instrument was designed only to identify microbes such as E. coli, not for diagnosing disease. They haven’t mentioned the price of this newer prototype.

The UCLA group published their work today in the journal Science Translational Medicine.