Why do nuclear power plants need electricity to stay safe?

All six reactors at the Zaporizhzhia Nuclear Power Plant are shut down. Here's how facilities like these work, and why a source of electricity is so crucial. 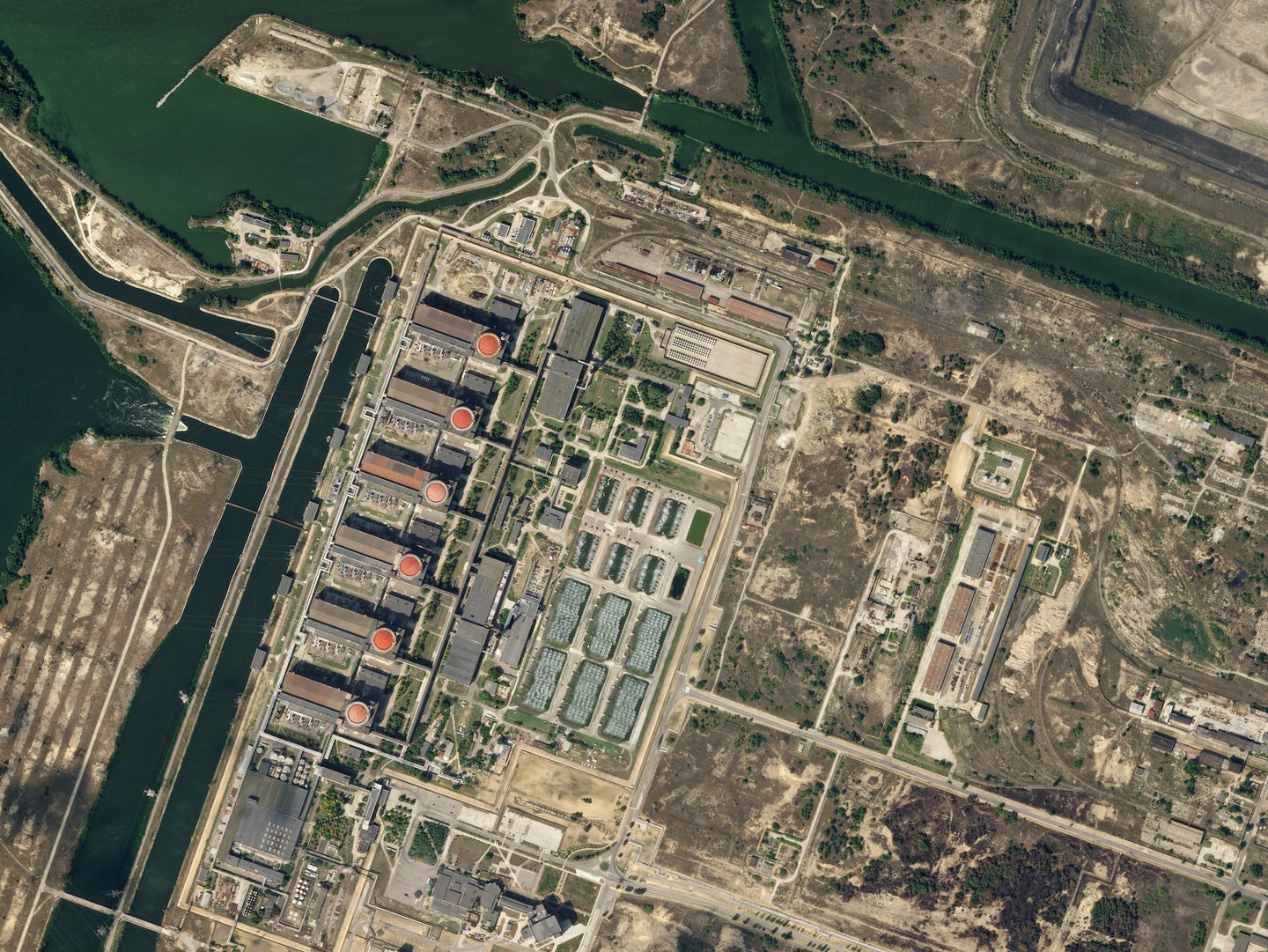 Much of the news surrounding the Zaporizhzhia Nuclear Power Plant in Ukraine lately has been related to the question of whether or not the facility has access to external power lines. An update from the International Atomic Energy Agency (IAEA) on September 13 shared cautiously good news: the largest nuclear power plant in Europe has three different lines connecting it to external power, after all of them had been disconnected.

The situation, the IAEA said, is that one of those lines is giving the plant the power it needs, while the other two are present as backups. Although that is a good development, as is the fact that all six of the plant’s nuclear reactors have been shut down, the IAEA still struck a note of caution. The organization’s director general, Rafael Mariano Grossi, “again stressed that the nuclear safety and security situation at the plant – held by Russian forces but operated by Ukrainian staff in the middle of a war zone – remained precarious.” Grossi said that shelling “was still occurring in the wider area.”

The question of whether or not the plant has the electricity it needs to keep its systems running is a key one, and presents an opportunity to dig into the basics of how nuclear power plants work—and how they stay safe, hopefully, even in extreme situations.

A modern nuclear power plant is a complex, expensive facility, but the fundamentals of how it works are theoretically simple. “Any nuclear power plant works by uranium decaying into other elements, and in the process releasing energy in the form of heat,” explains Norman Kleiman, an assistant professor at Columbia University’s Mailman School of Public Health who researches the effects of ionizing radiation on people and animals. “And that heat is used to boil water, to make steam, to drive a turbine, to make electricity.”

More specifically, the Zaporizhzhia Nuclear Power Plant in Ukraine, and the majority of the nuclear fleet in the United States, are pressurized water reactors. What that means is that water in a reactor becomes toasty because of the presence of the fuel rods, and that water heats up other water—but doesn’t mix with it—which, in the form of steam, turns turbines. (Another type is called a boiling water reactor.)

“There is a lot of heat being produced,” Kleiman adds. “And if that heat is not removed [it] can lead to the physical meltdown of the materials in the nuclear power plant—the fuel rods themselves, the metal casings that the fuel is in, and other components. So you need a way to cool the plant.”

And of course, that takes electricity, as do the plant’s other myriad systems. Today’s nuclear power plants “always need electricity to keep the coolant cycling through the plant,” says Jessica Lovering, the executive director of the Good Energy Collective, an organization that argues for nuclear power (which produces no carbon emissions) from a climate change perspective. “They need pumps or something to push water through the core to keep it cool, so it doesn’t get too hot and cause an accident. If they’re shut down, they need a lot less cooling.”

[Related: A new power-generating system works like a jet engine]

Zaporizhzhia has a half-dozen nuclear reactors. The IAEA noted that they are “in a cold shutdown state.” However, “they still require power to maintain necessary safety functions.”

That power can come from several sources. In the case of Zaporizhzhia currently, according to the IAEA, it is coming from the backup power lines, but it could also come from on-site diesel generators. The plant also used the last reactor that had been running, reactor six, to provide the power it needed. The New York Times reported last week that this practice is called “island mode,” but points out that it is not supposed to be done for long—not more than 60 minutes, citing an interview with Petro Kotin, who runs Energoatom, Ukraine’s national energy company.

[Related: Russia’s hostile takeover of an active nuclear power plant was a first in war]

Generally, the coolant issue is key, says Lovering. “Most of the nuclear accidents we’ve had around the world have been because they lost coolant, in some form or another.” Fukushima in Japan is a tragic example.

“They’re probably in a pretty good place now,” Lovering says, “but the downside is that they are not producing electricity for Ukraine and also for Europe.” Still, she also expresses concern about the diesel generators, in terms of how much fuel the facility has on site if their external power connection were to be severed again. She also is worried about the well-being of the workers on site.

“You don’t want to see shelling around a nuclear power plant, but it’s not as urgent of a concern now that they’ve been shut down,” she adds.

Cheryl Rofer, a nuclear scientist who spent more than three decades working at Los Alamos National Laboratory, and recently wrote about the Ukraine situation for Newsweek, says that she thinks the current state of the plant is “stable.”

“Having two IAEA inspectors there will help in getting a more accurate picture of what’s going on there,” she adds.

However, beyond the shut-down reactors, there is the spent fuel to think about. Spent fuel first spends time in cooling pools, and in some cases also goes into containment in something called dry cask storage. With the cooling pools, the water in those needs to circulate as well, says Rofer—another reason for a nuclear power plant to have reliable electricity even if its reactors are shut down.

“I think if they hit the fuel pools [with shelling], it would be a mess, and it would require some clean up, but I think it could be done,” she says. “It would be a bad thing—it would be a worse thing than is happening now.”

But a damaged fuel pool is different from a nuclear power plant undergoing a complete meltdown. “It wouldn’t really be a meltdown,” she says. “The release in that case would be mostly local.”

Meanwhile, the plan remains to keep the plant offline: NPR reported on September 15 that Ukraine plans not to fire it up again until Russian forces depart.