The military just made a once-in-a-generation decision. Here's what to know about the V-280 Valor. 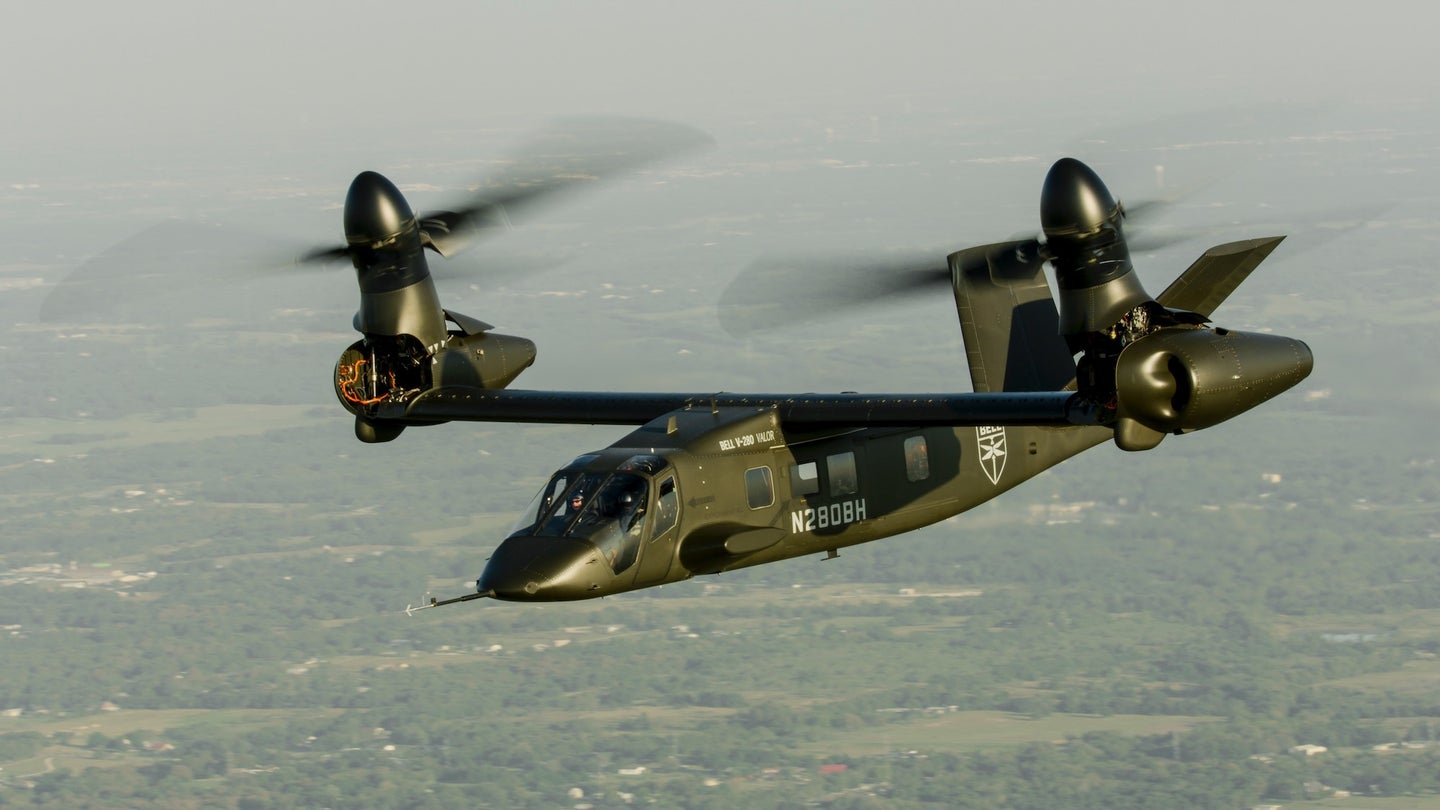 The V-280 Valor was chosen to be the Army's next Black-Hawk-type aircraft. Bell Textron
SHARE

The US Army just announced that it has made a historic decision about how its soldiers will be transported around battlefields in the future. After considering two different options—a helicopter from Sikorsky and Boeing and an aircraft from Bell Textron—it said that it is moving forward with the latter.

Bell’s creation is called the V-280 Valor. But although it can take off and land vertically like a helicopter, it’s technically not a helicopter. It’s a tiltrotor aircraft. With the V-280, Bell won the Army’s competition to create the Future Long-Range Assault Aircraft, or FLRAA. “The FLRAA is intended to eventually replace the UH-60 Black Hawk helicopter, which has been in service for more than four decades,” the Army said in a press release on Dec. 5.

“It’s the biggest Army helicopter decision in 40 years, since they selected the Black Hawk,” says J.J. Gertler, a senior associate in the aerospace security project at the Center for Strategic and International Studies. “This is the Army selecting what will be its main transport helicopter for an entire generation.”

With a tiltrotor aircraft, the rotors do what its name suggests—they can tilt. What that means in practice is that they can direct the thrust they produce towards the ground to allow it to take off and land vertically, and then adjust their positions to send that thrust backwards in forward flight, like the propellers on a traditional aircraft. The wing to which those tilting rotors are attached provides the aircraft with lift as it cruises forward. “There’s nothing out there that can compete with a tiltrotor when it comes to speed and range,” Bell’s program director for the FLRAA program, Ryan Ehinger, told PopSci last year.

Bell says that the V-280 has traveled faster than 345 mph. The numbers that Sikorsky has revealed for how fast its candidate can go are less than 300 mph.

The other tiltrotor aircraft in service today is the V-22 Osprey, which is made by Bell together with Boeing. But the V-280 Valor differs from the larger Osprey in some key ways, one of which is that when the rotors tilt on the Valor, the engines do not. Comparing the Valor to the Osprey, “the basic technology of tilting rotors is the same—all of the details are different,” Gertler says. “Bell learned extensively from the V-22 experience.”

Bell’s competition from Sikorsky and Boeing in the FLRAA contest was a craft called the Defiant X, which sports a compound coaxial design: Two top rotors, one stacked on top of the other, spin in opposite directions from each other. This design was chosen to avoid a problem that occurs with traditional helicopters when they try to travel very quickly: When a helicopter’s blade retreats through the air in the opposite direction of the one the aircraft is traveling in, it can lose lift.

“This was a fascinating competition because it wasn’t just between two helicopters—it was between two visions of what rotorcraft should be, or could be, in the future,” Gertler says.

The Defiant X helicopter shares a design approach with a smaller Sikorsky helicopter called Raider X that’s a candidate for a separate competition called FARA. That program also involves Bell, with its 360 Invictus, which is a more traditional helicopter that has partially detachable wings. Meanwhile, the US Air Force’s next-gen bomber, revealed last week, shares a similar name as one of these candidates: the B-21 Raider.

In a statement following the Army’s decision on the FLRAA program announcement, Sikorsky said that they “remain confident” in their candidate and that they “will evaluate our next steps after reviewing feedback from the Army.”

Now that the contract has been awarded, Gertler notes that it could be protested. If Sikorsky and Boeing ask for a review, for example, it might slow down the process.

It will be some time before the FLRAA is fielded and soldiers are flying around in a Bell-made tiltrotor—likely not until the next decade. Defense News noted that this new aircraft will start doing Black-Hawk-like tasks “around 2030.”