The popular car is getting an internal and external makeover. 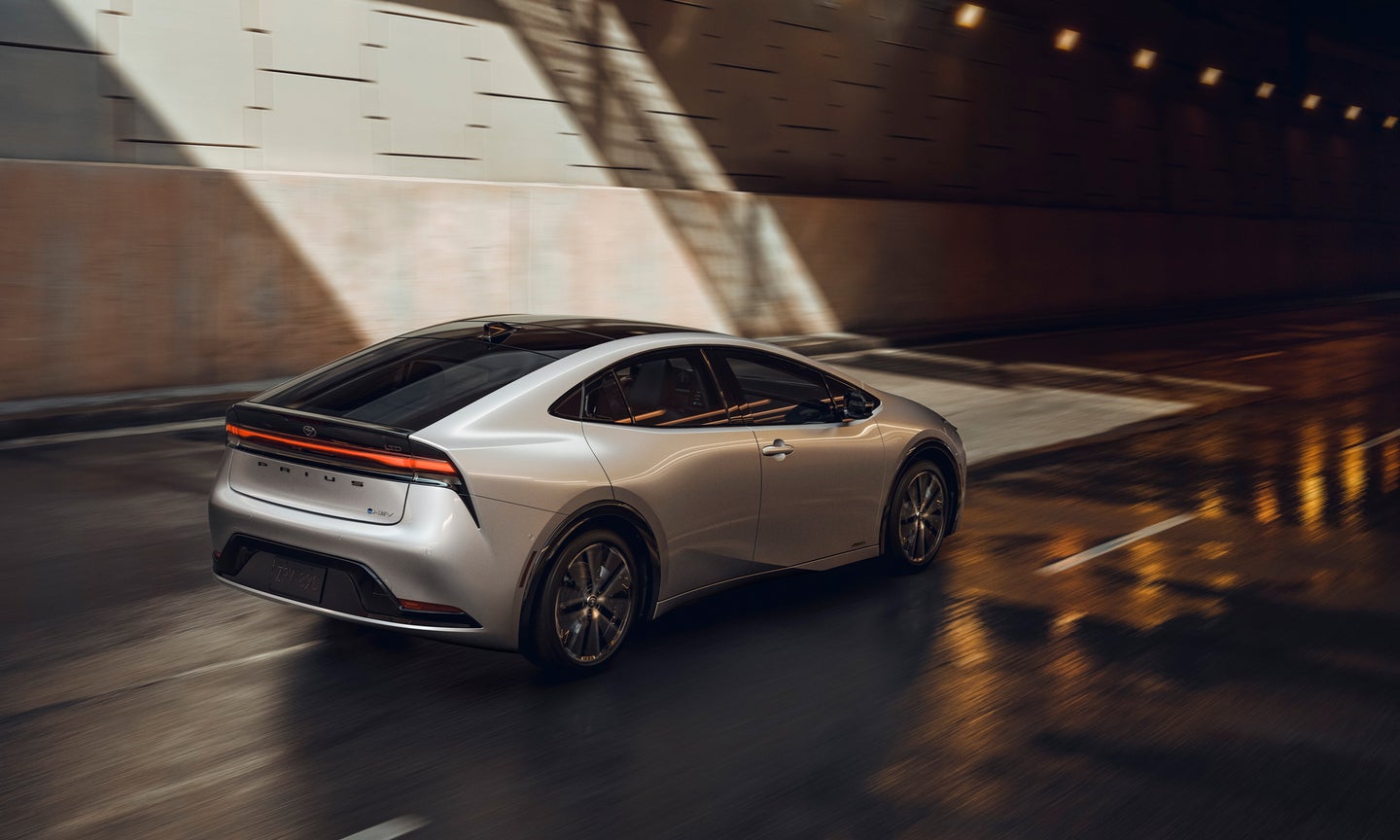 A curious phenomenon took hold in the criminal world over the past years, and it has left Toyota Prius hybrids all over the country with a missing underside piece. Thieves have been sliding under the cars with cordless reciprocating saws to slice off the catalytic converter, a key part of the vehicle’s emissions management system.

Prius models from 2004-2009 have become big targets. Green Car Reports says the theft rate for Prius models from those years were more than 40 times higher in 2020 than it was four years earlier, based on information from the Highway Loss Data Institute. But there is a reason that criminals are absconding with this particular component. The Insurance Institute for Highway Safety (IIHS) stated in a 2021 release that reduced mining production in recent years have caused prices for rare metals (like those used in catalytic converters) to skyrocket.

What is a catalytic converter and why steal it?

If your catalytic converter (or cat, for short) is missing, you’ll know pretty quickly. Once you start up the car, it will sound and smell different than usual, as the exhaust gasses will be pushed out straight into the air with no filter. Don’t mistake a cat for a muffler, though. Mufflers and cats are both exhaust system components, but mufflers reduce the pressure of exhaust gasses and catalytic converters convert fumes into less-harmful gasses.

Inside a catalytic converter, metals like platinum, rhodium, palladium, and a ceramic honeycomb structure work together to break down carbon monoxide and nitrogen oxide contained in emissions directly from the engine. Then it traps the harmful molecules and releases outputs like hydrogen, water, and carbon dioxide.

Theft rings know they can slice-and-grab a cat in a few minutes and sell the part for $1,000 or more. Just last month, federal, state, and local law enforcement partners busted a ring of thieves, dealers, and processors who profited by tens of millions of dollars on stolen catalytic converters.

Advantages of the new Prius

The new Prius will come with a bigger engine and better, faster-charging batteries. The engine in the 2023 Prius has been upgraded from a 1.8-liter to a 2.0-liter version, and it’s paired to a new lithium-ion battery pack that replaces last year’s nickel-metal hydride (NiMH) version. Lithium-ion batteries are known to charge faster, perform better across various temperature changes, and hold their charges longer than NiMH batteries. Toyota says that this 2023 Prius battery in particular is 14 percent more powerful compared to their previous NiMH battery. Plus, the car’s body style has been improved drastically, featuring a lower roofline, a wider stance, and larger wheels. The 2023 model got a full refresh inside and out. It offers a 60 percent increase in horsepower, 16 percent increase in torque, and a frame that is reinforced for rigidity, which improves the ride quality.

Automotive journalist Amelia Dalgaard reported that the Prius “is particularly attractive to thieves because the cleaner the exhaust, the cleaner the converter, and the more valuable the metals.” It may be tricky to completely cut down on all cat thefts, so automakers will have to continue finding new ways to utilize fewer rare metals. In the meantime, etch your VIN on your catalytic converter to give it a fighting chance for tracking, or consider putting a sensitive alarm on it.