A new patent explores a way for the car to detect your body temperature, and then adjust its climate accordingly. 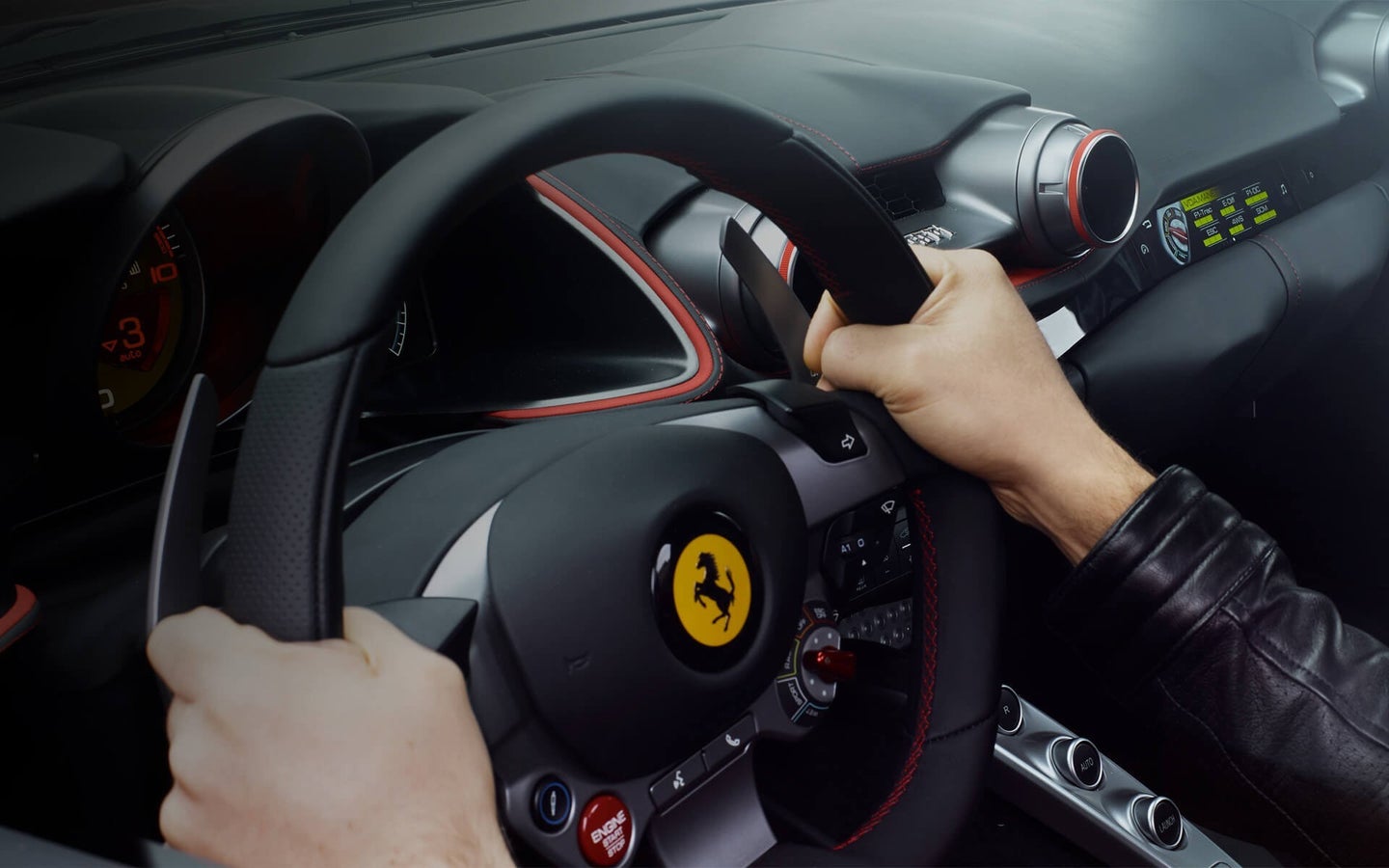 Ferrari supercars of the future might sense whether you are hot or cold, and then change the climate to keep you comfortable, according to a new patent. Ferrari
SHARE

Driving a cool supercar means more than just looking the part—you should feel cool too. Literally. A new patent filed by Ferrari shows that the Italian automaker is considering a novel way to keep its drivers even more comfortable in the cabin, thanks to an intelligent climate control system that needs no adjustment to keep every area of the car at an optimal temperature. In fact, the system advantageously aims to sense a driver’s body temperature and fine-tune different portions of the climate control to best suit hot or cold spots.

To accomplish this, Ferrari’s patent describes the future system (although there’s no promise it’ll ever exist) as using one or more thermal cameras to observe the occupants of the vehicle.

A car equipped with this tech could use a ceiling-mounted camera to monitor how many occupants are in the cabin at any given time, where they are positioned relative to the vehicle’s climate zones, and note their body temperature. Additional cameras can be placed around the cabin to measure the temperature of different areas of an occupant’s body. For example, this configuration could tell the system if the driver’s legs are colder than their arms, then automatically adjust the heat to focus on warming the lower portion of the climate zone until an ideal temperature is reached.

That’s just the start of the system’s capabilities, according to the patent.

Ferrari says that it could also adjust the climate based on the occupant’s body type, gender (through the use of voice recognition technology), or even how hard the car is being driven. The system could also come equipped with “irradiation” sensors, as Ferrari describes them in the patent, to help determine where the sun’s rays are most intense, and perhaps even optimize cooling at that area of the vehicle.

Making climate control intelligent through the use of sensors isn’t exactly a new idea, though Ferrari’s proposed execution of the idea might be the most advanced.

Thanks to all these sensors, modern cars often utilize multiple climate zones. This means maintaining air at different temperatures in different areas of the cabin based on a passenger’s set preference. Compare that to Cadillac’s original automatic climate control system from 1964 that used a series of thermistors (an electronic component that changes its resistance based on temperature), and it’s clear that today’s technologies are much more advanced.

[Related: The iconic Lamborghini Countach has been reborn as a modern supercar]

For example, ventilated seats have existed for over two decades, the first production car being the 1998 Saab 9-5. And heated seats have been around for more than twice that. Both have seemingly been just good enough to not require significant innovations. Sensirion, a Swiss company that builds environmental sensors, recently debuted a solution that monitors temperature and humidity at the seat level to adjust the temperature to a comfortable level without interaction from the occupant. While Sensirion’s tech seems to have been aimed at being a proof of concept more than an installation in a current production car, it certainly seems like something that might make it into a future luxury vehicle.

And there’s also Tesla’s contribution to the climate market, Dog Mode, which activates the heat or air conditioning in the cabin along with a note on the infotainment screen to let passers-by know that man’s furry friend is sheltered from the outside temperatures.

Ferrari hasn’t mentioned any vehicle models in the patent, though the illustrations do show a large four-seater. Speculation points to Ferrari’s upcoming “Ferrari Utility Vehicle,” the Purosangue, meant to take on the luxurious (and lucrative) Lamborghini Urus.

However, patent applications have been known to use placeholder images, so the tech could really be for any vehicle in Ferrari’s vast supercar portfolio, if, of course it proves viable for market. Toyota’s anti-theft tear gas dispenser didn’t make it that far, but perhaps this cool new tech concept will.