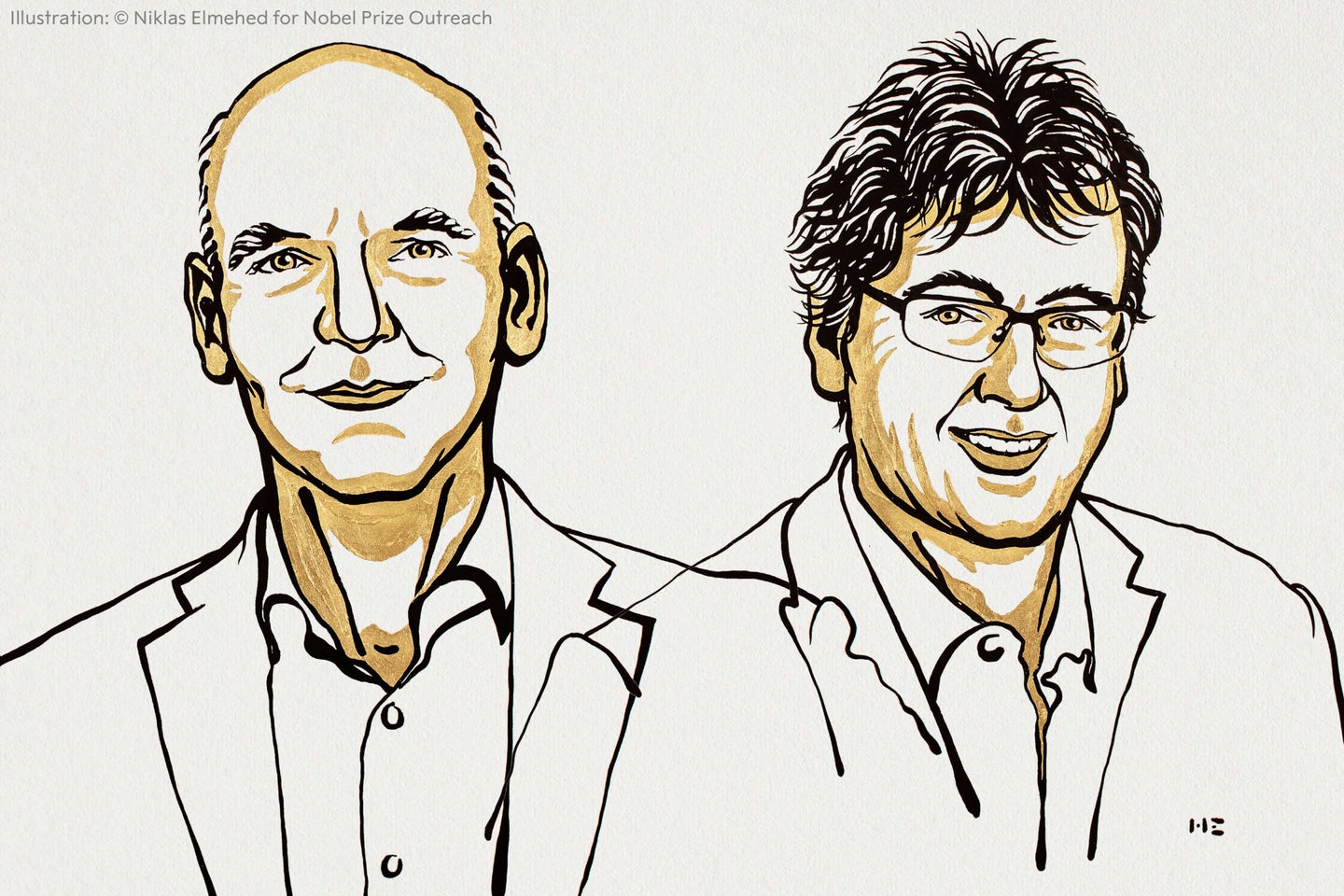 The 2021 Nobel Prize in Chemistry has been awarded jointly to Benjamin List and David MacMillan for their independent discoveries of asymmetric organocatalysis, a type of tool for constructing molecules. The tool is a catalyst, which increases the speed of chemical reactions. Since this discovery in 2000, researchers have been able to use this process to construct molecules efficiently for a multitude of things, from pharmaceuticals to light capturing molecules.

Everything in our world is made up of molecules, from the materials around us to humans ourselves, all by linking together atoms in very specific arrangements. The reactions that connect these atoms together to form molecules are often slow processes, and require help to speed them up. Before 2000, there were only two known catalysts for accelerating reactions: metals and enzymes. List and MacMillan independently discovered a third form: asymmetric organocatalysis. This type is not only fast, but cost effective, efficient, and environmentally friendly. List is currently a researcher at the Max-Planck Coal Institute in Germany and MacMillan is a professor of chemistry at Princeton University.

In enzyme-catalyzed reactions, massive molecules built up of individual amino acids drive reactions, often with the help of metals. Many enzymes, though, don’t need metals, and can force the reactions on their own. In his research, List asked the question that led to his discovery: Can a single amino acid catalyze a reaction?

[Related: Nobel Prize awarded to researchers who parsed how we feel temperature and touch]

He tested his idea with an amino acid called proline. It worked; the amino acid bonded two carbon atoms from different molecules, called an aldol reaction. He published his discovery in February of 2000.

MacMillan’s research focused on asymmetric catalysis. Molecules, much like human hands, sometimes exist as mirror images of each other. They are the same molecule, but flipped, and bodies can tell the difference. For example, the mirror image of the molecule for limonene, a liquid compound found in the oil of citrus peels, has a different scent than that of the original molecule, and it is easily detected as it smells more orange citrus than lemon. Having the correct mirror image of each molecule is extremely important not just for identifying the right kind of citrus fruit, but also for molecule construction of things like pharmaceuticals, as the body will only react correctly to the right molecular iteration.

MacMillan sought to construct organic molecules that could serve the same purpose as metals do—provide electrons in reactions to create the desired mirror image of a final molecule. He tested a few organic molecules with the correct properties, trying to see if they could carry out the proper reaction (a Diels–Alder reaction) to build rings of carbon.  The method constructed the preferred mirror image of the molecule 90 percent of the time. In publishing his results, Macmillan coined the term asymmetric organocatalysis, and it stuck.

In October of each year, the Nobel prizes are awarded to scientific researchers in the areas of medicine or physiology, physics, and chemistry. Last year’s prize in chemistry was awarded to Emmanuelle Charpentier and Jennifer A. Doudna for the discovery of CRISPR, a novel method for genome editing.