The company is partnering with United Airlines to roll out in-flight QR code payments, starting at Chicago O’Hare. 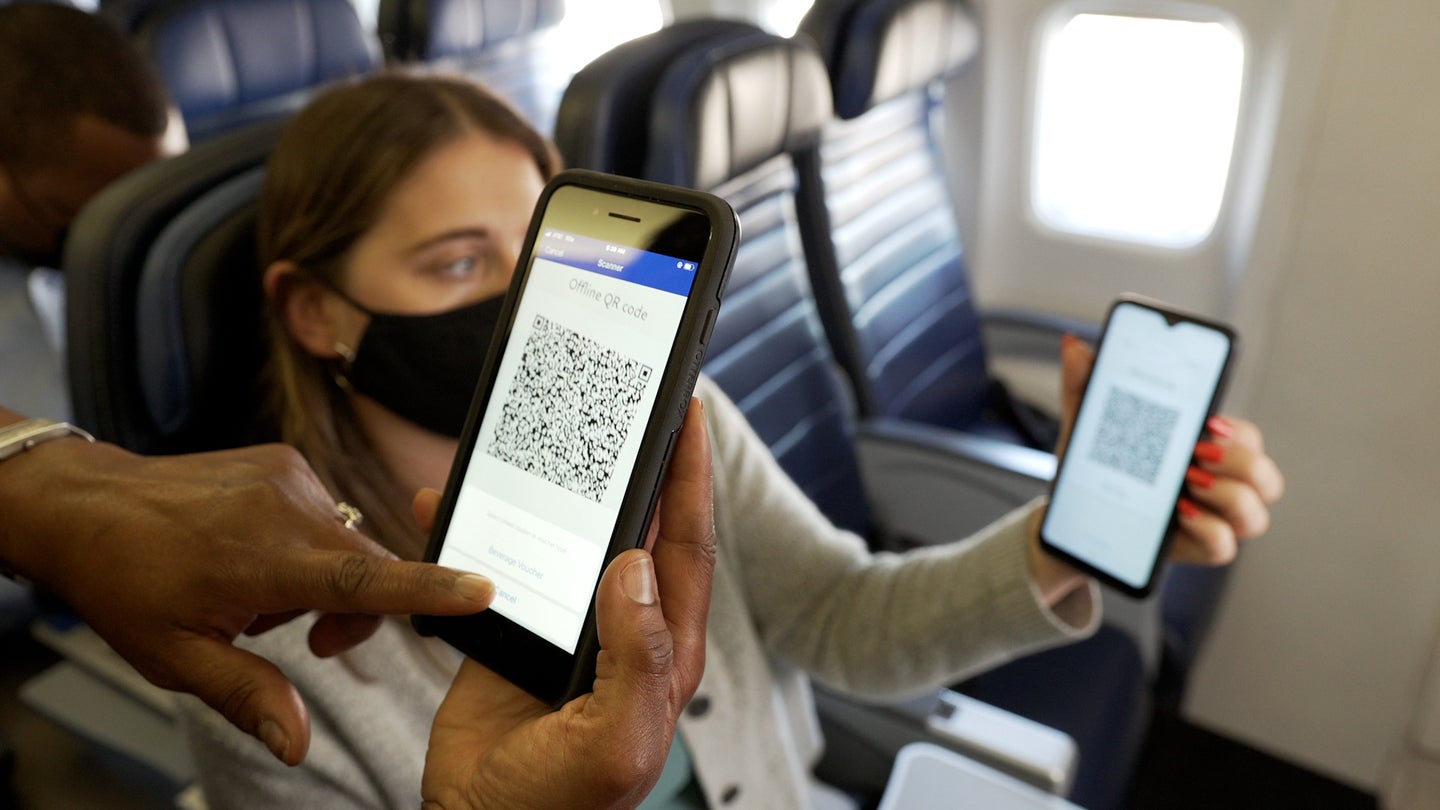 Pay with a QR codes on select United flights out of Chicago starting next month. PayPal
SHARE

Passengers on some United Airlines flights departing from Chicago could soon pay for Pringles, White Claw, or even a charcuterie board in a box by simply presenting a QR code.

That’s because PayPal announced on Wednesday that they are partnering with United to introduce PayPal QR Codes as a new form of in-flight payment starting in November. These QR codes will work with or without WiFi, and passengers will just need to show a flight attendant the PayPal QR Code in the PayPal app to buy snacks, drinks, and other items onboard.

This latest offering follows a batch of other developments from the company’s app. In late September, PayPal unveiled the first version of its upgraded digital wallet, and had teased plans to add more ways to pay with it, such as with QR codes, or in offline mode. This new partnership marks the first introduction of the offline QR code functionality in action.

To start, these QR codes will be available on select flights out of Chicago, but PayPal expects to expand this new service to all United flights that serve for-purchase snacks and beverages before the end of the year.

[Related: PayPal will now pay you interest, and offer other bank-like features]

Here’s how it’s going to work: Customers need to have the PayPal app already downloaded onto their smartphones and have their preferred payment method for the QR code payments pre-set before getting on the plane. After takeoff, they can click the “Pay with QR codes” button in the PayPal app and the flight attendant will scan their code. Once they land, and their cell phones reconnect back to their respective networks, the customers will receive an emailed confirmation receipt for all their in-flight purchases.

As a COVID-era precaution, United, starting in March this year, had said that they would only accept touchless payments for buying snacks and drinks on flights through United-based systems, like its own app. If customers intended to make any type of in-flight purchases, then they needed to save a form of payment into the digital wallet on United.com or in the United app ahead of leaving their gate (they can also use these to view the menu). Flight attendants would ask for the customer’s name and seat number to confirm payment.

Initially, the contactless payment option through the United sites was only available to select fliers, but earlier this summer, United extended this capability to all customers on its flights, including those in the economy cabin.

And with this new PayPal feature, fliers can bypass United’s apps, removing an extra step in setting up their payment and hopefully making the process smoother.

According to the Washington Post, airlines have been changing their in-flight services in response to the Federal Aviation Administration’s recommendation to “limit or discontinue food and beverage service on short-haul flights to encourage continuous mask use when possible.” United, along with Delta and others, have made a bundle of operational adjustments, and contactless payments are just one way they’re adapting to new health protocols.