This new material is as strong as steel—but lighter 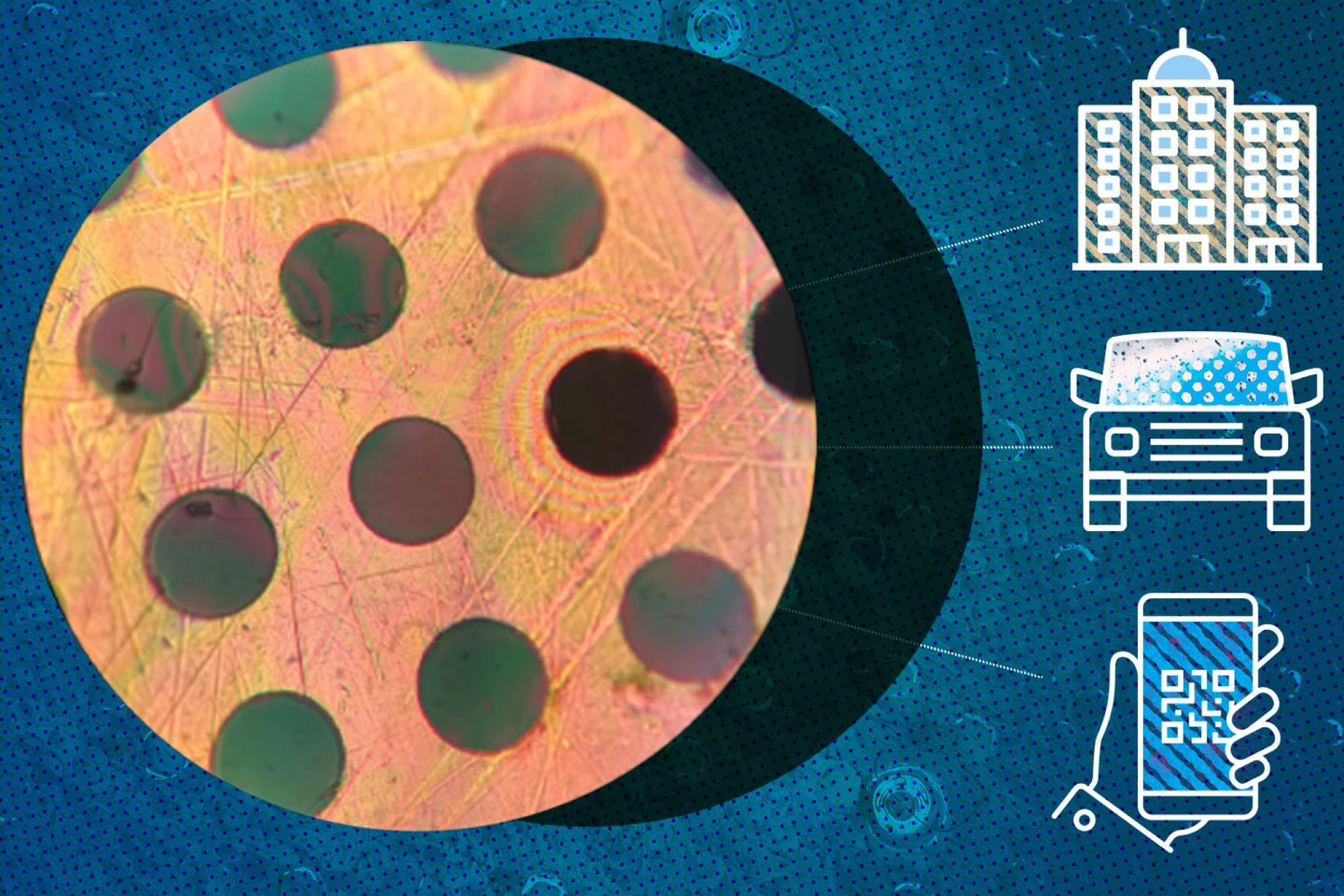 Scientists have created the plastic equivalent of steel—with all its strength but none of its heft. Plastics, which chemists sometimes call polymers, are a class of long-chained molecules made up of short repeating units called monomers. Unlike previous polymers with the same strength, this new material comes exclusively in membrane form. It’s also 50 times more airtight than the most impermeable plastics on the market. Another notable aspect of this polymer is that its synthesis is simple. Requiring only inexpensive materials for a process that can be carried out under room conditions, the polymer can be produced en masse into large sheets that are only nanometers thick. The researchers reported their results in the journal Nature on Feb 2.

The material in question is called a polyamide, a threaded-up network of amide molecular units (amides are chemical groups of nitrogen attached to an oxygen-bound carbon atom). This class of polymers includes the fiber Kevlar, which is used to make bulletproof vests, and the fire-resistant fabric Nomex. Like Kevlar, the polyamide molecules in this new material tether to each other via hydrogen bonding all along the lengths of their chains, thereby reinforcing the material’s overall strength.

“They stick like Velcro to each other,” says lead author Michael Strano, a chemical engineer at the Massachusetts Institute of Technology. Ripping the material not only requires snapping the individual molecular strands, but also overcoming the vast intermolecular hydrogen bonds that pervade across the entire polymer bundle.

Moreover, the new polymer can automatically form itself into sheets. This makes the material easy to process, as it can be fashioned into membranes or applied as thin-film surface coatings. Traditional polymers tend to grow in linear chains, or branch out and link repeatedly in three dimensions indiscriminate of any direction. But Strano’s polymer grows uniquely in 2D to form nanosheets.

“Can you polymerize in a sheet? It turns out that under most circumstances, until our work, you could not,” says Strano. “So, we found a new mechanism.” In this recent work, his team overcame the hurdles to make this two-dimensional polymerization possible.

The reason for the polyaramid’s planar structure is that the polymer synthesis involves a mechanism called autocatalytic templating: As the polymers lengthen and tack on monomer building blocks, the growing polymer network coaxes the subsequent monomer to bind only in the proper orientation to enforce the overall two-dimensional structure. The researchers demonstrated that they can easily coat this polymer in solution onto wafers to create inch-wide laminates less than four nanometers thick. That’s nearly a millionth of the thickness of regular office paper.

To quantify the mechanical properties of the polymer material, the researchers measured the necessary force to poke holes in suspended sheets of the material with a fine needle. The polyamide was indeed stiffer than conventional polymers such as nylon, the fabric used to make parachutes. Notably, wrenching this ultra-strong polyamide apart required two times more force than breaking steel of the same thickness. According to Strano, this substance could be used as protective coatings for metal surfaces, such as the finish on cars, or as filters for purifying water. In the latter function, the ideal filter membrane needs to be thin but hardy enough to withstand high pressures without leaking out small, pesky contaminants into our eventual supplies—a good fit for this polyamide material.

In the future, Strano wants to extend the polymerization method to different polymers other than this Kevlar analog. “Polymers are all around us,” he says. “They do everything.” Imagine transforming the many different kinds of polymers, even the exotic ones that can conduct electricity or emit light, into thin membranes that can coat a wide variety of surfaces, he adds. “Maybe other kinds of polymers are now accessible, because of this new mechanism,” says Stano.

In a world besieged by plastics, society has reason to be excited for yet another new polymer whose mechanical properties are anything but ordinary, says Strano. The fact that this polyaramid is so durable means that we can potentially replace everyday plastics, from coatings to bags to food packaging, with smaller amounts of a material that’s also sturdier. From a sustainability standpoint, Strano adds, this ultrastrong two-dimensional polymer is a step in the right direction to wean the world off plastics.