Autonomous cars might always need people, according to Cruise’s CEO. 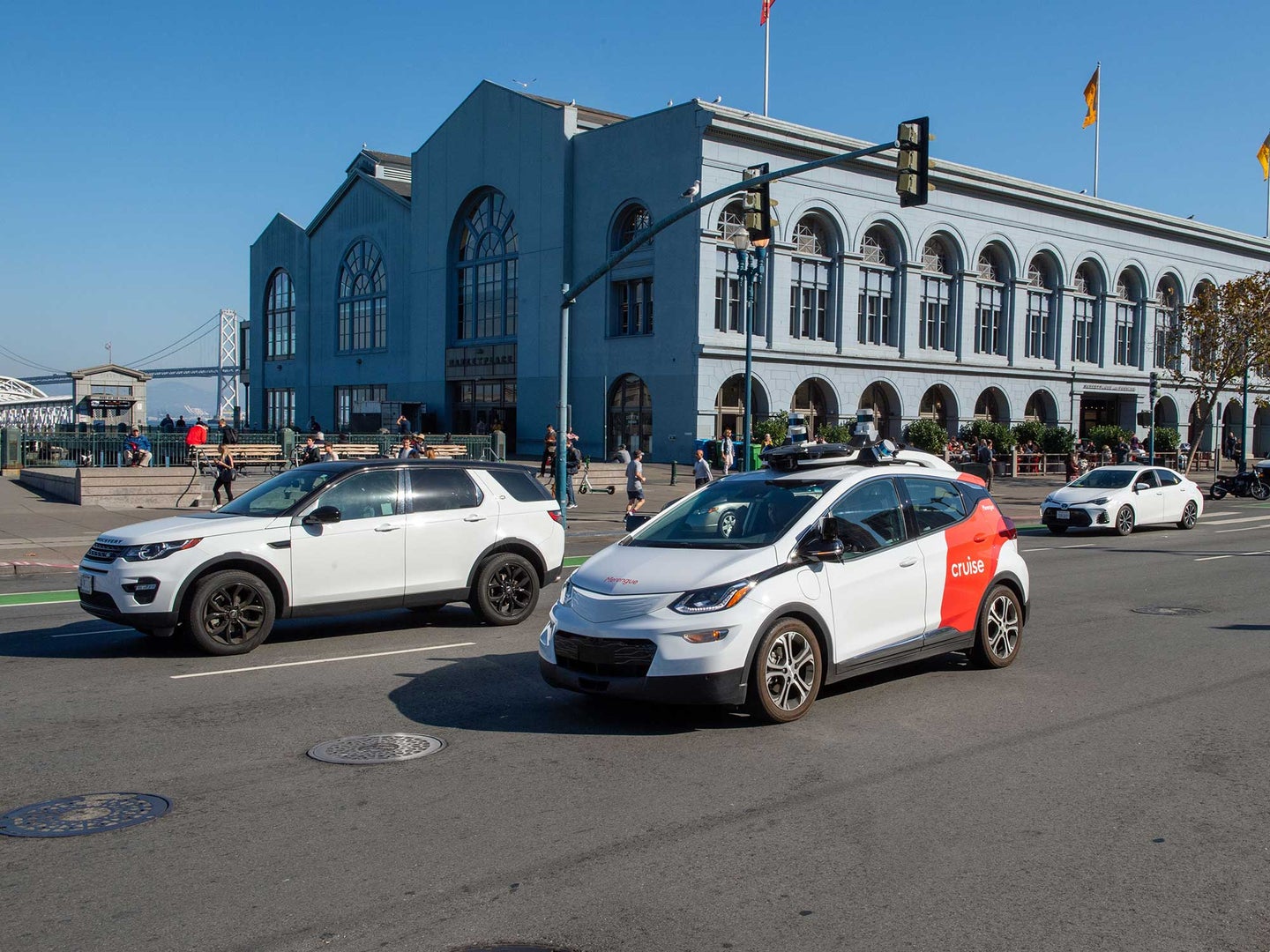 It is likely people will be needed to help operate self-driving cars for a long time. Getty Images
SHARE

This article was originally published on The Drive.

Cruise, General Motor’s self-driving research wing and autonomous taxi provider in San Francisco, was the first company to be allowed to offer fully autonomous taxi services in America. Cruise’s CEO Kyle Vogt was asked if he could see a point where remote human oversight could be removed from the company’s autonomous vehicle fleet. His surprising response: “Why?” Edge cases in autonomous driving often require human intervention to get around, and currently, Cruise uses a staff of remote human operators to help with those situations. Cruise previously has never mentioned that this will likely be a long-term solution, however, according to Reuters, Vogt’s statements make it clear that people will still be in the loop for a long time to come.

Most autonomous vehicles on public roads currently use backup humans in remote control centers to assist them in “edge cases.” These edge cases are where the computer systems piloting the car get confused, which could be unusual situations such as a couch in the middle of the road or a child running after a ball into the street. The report suggests edge-case scenarios could be much more mundane. One anonymous Waymo operator told Reuters that he’d intervened around 30 times a day when Waymo autonomous cars wouldn’t stop fast enough for red lights or other traffic.

[ Related: “What will it take for humans to trust self-driving cars?“ ]

The ideal scenario as most autonomous vehicle companies have described, however, is to slowly remove humans from the loop as software improves and allows for truly 100% autonomous driving, but this has proven more difficult than expected. Vogt explained that these human drivers will always be useful for riders, saying “I can provide my customers peace of mind knowing there is always a human there to help if needed.”

And it’s clear that sometimes the company’s cars still need help, especially in the wake of massive programming-bug-induced traffic jams seen throughout San Francisco earlier this year. Indeed, California law for autonomous vehicles still requires a two-way link from a car to a human operator and vice-versa. Unfortunately, it’s unclear how much these human operators will continue to affect Cruise, which reported losing $5 million a day in the second quarter of 2022, a loss the company partially attributed to high labor costs.