The tanks, rockets, and other weapons that Russia has in its arsenal

It remains unclear what will happen with Russia's built-up forces near Ukraine. These are some of the modern machines in its military. 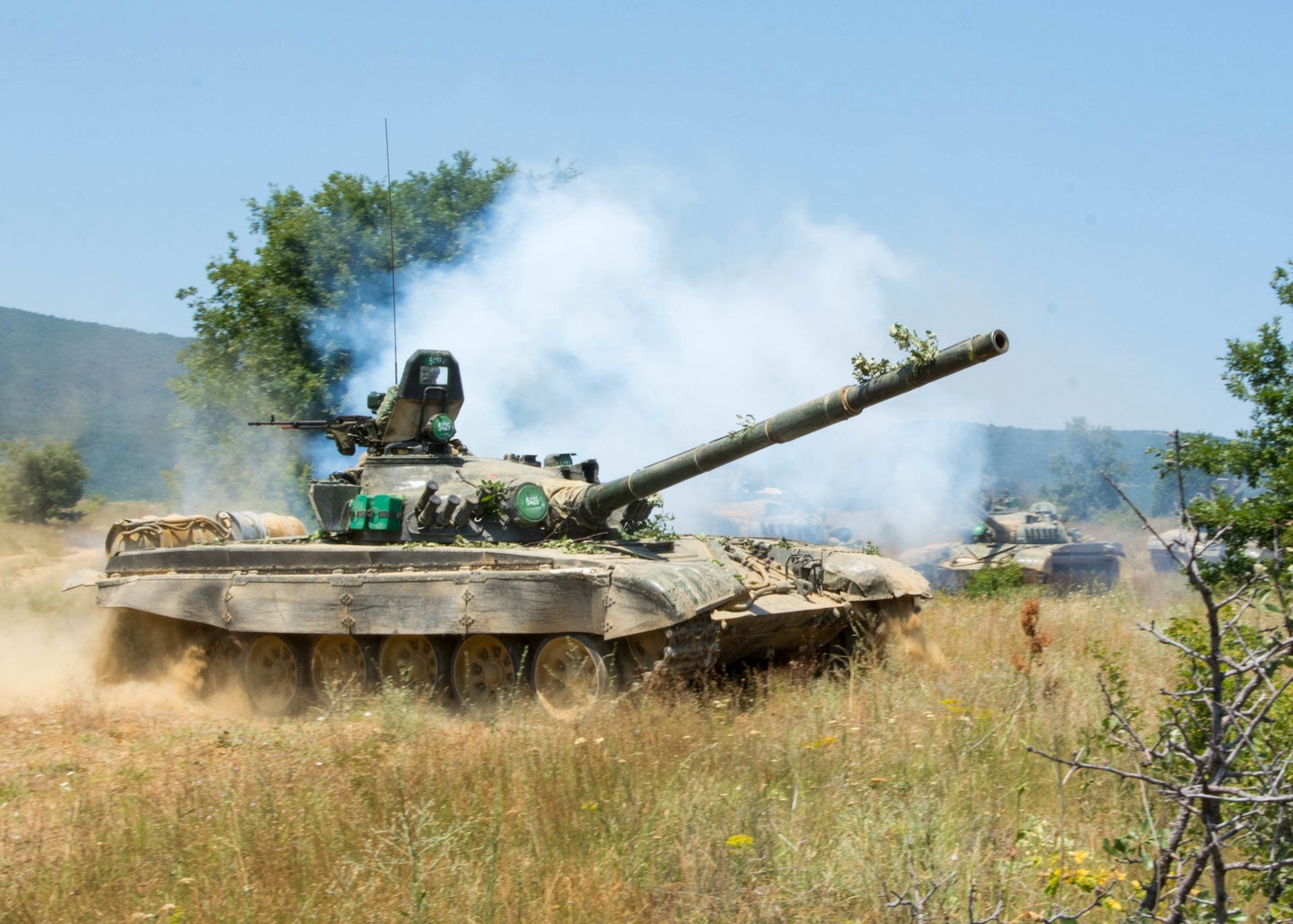 As Russia shuffles its accumulated forces around the borders of Ukraine, observers are watching to see if an invasion will actually come. It remains uncertain if Russia will demobilize its forces on its own, if a diplomatic settlement can be reached that would persuade the country not to invade, or if an invasion will proceed regardless. What is clear is that Russia has moved forces into a position to allow it to launch a war of choice, should its political leadership so desire.

A land war in Europe would be a tragedy for the countries fighting the war, and a crisis for the international community, which has taken steps to see if a path towards deescalation remains. On February 15, President Joe Biden gave a speech about how the United States might respond to a Russian invasion of Ukraine. He promised continued efforts at diplomacy, but also listed a range of policy responses the United States would likely pursue if Russia moved its amassed forces into Ukraine. “Right now,” Biden said on Tuesday, “Russia has more than 150,000 troops encircling Ukraine in Belarus and along Ukraine’s border.”

The conflict stems most immediately from unresolved tension between Russia and Ukraine after 2014 protests in Ukraine’s capital of Kyiv drove out a government closely aligned with Russia. That same year, Russia seized the peninsula of Crimea and its naval bases, and Russian-backed separatists in eastern Ukraine declared the provinces they hold to be two separate breakaway republics. Since 2014, Ukraine has fought a war to reincorporate the separatist areas.

While the situation in Kyiv is reportedly calm, the buildup of forces has been long visible. The Washington Post reported in October that satellite imagery revealed a massing of forces, and those numbers have swelled in the intervening months to encompass forces normally stationed in all corners of Russia’s vast territory.

To better understand what a war between Russia and Ukraine might look like, it helps to understand the modern machines of Russia’s military. Here are three weapon systems, and how they could be used.

Among the first signs of a buildup of Russian forces along the border with Ukraine was the presence of the 1st Guards Tank Army, a military formation that includes hundreds of tanks. The 1st Guards include T-72 and T-80 models, tanks that were first built and fielded by the Soviet Union and have undergone modernization since. The third main tank design in Russia’s inventory is the T-90, which is of more recent origin than the T-72 and the T-80, though its roots are slightly more complex than that. The T-90 is derived from the T-72, and modern variants of older tank models are also in production. Like any machine in service for decades, the tanks have been subject to post-manufacture improvements, so some models of the T-72 could feature more modern advanced systems than older models of T-90s.

All three tank models share some important characters. They can travel at speeds between 37 mph (the T-72) and 45 mph (T-80) on roads, and cover unpaved terrain at about 27 mph. Each model uses the same gun, a 125mm smoothbore cannon, allowing shared ammunition between types. These tanks can also fire anti-tank guided missiles for better punch at a greater range than regular ammunition provides. Some of the tanks include advanced targeting sensors that allow for the identification of enemies 1.5 miles away, and in low light.

Some advanced targeting tools are also being developed for the T-14 Armata, a modern optionally-crewed tank that has not yet been produced in numbers sufficient for it to likely participate in an immediate war.

In any attack, the purpose of tank formations is to advance into hostile territory, over trenches and rough ground if need be, while destroying any defenders in the way. And since their inception, tanks have combined speed, firepower, and armor to get this done. While originally tank armor was merely just the metal used in the hulls, decades of experience and iteration on tank design have led to active protection measures. These are hull- and turret-mounted packs of explosives that are set off when hit by heavy enemy attacks, exploding outward and letting the counter-blast deaden the impact of the attacker’s weapon.

The T-90 features a special kind of protection called RELIKT, which detonates sheets of explosive material on impact that could neutralize an incoming projectile. RELIKT armor plates can be replaced in the field, meaning tanks protected with this armor can be put back into use after battle, instead of needing to return to a faraway base for repair.

Tanks alone do not win wars. Any modern military that plans to utilize them includes other assets, so that the tanks are supported by aircraft, artillery, infantry, and other vehicles. The Russian military is artillery-rich, with modern ammunition and sensors paired to machines dating back to the Soviet era.

One of those weapons is the BM-30 Smerch, which was spotted near the border of Ukraine as part of the initial October buildup of Russian forces. The Smerch is a multiple-launch rocket system, or in simpler terms, it’s a truck that carries 12 rocket tubes on its back. For firing, the Smerch pivots the launcher upwards, and it can fire all rockets in either one great big salvo over 38 seconds or it can place shots individually, allowing it to hit a spread of targets.

[Related: Russia’s Marker robot is a testbed for its next-gen military tech]

The Smerch was designed with rockets that had a range of 43 miles, but recent upgrades have increased that range to 56 miles. Inside each rocket is either one large warhead, five anti-tank warheads with a guidance sensor, or 72 submunitions. These submunitions are themselves fragmentation explosives, turning one rocket into 72 smaller bombs that explode into nearly 400 pieces, a fractal of destruction. The governments of Syria and Azerbaijan have both used Smerch artillery in their wars. Like any weapon that scatters explosives, the possibility remains that after battle some unexploded ammunition will persist, posing a threat to civilians for years to come.

With certain ammunition, all 12 rockets fired from a Smerch can throw explosives over an area of about 60 hectares, or roughly 150 football fields. Finding the right areas to target, and then inspecting the aftermath, is a task relegated to drone operators, who can direct existing Russian scout drones like the Orlan-10 to survey the damage and find new targets.

The Krasukha 2 and Krasukha 4 Electronic Warfare systems are indeed jammers on trucks. These jammers obstruct radar signals by sending powerful waves that block the signals that a system, like radar, relies upon to perceive the world. Jammers can also block regular communications over radio waves, and the Krasukha systems have even been reported to block drones from receiving GPS signals.

Modern tools, like sensors that can detect incoming signals and then calibrate the right kind of jamming signal to send in response, have made electronic warfare tools more effective. With Krasuhka jammers in place, Russian forces can potentially prevent enemy radar from accurately perceiving the world, protecting friends from detection and making some targeting systems less effective.