Qantas’ new planes will have ‘wellbeing zones’ for 19-hour flights

The airline has ordered a dozen A350s for future routes that could connect North America or Europe directly to Australia. Just think of all the movies you could watch. 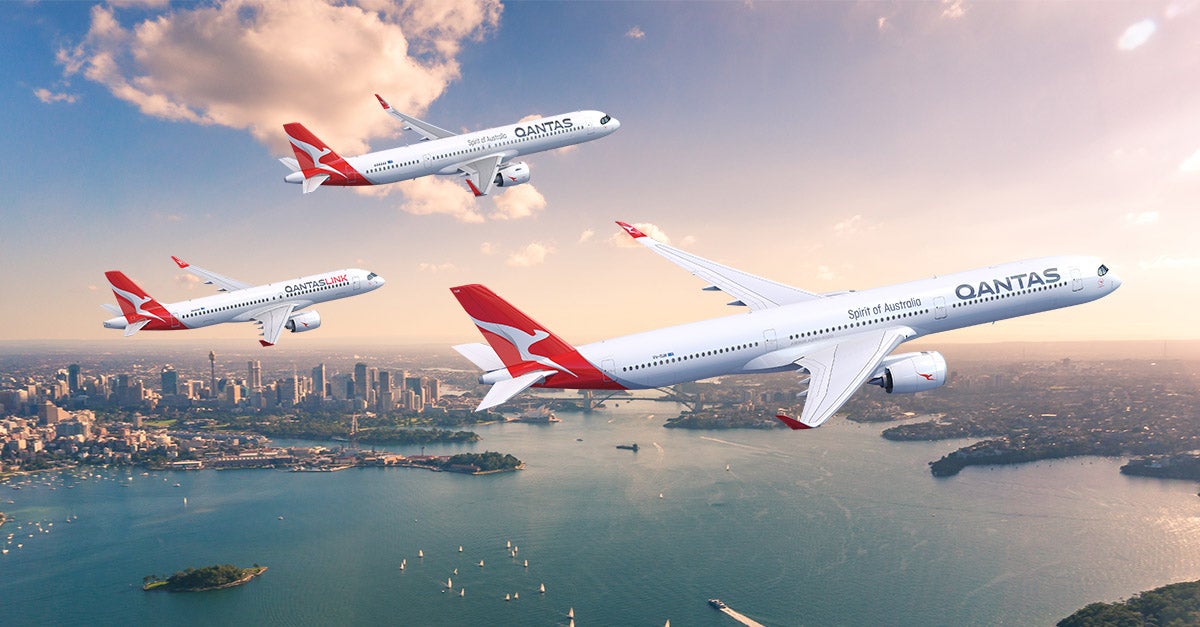 In the last three months of 2019, well before the pandemic’s worldwide effect on air travel, Qantas Airlines operated three very long “research flights,” as it described them, to gauge the effects of all that time in the air on the well-being of the passengers and crew. Part of an initiative called “Project Sunrise,” the flights were ultra-long-hauls that each lasted more than 19 hours. For example, the second of the flights saw a Boeing 787 Dreamliner cruising from London to Sydney in November, with a tidy flight time of 19 hours and 19 minutes.

Today, Qantas announced that it was gearing up for takeoff for more flights like that, with an order for a dozen new Airbus A350-1000 aircraft, all of which will be “capable of flying direct from Australia to any other city including New York and London,” the company said in a statement. Those flights are set to begin at the start of 2025, Qantas said, and if the air time from those research flights is any indication, expect them to last around 19 hours in the sky.

Ultra-long-haul flights are nothing new, of course, and in November of 2020, Singapore Airlines launched an exceptionally long route between New York City and Singapore. The metrics from just one of those specific flights, traveling from Southeast Asia to the East Coast of the US, are impressive: The plane was in the air for around 17 hours, departing with some 238,540 pounds of fuel on board for a journey that spanned almost 9,000 nautical miles.

If it feels like international flights on large planes are getting longer, that’s because they have been—at least before the pandemic, and just slightly. Andy Buchanan, a transportation expert at Oliver Wyman, a consulting firm, reports that they were getting longer both by distance traveled and flight time. From 2010 to 2019, the average mileage covered per nonstop flight globally among wide-body aircraft (think: a big plane with two aisles) increased by around 8 percent, he says. Also from 2010 to 2019, the percentage of flights that were between 12 and 15 hours long increased by about two percent, and those between 15 and 18 hours long increased by about the same amount.

[Related: The world’s longest commercial flights, by the numbers]

Aircraft like Boeing’s 787-9 and the Airbus A350 offer longer ranges, and better operating costs, than previous aircraft, he notes. “I think the combination of the range capability that airlines are getting with the better economics—the cheaper operating costs relative to what they used to have—is causing a lot of airlines around the world to look at these new routes that perhaps they had been looking at, or thinking about, for years, but they just didn’t have the ability to reach them effectively,” he adds.

Indeed, Qantas’s CEO reflected that aircraft have defined what they can do over the years. “The 707 introduced the jet age, the 747 democratized travel, and the A380 brought a completely new level of comfort. The A350 and Project Sunrise will make any city just one flight away from Australia,” he said in a statement. “It’s the last frontier and the final fix for the tyranny of distance.”

Buchanan notes that while the trend was towards longer flights before the pandemic, the outlook for what the future holds now for lengthy international flights is less clear. “International demand is starting to come back—it is showing signs of recovery—but it’s just further behind the domestic and shorter-haul demand,” he observes.

For these very long flights into and out of Australia, imagine an aircraft that holds 238 people and that includes “a wellbeing zone” in the middle.

So will people want to buy tickets for 19-hour-long non-stop journeys that soar from Europe or North America to Australia? “Naturally, there’s a limit to everything, but I do think that what we saw in the trends does suggest that people are certainly willing to take these flights,” Buchanan says. “I do think they have appeal at least to some segment of the traveling public—my suspicion is that they probably have the broadest appeal to corporate business travelers, or other time-sensitive travelers.”

One thing is clear, however: Whoever signs up for these long flights should be sure to get up and stretch (perhaps in a “wellbeing zone”) in between the many movies they consume.