Now we know what caused that plane ‘quarantine’ at JFK

Spoiler alert: It's not zombies. 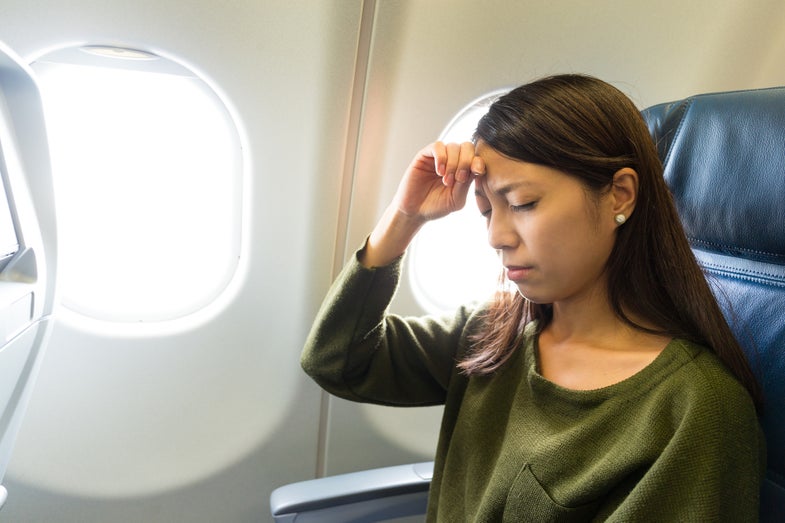 Update: A new statement from the CDC says of the 11 passengers taken to the hospital, “Preliminary tests indicate that some patients tested positive for influenza and/or other common respiratory viruses.” They are being treated. The CDC asks that the other passengers on the plane contact their health provider if they start to have symptoms.

The good news is, we’re (probably) not witnessing the start of a zombie apocalypse—but the news of Wednesday morning’s quarantine of a flight carrying more than 500 people at John F. Kennedy International Airport in New York does point to a vector of disease transmission that freaks out the public.

The Emirates jet departed from Dubai International Airport, one of the world’s busiest transport hubs, at 3:21 a.m. local time. It landed at JFK on Wednesday morning after a 14-hour flight and was immediately quarantined, causing serious speculation after the report got out. The Centers for Disease Control and Prevention (CDC) received a report that passengers and crew members on the flight were “complaining of illness including cough, fever, and symptoms of gastrointestinal illness,” spokesperson Benjamin Haynes told Popular Science in an email.

Together with local officials and emergency responders, CDC public health officers “have completed health evaluations (including taking temperatures) of all 549 passengers and crew members on board,” Haynes wrote. Eleven people were taken to the hospital, and the remaining passengers went on their way that same day. “We are requesting the passengers who have been evaluated and released to call their provider and health department if they develop any symptoms,” he wrote. On Thursday afternoon, the CDC reported that some patients had tested positive for the flu and/or other common respiratory viruses, and were being treated.

During the so-called quarantine, tweets from some passengers aboard fueled speculation about the severity of illness on the airplane. Passenger Erin Sykes tweeted a video showing an airplane official telling passengers they had to remain on the plane after it landed. “This is 100% not food poisoning,” she wrote. After landing, the plane was met by officials and first responders. A still from news footage shows the landed plane girded by buses and what appears to be seven ambulances.

According to a tweet from rapper Vanilla Ice, who writes that he was on the flight, the symptomatic passengers were in the lower deck of the plane. His account is supported by a passenger who spoke with the Associated Press. The double-decker airplane that made the trip is an A380, the world’s largest commercial aircraft according to Airbus, the company that manufactures it.

“Certainly, this does not sound like the beginning of a new pandemic,” says University of Michigan epidemiologist Matthew Boulton, who served as the state’s Chief Epidemiologist from 1998 to 2005 and has acted as a CDC scientific advisor. Although the information is sketchy at this point, he says, it sounds like the plane was temporarily detained as a precaution—not formally quarantined. “Quarantine separates and restricts the movement of people who were exposed to a contagious disease to see if they become sick,” according to the CDC’s definition. Isolation is the same thing, but for people who are already sick, to make sure they don’t infect others.

“Quarantine implies that they went over, parked the plane, and the people were socially isolated for a period of time,” Boulton says. That wasn’t the case in this situation: passengers all disembarked from the plane within hours of landing, and most of them immediately went on their way.

Despite social media hoopla to the contrary, he says, the probability of this pointing to a wholly new contagion warranting a quarantine “… is extremely remote.” Currently, federal law only authorizes for isolation and quarantine in the case of nine illnesses. These range from hemorrhagic fevers such as ebola to the vaguely defined “flu that can cause a pandemic.” It’s likely that the passengers didn’t show symptoms of any of these, either, or they wouldn’t have been allowed to depart and go out into the world. And the CDC’s Thursday announcement seems to confirm earlier suspicions of a relatively run-of-the-mill, flu-like illness.

A CDC expert who could address the organization’s quarantine policies was not available on deadline, but Haynes referred Popular Science to CDC guidelines for preventing the spread of illness on an aircraft. Those guidelines recommend basic precautions like washing your hands and isolating infected passengers, and point to regulations requiring cabin crew to report death or specific kinds of illness, such as fever of more than 100.4 degrees Fahrenheit coupled with a second symptom, to the CDC. It is unclear what exactly was reported to the CDC in the case of this Wednesday’s flight.

Airplanes, with their cramped spaces, recycled air, and general feeling of malaise, have certainly captured the public imagination as a way for disease to spread. But if anything, says Boulton, “what’s most surprising is that we don’t see more of it, given how much international travel there is.”

In the past two decades, he says, a series of outbreaks—think West Nile Virus, SARS, and Ebola—have made people more aware that diseases don’t care about borders. “Local disease transmission can have global implications,” he says, and airplane travel can be a good method of transmitting it. Often, quarantine decisions “are made in the context of where the plane is coming from,” he says.

Even though it seems likely that no serious harm will come to affected passengers, it’s a good sign that federal officials took the illnesses seriously and were able to respond. After all, 19 passengers on one flight coming down with the same thing is a big number. “That’s actually a fairly large cluster of illness in a common venue,” Boulton says. If nothing else, it’s good to see the CDC is able to mobilize and handle such a situation.

This article was originally published on September 5. It has been updated.