Getting on a plane? Here’s how they’re inspected to keep you safe

This is what the FAA demands when it comes to ensuring the safety of commercial aircrafts. 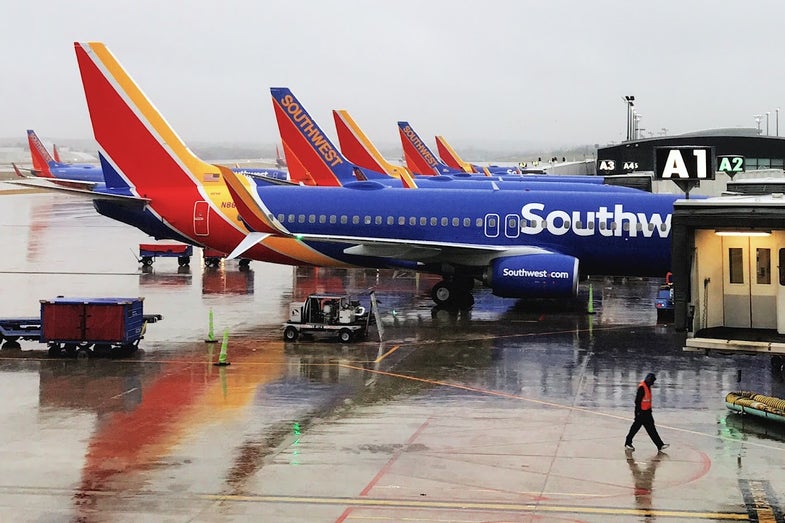 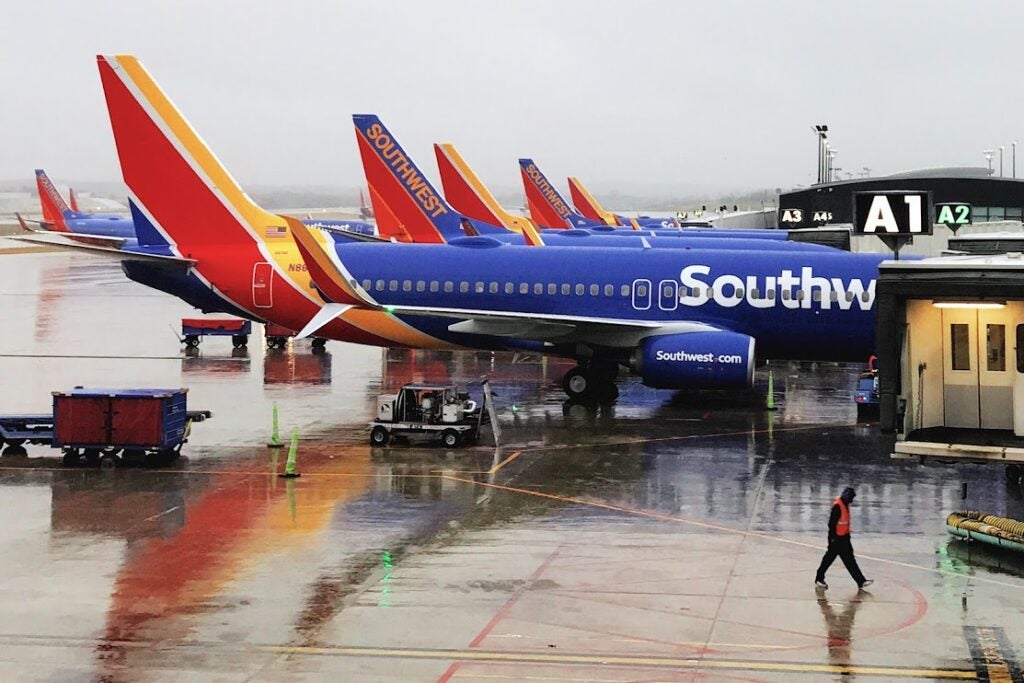 The April 14 incident aboard Southwest flight 1380 was the first death aboard a U.S.-based airliner in nearly a decade.

Aviation has had a great run in recent years. Until the fatal Southwest Airlines accident on April 17, there hadn’t been a single death aboard a U.S.-based airliner in nearly ten years. That pristine safety performance was brutally truncated by the incident above Pennsylvania, in which an engine fan blade broke off and penetrated the nacelle. Debris then crashed through a window in the fuselage and killed a 43-year-old mother, Jennifer Riordan.

It’s a highly significant incident that ended without greater loss of life. Though still a rarity in commercial aviation in general, the plane’s fan-blade failure—along with a similar but nonfatal event in 2016 on the same airline—nevertheless made the public highly cognizant of aging patterns and maintenance needs aboard aircraft, and carrier inspection protocols that work to ensure flying remains a safe proposition.

Of course, airplanes have grown safer with each new generation; advanced designs and safety strategies are key contributors to current record-low accident rates. But frontloading all the safety measures imaginable into a new plane could still mean nothing if a tiny crack turns into a disastrous failure somewhere else on the aircraft. As a result, keeping events like the Southwest disaster rare falls on the inspection processes that airlines must carry out regularly out on their fleet of jets. These processes are so critical that the aircraft makers encode them into each vessel from the design phase.

“When an airplane is developed, they don’t just design it and figure out the strength of the composites and the thickness of the aluminum,” says Hans Weber, an airline operation consultant with ACA Associates in San Diego. “Right along with that they also establish a maintenance inspection procedure for the life of airplane.” When the FAA grants an aircraft a final certificate of operation, it also, says Weber, “approves the maintenance and inspection procedure right along with it.”

These periodic inspection rules vary based on the aircraft type, but all craft, from small private and business jets to military and commercial, must abide by them. Informally called “checks,” the inspections follow schedules based on flight hours and cycles—that is, specific numbers of takeoffs and landings—or prescribed calendar periods if those arrive first. A-checks and B-checks are the lighter inspections, typically executed overnight and involving visual examinations of engines, landing gear, control surfaces, and other key systems as well as routine maintenance, such as fluid checks and examination of safety systems, like evacuation slides. C-checks are more involved. These require taking the plane out of service for a few weeks roughly every two years. D-checks are major events, occurring approximately every decade of active use, that involve taking apart most components, from the engines to the electronics to the landing gear and even the interiors, for a more thorough, deep-tissue examination. These checks can last several months and cost millions of dollars, including parts replacement and assorted heavy-maintenance steps.

Airlines might conduct these checks at their own facilities or outsource them to third parties, but the carriers are ultimately responsible for ensuring the aircraft are inspected on schedule. They must also routinely inspect the inspection processes themselves—by way of updates and modifications to their service requirements, which are provided by the manufacturer as improvements are made to the specific models in service.

In addition to ensuring that lights turn on, toilets flush, and in-flight-entertainment systems play glitch-free, the inspections probe deep into cockpit avionics, flight controls, and life-safety systems, such as oxygen supplies and pressurization systems. They also delve into structural components such as fuselage and wing panels and, of course, the engines. Those receive the most scrutiny. The engines and structural hardware endure stresses from virtually continuous use, Many of these forces are well understood, but understanding also evolves over time. Engineers develop the timing of inspections from, continuously updated databases of material strengths and load capacities, as well as from knowledge of when cracks and other flaws develop and how fast they grow.

Maintenance gets more complicated as airplanes age. “The life of an airplane is divided into what we call economic lifetimes, one of which is the period where its economical to fly the airplane with its initial maintenance cycle,” says Weber. “If you go beyond that you have to do extra work, and today airplanes are used for several economic lifetimes.”

That means, for starters, that airlines carry out inspections at shorter intervals and employ more sophisticated techniques for detecting problems. Inspectors will use advanced scanning technologies to look for microscopic cracks that might form beneath the surface. These small fissures can be the most dangerous. “A fuselage can accommodate a single long crack, for instance,” says Weber, “but it can’t accommodate many small cracks that form between rivets, weakening their hold on the structure.”

It’s known, as well, that a fuselage—under severe load changes due to the constant pressurization and depressurization of the cabin—will age faster than a wing. When fatigue materializes there, parts will need replacement. The airplane can fly indefinitely, says Weber, but it’ll gradually become less and less “original.”

In the engine, the spinning movement stresses internal parts, which want to fly away from the center of the engine as they spin. This causes metallurgical wear and tear. Because engines are only at full thrust during takeoff, the number of cycles tends to weigh more heavily than do flight hours in scheduling inspection intervals. But while fan blade fatigue appears to have caused the two recent Southwest accidents, among others, the greatest threat, Weber says, comes from deeper inside the engine, at the compressor.

The blades here are much heavier, and can cause greater damage than a dislodged fan blade. Notable cases include a United Airlines DC-10 that crash landed in Sioux City in 1989 when the engine exploded and severed critical hydraulic lines, requiring some heroic piloting; the resulting set down saved half of the passengers. In 2010, a Qantas Airlines A380 suffered a similar explosion but landed safely. Such incidents, which typically originate from material flaws in components, prompted tighter inspection frequency and the addition of sensing technologies—including eddy current testing, which uses electromagnetic probes to scan surfaces for cracks—to the original visual inspection requirements.

As the times change, so do inspection protocols. For instance, higher fuel-efficiency standards now force engines to run hotter—presenting new fatigue patterns. The industry must often learn on the fly about new composites and alloys. Aircraft that spring from clean-sheet designs are continuously subjected to accelerated fatigue testing in laboratories in order to stay ahead of the life-cycles of the airplanes actually in service.

Still, stuff happens, and the inspection systems are designed to account for surprises as well. Last month’s Southwest Airlines accident proved to be a perfect example, Weber says. Originally suspected of being a so-called “containment failure”—in which a blade from the front fan breaks away and goes through the engine casing, something engines are specifically designed to avoid—that wasn’t what happened. “The containment system actually worked—the blade was right there in the engine,” Weber said. “But the nacelle itself was ripped off and it was those parts that went into the window. That’s not supposed to happen, either, so that’s an open question—how could it have?”

As a result, investigators looking at the Southwest accident will have to pursue two lines of inquiry, about both why the blade separated in the first place—metal fatigue is the most likely culprit, according to initial NTSB reports—and why the nacelle disintegrated. Furthermore, the inspection process itself will come under scrutiny to determine why neither of these problems were detected ahead of time. Meanwhile, the nacelle failure, which is a design problem, will require a fix from engine manufacturer that could take several years to implement.

In the interim, the FAA has, perhaps ordered precisely what you’d expect at this point. That’s right: More frequent inspections of those engines.