The surprising politics of sidewalks

It takes a lot more than concrete to get a sidewalk built. 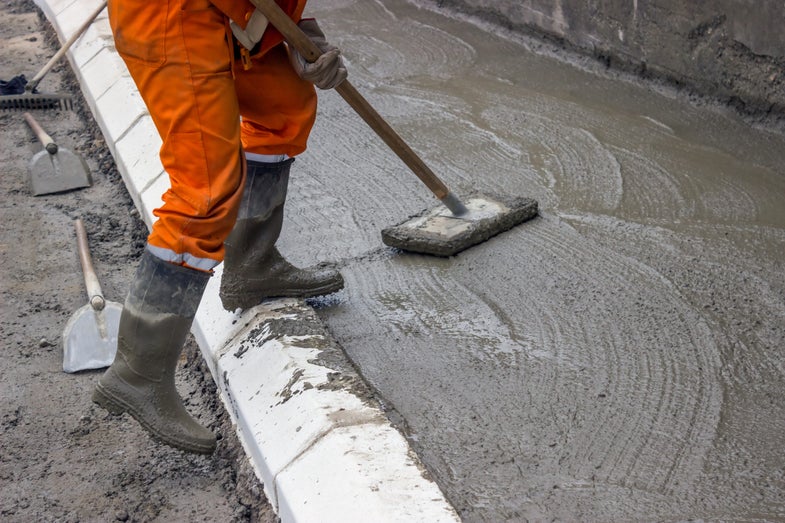 In Shel Silverstein’s beloved children’s poetry collection, “Where the Sidewalk Ends” is a paradisal space, free from the pressures of the city. “Let us leave this place where the smoke blows back,” he wrote, “and the dark street winds and bends… to the place where the sidewalk ends.”

The verse, which mainly advocates we all spend more time in nature, also reflects the era in which it was composed. In 1974, Americans were fleeing what they perceived to be rundown and unsafe urban spaces, taking to the suburbs by car. While sidewalks were essential for city living, sprawling subdivisions were rarely tackled on foot. If and when someone needed to walk, city leaders left them to walk in the street itself.

But in 2018, the outlook is a little different. The world is rapidly urbanizing. By 2050, more than 2.5 billion will move into cities. In the United States, already one of the most urbanized nations on Earth, millennials are gravitating toward cities in search of jobs. At the same time, elderly Americans are coming to prize a place’s “walkability,” which makes it much easier for older bodies to get around. The suburbs have seen their own increase in population and, with it, numerous traffic woes, which have prompted locals to consider alternative modes of transportation. Along the way, sidewalks have come to represent the chaotic intersection of infrastructure budgeting, safety concerns, and property rights in communities across the country.

Emiko Atherton is the director of the National Complete Streets Coalition, which has been researching, promoting, and implementing safer street design since 2004. She says that incomplete streets, whether they’re lacking sidewalks or bike lanes, need roundabouts or safer left turns, pose a safety risk to pedestrians. “While overall traffic fatalities are declining thanks to technological innovations in the car,” she says, “the proportion of bicycle and pedestrian fatalities are going up.”

In 2017, traffic deaths numbered 40,100 deaths, a 1 percent drop from the previous year, according to a report by the National Safety Council. This is attributed to the rising number of cars equipped with automatic emergency braking, as well as increased rates of seatbelt use. But higher speed limits, distracted drivers and walkers, and built environments that prioritize cars over people mean pedestrians are at as great a risk as ever.

The recent Uber autonomous vehicle crash in Tempe, Arizona has been held up as an example of this phenomenon of dangerous design. On the evening of March 18, Elaine Herzberg tried to cross the eight-lane street with her bike and was hit by the self-driving car. Police chief Sylvia Moir responded at the time by saying, “It is dangerous to cross roadways in the evening hour when well-illuminated, managed crosswalks are available.” But subsequent reporting called attention to the fact that the particular road Herzberg was crossing lacked a painted, illuminated crosswalk or other basic safety measures.

Poor pedestrian design can affect anyone, but Atherton says that incomplete streets disproportionately affect two populations: seniors and people of color. In the days before the Uber autonomous car killed Herzberg, three people over the age of 60 were killed by a single driver in Fountain Hills, Arizona, a mere 30 minutes from Tempe. Every street is different, but fixed incomes and slower-moving bodies mean elderly people are at a higher risk of death from walking-related accidents than other people.

Meanwhile, people of color disproportionately live in communities that are cut off from adequate public transportation and safe design. Not only are people living on the wrong side of the highway, as it were, at a higher risk of an accident, they also experience reduced access to all manner of services. “These communities are also cut off from opportunities, like jobs or healthcare or other factors that lead to economic [im]mobility,” Atherton says.

So why don’t we just pour a little concrete out for these walkers? Anastasia Loukaitou-Sideris, an expert in urban planning at the University of California Los Angeles, says it goes back to the Shel Silverstein days.

“There is this perception… that if we have sidewalks, we’re going to bring people who do not belong to our neighborhoods,” she says. In the post-World War II era, many Americans left the cities to live in suburbs with big garages and, just as important, people who weren’t white and middle class like them. Now, as walkability is considered a priority once more, communities find that retrofitting their existing streets to include sidewalks is expensive, sometimes prohibitively so, and requires compromises some just don’t want to strike.

Sidewalk standards are regulated and funded by numerous agencies, from the Federal Highway Administration down to individual city councils. But there are some general principles—and associated price tags—for a good sidewalk.

To accommodate all pedestrians, including those with physical disabilities, sidewalks must be six feet wide, curb included. They should, at their most basic, have a fairly gentle slope and offer a long line of sight. Pedestrian crosswalks, meanwhile, should have reflective paint and signs that attract driver’s attention, especially at night. If it’s a lighted intersection, the time on the countdown clock has to realistically allow for people to make it across the street in one fell swoop—even if they’re elderly or disabled.

Once those basics are met, the potential for customization is endless. “We do encourage people to look beyond the curb,” Atherton says. Elderly people report preferring streets with benches or other outposts that allow them to sit and rest on, say, their trip to and from the grocery store. Everyone seems to prefer shaded streets, so trees are highly encouraged. To make the community traversable at night, street lights are essential. And to keep the streets clean, garbage cans are a must. “A complete trip is one that’s safe, but it’s also comfortable, it’s accessible, it’s affordable, and completed in a reasonable travel time,” Atherton adds.

In some communities, sidewalks go even beyond transportation and serve as a community and commercial space. In Chicago’s Little Village, a predominantly Latino community and a favorite site for urban design researchers, the sidewalks are regularly filled with vendors selling fresh fruit and other goods. In other communities, local restaurants may take an advantage of the extra space for some al fresco dining in fair weather.

But if these features weren’t a part of the original construction, they’re not cheap to go back and add in. One report from the Federal Highway Administration estimated that sidewalks can cost between $150,000 and $250,000 per mile, based on numbers from a 1999 Oregon Department of Transportation report, if added after road construction is completed. More recently, the town of Missoula, Montana tried to add in sidewalks to existing infrastructure as part of its own Complete Streets Resolution. A 2012 CityLab article reported that the sidewalk would cost $5,000 per 50 feet, and double that on street corners. While many residents supported the sidewalk initiative, the steep costs (property owners typically have to contribute to sidewalk construction fees) angered others.

The resistance goes beyond finances, however, landing somewhere closer to the heart. In Edina, Minnesota, city officials decided to implement an economically feasible plan that would add sidewalks over the next two decades to attract young people to the town. But they found that older residents were “up in arms,” in the words of the local paper, the Star Tribune. “We have a beautiful, natural neighborhood and now they want to citify it,” one local said at that time. In communities like these, sidewalks are seen as threatening the slow-going, car-centric, and, in some cases, closed-off lifestyle many residents value.

“You see that, especially in wealthier, more suburban areas, [people] feel they don’t need sidewalks and so they don’t build sidewalks,” Loukaitou-Sideris of UCLA says. But, she argues, sidewalks are for everyone, even car owners. “Some people are walking for pleasure, some people are walking for health, and some people walk because they have to,” she says. You may drive to work, but sidewalks allow kids to walk to school, the elderly to exercise, and, most importantly, citizens to mingle.

The spot where the sidewalk ends can still be a space for escape and discovery as it was in the pages of Silverstein’s books. But next time you find yourself on the edge of your city’s pedestrian network, ask yourself if something should be done to fill the missing piece.