With infrared cameras, they can detect people and animals as well 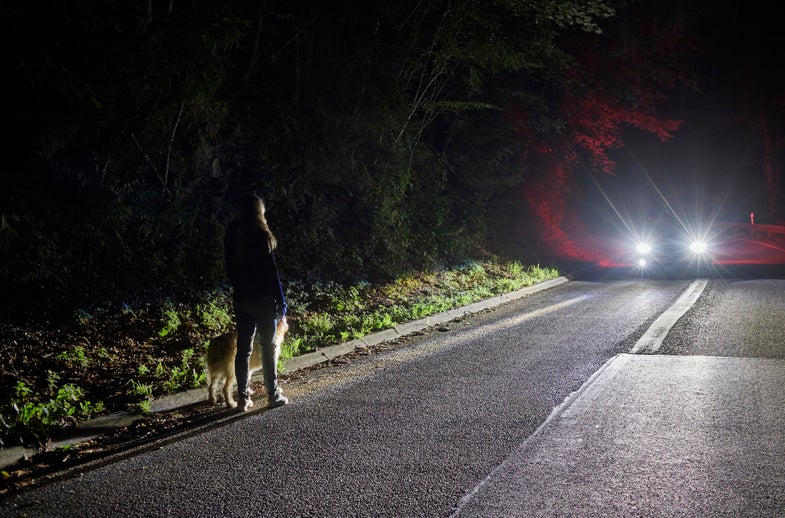 In the late ’40s, the Tucker Torpedo featured a third headlight dubbed the Cyclops Eye.

The centrally mounted unit was connected to the steering rack, and thus could pivot its beam around corners. It was just one of the many innovative safety features found on Preston Tucker’s doomed machine. And while illumination has come a long way in the decades since, by modern standards, headlights are still relatively dumb appliances.

But that’s changing. And the Ford Motor Company is just one of the groups developing technology to bring automotive lighting into the 21st century.

The future, as they say, looks bright.

Ford’s Camera-Based Advanced Front Lighting System will harness an infrared camera, GPS signals, and special traffic sign recognition technology to make navigating dark roads easier. Along with alerting drivers to pedestrians, cyclists, and animals in the vehicle path, the system will be able to “remember” previously traveled roads and adjust lights to better allow drivers to see bends and potential hazards. At this point, eight risks can be tracked at one time, and the system will even prioritize the top two threats.

Audi currently offers some of that functionality via its Matrix LED system, though, due to a technicality in domestic laws, it’s not available stateside yet. General Motors Company, via its European unit Opel, is also working on headlights that can track your eye movements.

Of course, regulation that impedes new lighting technology isn’t exactly new. Upon the debut of the Tucker Torpedo, its third headlight was illegal in almost 20 states. But when it comes time to offer the Camera-Based Advanced Front Lighting System on its vehicles, something tells us Ford will fare better than Preston Tucker did in getting the laws changed.